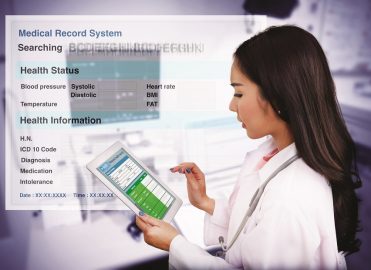 Electronic health records (EHRs) are supposed to allow for the sharing of health information. If a patient, for example, is found to have an allergy to penicillin at the family doctor’s office, then emergency room and other medical providers should be able to see the allergy in their EHR systems. Unfortunately, EHR systems do not currently share information. Due to federal law, that’s about to change.

Welcome to the 21st Century

The 21st Century Cures Act of 2016 prohibits the blocking of heath information.[1] Section 4200 of the law explains that not sharing information is “preventing, discouraging, or interfering with the access, exchange, or use of information.” The law strives for EHR data interoperability. This means that a penicillin allergy or a medication change entered in one EHR terminal will update the patient’s data throughout our country’s entire EHR network.
How EHR interoperability will occur is not defined, but the law warns that EHR vendors can be de-certified if information is blocked. The law goes as far as to shield a medical provider from Medicare EHR incentive program penalties should the provider’s EHR system be de-certified.
A letter by 13 stakeholder groups was sent August 2017 to Donald Rucker, MD, National Coordinator of the Office of the National Coordinator and Daniel R. Levinson, Inspector General for the Department of Health and Human Services to act on the law and order EHR interoperability.[2] The 21st Century Act, stakeholders wrote, “if implemented correctly, can facilitate the sharing of information to both enhance personalized care, as well as strengthen the growing population health model of coordinated high-quality care.”

Keep Your Eye on the Prize

The Health Information Technology for Economic and Clinical Health Act of 2009 (HITECH) allocated $25.6 billion to be paid to doctors and health systems for the adoption and meaningful use of EHRs. In 2008, only 17 percent of doctors used an EHR system.[3] Due to HITECH, most of our patient records have been converted from paper medical charts to the EHR digital format. Since January 2015, doctors face a financial penalty if not using certified EHR technology.
The 21st Century Cures Act amends HITECH and requires HHS “to reduce regulatory or administrative burdens relating to the use of EHRs” (Sec. 4001). While the lack of EHR interoperability endangers patient care, it also disrupts workflow throughout our healthcare system.
Be alert to the 21st Century Cures Act and the responses of EHR vendors. If this law is acted upon, realization of EHR interoperability will complete our country’s conversion of medical records from paper to digital format. 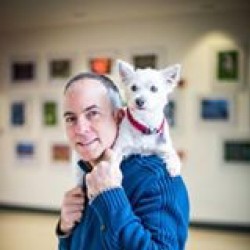 About Dr. Michael Warner Has 19 Posts

Michael Warner, DO, CPC, CPCO, CPMA, AAPC Fellow, is an associate professor at Touro University California, president of non-profit Patient Advocacy Initiatives, alternate advisor on AMA RUC, and an AAPC National Advisory Board member. At Touro, he is conducting a series of research projects with the online tool www.PreHx.com to determine evidence-based best practices to accommodate a patient-authored medical history and improve data gathering flow.