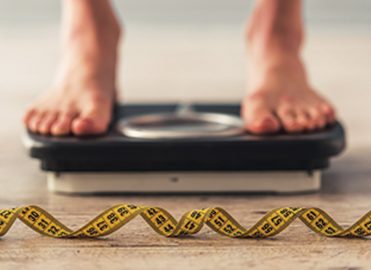 Studies show that 30 million people in the United States suffer from an eating disorder, of which anorexia and bulimia are common types. Both conditions are the result of inappropriate caloric intake, but there are important distinctions you must know to code these services appropriately.

Anorexia nervosa is defined by an extremely low body weight coupled with a psychological disorder manifested as an illogical fear of weight gain and/or an inaccurate perception of the body image. There are three types of anorexia nervosa:

Restricting anorexia indicates the patient is restricting food intake, but does not engage in binge eating or purging. The patient severely limits the quantity of food eaten. Because food intake is well below the body’s caloric requirement, the patient is, in effect, starving.
Binge eating or purging anorexia indicates the patient is self-inducing vomiting or is misusing laxatives, diuretics, or enemas. This disorder is most commonly manifested when the patient is feeling guilty after eating, which results in the purging routine. Often, the patient will exhibit excessive exercising, and may go for long stretches without eating (in addition to purging or binging).
It’s important for a provider to clearly indicate the type of anorexia present. Without this information, the third category of unspecified is appropriate (but not ideal).
F50.00   Anorexia nervosa, unspecified
F50.01   Anorexia nervosa, restricting type
F50.02   Anorexia nervosa, binge eating/purging type
You must also understand the difference between anorexia (R63.0 Anorexia) and anorexia nervosa. There is the psychological component of body image disturbance present with anorexia nervosa; R63.0 is for an unexplained loss of appetite, not associated with a psychological component.
You may see additional diagnoses for complications related to anorexia nervosa such as:
Amenorrhea (N91 Absent, scanty and rare menstruation)
Lethargy (R53.83 Other fatigue)
Loss of hair (L65 Other nonscarring hair loss)
Malnutrition (E40-E46)
Low body mass index (BMI) for an adult, 19.9 or less (Z68.1 Body mass index (BMI) 19.9 or less, adult)
Low pediatric BMI, less than fifth percentile for age (Z68.51 Body mass index (BMI) pediatric, less than 5th percentile for age)
Anemia (D50 Iron deficiency anemia)
Constipation (K59 Other functional intestinal disorders)
Weakness (R53.1 Weakness)
Low blood pressure (I95 Hypotension)

Bulimia nervosa, like anorexia nervosa, is defined as a psychological disorder. Bulimia differs from anorexia nervosa binge-eating/purging in that the patient is defined as a compulsive eater, often consuming large amounts of food secretly and then purging or using laxatives, etc., to rid themselves of the unwanted calories. A patient with bulimia may have long periods of food restriction between the binge eating sessions.
When binging or purging is involved, it’s important the provider’s documentation supplies the detail necessary to make the distinction between types of binge-eating/purging disorders.
The difference between a binge-eating disorder (F50.81 Binge eating disorder) and bulimia (F50.2 Bulimia nervosa) is that bulimia involves purging or self-inducing vomiting; F50.81 describes binge eating without purging. Binge eating is often associated with obesity (E66 Overweight and obesity).
Use code F50.9 Eating disorder, unspecified to define atypical types of anorexia or bulimia nervosa, such as orthorexia nervosa, which is obsessive pursuit of a healthy diet. One of the differences between this type of nervosa and the others previously noted is that often it does not involve body distortion or anxiety.

Other eating disorders include pica (urge to eat non-food substances) and avoidant restrictive food intake disorder (ARFID). ARFID is normally not related to a psychological or physiological disease. It’s most often related to a fear of eating due to a previous episode of choking, vomiting, etc. Polyphagia is a disorder involving excessive eating in large quantities without elimination or purging. Codes include:
Pica in adults (F50.89 Other specified eating disorder)
AFRID (F50.82 Avoidant/restrictive food intake disorder)
Polyphagia (R63.2 Polyphagia)

Your physician office may offer or refer services to assist patients with eating disorders. In addition to a psychiatric referral, often a registered dietician is used to provide nutritional therapy. These services are coded under 97802-97804:
97802    Medical nutrition therapy; initial assessment and intervention, individual, face-to-face with the patient, each 15 minutes
97803              re-assessment and intervention, individual, face-to-face with the patient, each 15 minutes
97804              group (2 or more individual(s)), each 30 minutes
During the initial visit, the nutritionist must document the assessment and intervention. The assessment will include a detailed medical history with all acute or chronic illnesses, current medications and vitamins, diet history, normal daily food intake, etc. Documentation regarding economic status, ethnicity, and cultural, education, and mental health background should be on record. A physical examination is performed including height, weight, BMI, and limb circumference. The purpose of this service is to develop a nutritional therapy plan to address the patient’s dietary needs.
During the re-assessment, the nutritionist determines if the original therapy plan was effective. The documentation during this session should include nutritional therapy and counseling services provided to manage the condition or disease, and changes to the plan, as needed.
Nutrition therapy codes are time-based: The nutritionist must document the time spent. Note also that 97802 and 97803 are individual face-to-face assessments, while 97804 is for a group setting. Use HCPCS Level II codes G0270-G0271 to identify a change in diagnosis requiring additional services within the same year of the initial assessment (97802). There are also HCPCS Level II S codes (not payable under Medicare) to report classes to assist patients:
S9449    Weight management classes, non-physician provider, per session
S9451    Exercise classes, non-physician provider, per session
S9452    Nutrition classes, non-physician provider, per session

Chelle Johnson, CPC, CPMA, CPCO, CPPM, CEMC, AAPC Fellow, has more than 25 years’ experience in the medical field. She has worked for both payers and providers, specializing in federally qualified health centers, family practice, public health, compliance, obstetrics/gynecology, and pediatrics. Her past 20 years has been with the County of Stanislaus Health Services Agency in Modesto, Calif., where she serves as a local chapter officer.