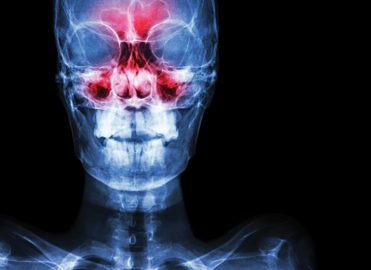 2018 brings us new functional endoscopic sinus surgery codes (FESS) which bundle a total ethmoidectomy with both a frontal sinusotomy and a sphenoidotomy with and without removal of tissue.  2018 CPT® also provides a new bundled code for a frontal and sphenoid endoscopic balloon dilation.  On initial review of these new codes and the instructions in the AMA CPT® code book,  it is confusing as to how to one should code when 3 or 4 sinuses are operated on the same side.

According to the American Rhinologic Society, several nasal sinus endoscopy services were identified as potentially misvalued because billing patterns revealed they were billed together more than 75 percent of the time (same beneficiary/same day of service). As a result, the specialty societies were required to ‘bundle’ services together and create new codes that represented the combined services.
When services are bundled, the Centers for Medicare & Medicaid Services (CMS) expects to see significant reductions in work relative value units (wRVUs) to account for inefficiencies. CMS finalized 2018 values for five new nasal sinus endoscopy CPT codes (31241, 31253, 31257, 31259, and 31298) and 10 existing nasal sinus endoscopy CPT codes.

It makes sense that a partial and total ethmoidectomy are bundled with the new codes, 31253, 31257, and 31259 since each of the new codes includes a total ethmoidectomy. A maxillary antrostomy still stands alone and is not included in any of the codes, so the combination codes only include the anterior and posterior ethmoid sinuses along with the frontal and sphenoid sinuses. So if a maxillary antrostomy is performed with a total ethmoidectomy and a frontal sinusotomy on the same side, it would be coded with the combination codes 31253 plus 31256 if no tissue was removed and plus 31267 if tissue was removed. If a maxillary antrostomy, total ethmoidectomy, and sphenoidotomy are performed on the same side, there are a few combinations of codes that may apply, depending if tissue was taken out of the maxillary sinuses and/or sphenoid sinuses.
31257 and 31256 if no tissue was removed from either maxillary or sphenoid sinuses
31257 and 31267 if tissue is only removed from the maxillary sinus
31259 and 31256 if tissue is only removed from the sphenoid sinus
31259 and 31267 if tissue is removed from both the maxillary and sphenoid sinuses
CMS finalized direct practice expense inputs for this family of services as well as including updates to the “sinus surgery balloon (maxillary, frontal, or sphenoid) kit.” CMS included 0.5 kits for CPT codes 31295, 31296, and 31297 and one kit for CPT code 31298. The specialty societies urged the Agency to develop a standalone HCPCS Level II supply code for the balloon kit, to allow providers flexibility in reporting the quantity of actual kits used. CMS rejected the request. 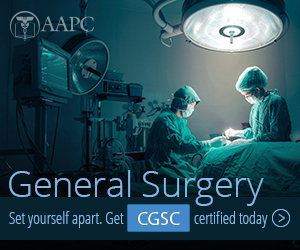 Take a Deep Look Inside Surgical Procedures for Turbinates