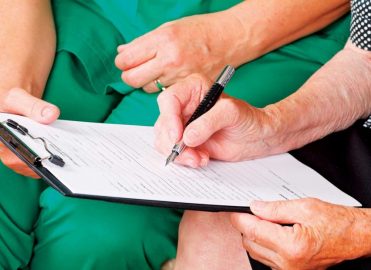 I often call Modifier 59 the prednisone of modifiers. That is because it is very powerful and can do a lot for you, like prednisone is for the patient. But at the same time, it is a two-edged sword, the modifier 59 is exceptionally dangerous when used incorrectly and care is not applied, just like a doctor would find for their patient when using prednisone.
Modifier 59 is the universal unbundling modifier. When used on a claim line, it unbundles two procedures that normally would be bundled and not paid together. Modifier 59 is telling the payer that this situation is an exception and although these two codes are normally bundled, there exists a special situation that you should consider which makes these two codes which normally are bundled, separately payable.

Remember that most claims are automatically adjudicated, without anyone reading or looking at the documentation. All the payer has is what is on the CMS 1500 claim transmission. The Modifier 59 provides extra information so that the claim should get processed correctly because of the claim submitter’s special circumstances without the claim processor having to read the notes.
What are those special circumstances why two procedures that are normally bundled should be paid?  They include:

Use Modifier X Series for 59

Medicare was concerned that providers was submitting the 59 modifier too often, just adding it when they felt they did not like the fact that two codes were bundled, and used the 59 modifier to get the two codes unbundled and paid. So, as of last year, Medicare decided that they would force the coding and billing operations to define why the 59 modifier is being used, so that the provider is making sure that one of the applicable reasons for using a 59 modifier was applicable to the case and is documented. So, Medicare created the following modifiers to replace the 59 modifier for Part B claims only:

Together, these modifiers are referred to as X[ESPU].
So, for Part B Medicare expects you to have reviewed the documentation and determined the reason for using the unbundling modifier and assign a reason to select the correct Part B Medicare modifier. The process is not different when using modifier 59 even though a specific modifier does not have to be defined because the reason and justification for using the 59 modifier still has to be present and the note has to support the 59 modifier because one of the above 4 reasons. So, although we should not use the X[ESPU] modifiers for non-Medicare Part B, we must make sure that we can support one of those X[ESPU] modifiers in the documentation when we select to us the 59 modifier.
I will give examples of how we would use the 59 or the X[ESPU] modifiers in my next blog. Stay tuned.