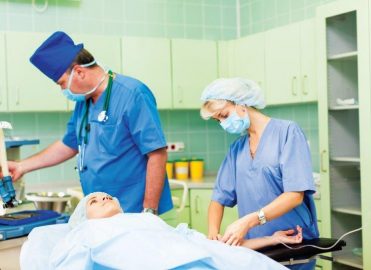 Other than the FESS CPT® changes for 2018, there are a few more CPT® updates to note for the upcoming year. The first changes have to do with Flaps (skin and/or deep tissues). Additional instructions were added to these codes, stating:

“The regions listed refer to a donor site when a tube is formed for later transfer or when a “delay” of flap occurs prior to transfer. Codes 15733-15738 are described by donor site of the muscle, myocutaneous or fasciocutaneous flap.”

Keep in mind that a repair of a donor site, requiring a skin graft or local flap is considered an additional separate coded procedure.

Flaps on Face and Heads

“For anterior pericranial flap on named vascular pedicle, for repair of extracranial defect, use 15731

For forehead flap with preservation of vascular pedicle, use 15731

The global period for 30140 Submucous resection inferior turbinate, partial or complete, any method has been reduced from 90 days in 2017 to zero global days in 2018. Because of the reduction of the global days, the facility RVUs for 30140 reduced to 5.12 RVUs and the non-facility RVUs reduced to 7.81 since no post-operative services are included with the provision of 30140.
This means that all services after the delivery of 30140 are coded and billable including E/M and procedures such as debridements. This also means that the debridements do not need a modifier, assuming no other procedures with a global, such as a septoplasty, were performed during the original surgical session. If FESS surgery and a submucous resection of the turbinates is performed, zero global days still apply and all services after these procedures are coded and billable.
Interestingly, the excision of turbinates (30130) which is a lesser procedure than 30140 has remained at 90 global days. As a result, this procedure, which is less complex than 30140, has more RVUs because of its 90 global days. Similarly, 30802, Ablation, soft tissue of inferior turbinates, unilateral or bilateral, any method (eg, electrocautery, radiofrequency ablation, or tissue volume reduction); intramural (ie, submucosal) carries 10 global days. 30802, which is used for radiofrequency coblation of turbinates. 30802 has 5.31 facility RVUs and 8.10 non-facility RVUs, more than 30140 because of the 10 global days, even though 30802 is a significantly lesser procedure than 30140. The elimination of the global days for 30140 while not modifying the global days for similar/interchangeable procedures, 30130 and 30802 has thrown these procedures RVUs and values out of alignment.
Keep in mind that if your provider preforms a FESS with an excision of the turbinates, (30130), the surgery now has a 90-day global period, while it would have had a zero global period had the surgeon perform the more complex submucosal resection of the turbinate, 30140. In this case, when the 30130 is performed, a 79 modifier is needed for post-operative debridements, when they are performed, to show that they are unrelated to the turbinate surgery and E/M services cannot be coded and billed for 90 days following the surgery. Treatment of postoperative services following a FESS and excision of a turbinate does not change from 2017 to 2018 because the global period has not changed.
Finally, since a septoplasty still carries a 90-day global period, any time a septoplasty is performed with FESS surgery, the same applies as when an excision of a turbinate is also performed. All E/M services are included in the surgery for 90 days. But sinus debridements are separately coded and billable with an unrelated service modifier, 79, during the global period.