Case Studies: Modifier 59 and X[ESPU] Use 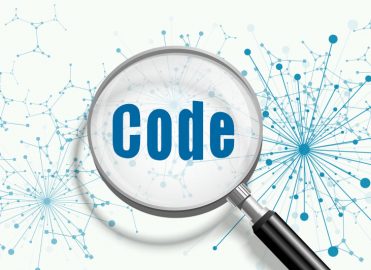 When I last wrote “Modifier 59 – To Use or Not to Use”, I promised to follow it up with some real-life examples of when we should be using the 59 or the new Medicare X[ESPU] modifiers. Let’s look at some clinical examples and first determine if the 59 is applicable, and then assume it is a Medicare case and assign the appropriate “X” modifier in place of the 59 modifier.

Patient has a colonoscopy with ablation of polyps, 45388 Colonoscopy, flexible with ablation of tumor(s), polyp(s) or other lesion(s), at 10 in the morning. She is brought into recovery after the completion of the colonoscopy at 10:15. She awakens and is being fed a snack when she notices blood on the sheet. She calls over the nurse who gets the gastroenterologist. It appears that she has started to hemorrhage. She is brought back into the endoscopy suite at 11:45 am and the gastroenterologist re-inserts to scope to see what is going on and sees that a blood vessel has popped and needs cauterization to control the bleed. He cauterizes the vessel and the bleeding is brought under control.
Control of hemorrhage, 45385 Colonoscopy, flexible, with control of bleeding, any method,  is considered integral and part of a colonoscopy procedure. But this hemorrhage started after the procedure was completed and the patient was in recovery. Since the patient was then brought to the endoscopy suite a second time for the control of the hemorrhage, this is considered a different encounter.
45388
45382-59
Since this was a second encounter, if this was a Medicare patient, the modifier which would replace modifier 59 would be XE to represent separate encounter.
45388
45382-XE

A lot of the examples of the use of the modifier XU  on Medicare carrier websites appear to really be situations where  modifier XS  would be more applicable because of separate structures or separate sites. The modifier XU  should only be used if one of the other X modifiers do not apply.
For example, a patient presents to the ER with sudden onset of angina. The patient is taken to the catheter lab where a diagnostic heart catheter of the coronary arteries is performed and reveals occlusion of the LAD. Based on the results of the diagnostic catheter, a decision is made to percutaneously insert a stent in the LAD. The modifier 59  would be used, or modifier XU if the patient is a Medicare Part B beneficiary
92928
93454-59 or XU for Medicare Part B patient.

No Responses to “Case Studies: Modifier 59 and X[ESPU] Use”