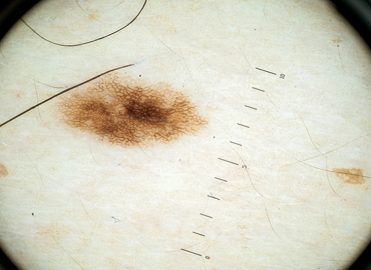 The rules are a little flaky so you must go below the surface to get answers.

Biopsy is the removal and examination of suspicious tissue for diagnostic purposes. Skin biopsy may be performed by punch biopsy or shave biopsy. In a punch biopsy, a surgical instrument is used to obtain a circular tissue sample by rotating the tool’s sharp, circular edge. In a shave biopsy, a sharp instrument is used to cut close to the base of the suspicious lesion.
Skin biopsy coding is based on the number of lesions removed; for example, as elaborated by code descriptors:
11100   Biopsy of skin, subcutaneous tissue and/or mucous membrane (including simple closure), unless otherwise listed; single lesion
+11101            each separate/additional lesion (List separately in addition to code for primary procedure)

Biopsy Is Not Separate with Excision and Other Removal

Per CPT® coding guidelines, “During certain surgical procedures in the integumentary system such as excision, destruction or shave removal, obtaining a tissue is not considered a separate biopsy procedure and is not separately reported.” In other words, biopsy is an integral component of removal procedures.
Example 1: A 43-year-old male presents to the dermatologist with three suspicious lesions. Upon examination, the physician decides to perform a punch biopsy. After administering local anesthesia, the physician takes a 4 mm punch biopsy of each lesion on the patient’s neck, and closes with a 5.0 Prolene.
Proper coding is 11100, +11101 x 2 because the tissue for pathological evaluation was obtained independently, and it’s not an integral part of another procedure performed at the same time.
Example 2: A female patient presents to her dermatologist with a lesion on the upper right corner of her neck. Upon examination, the physician decides to remove the lesion by shave technique. After administering local anesthesia and obtaining consent, the physician uses an 11-blade scalpel to slice the lesion at the base. The tissue is sent to pathology for evaluation. The documented size of the lesion is 1.7 cm.
Proper coding is 11307 Shaving of epidermal or dermal lesion, single lesion, scalp, neck, hands, feet, genitalia; lesion diameter 1.1 to 2.0 cm. Select from codes 11300-11313 based on the anatomic area and size of the lesion. Because obtaining the tissue for the pathological evaluation is an integral part of the shave removal, do not report a separate biopsy procedure.

Sometimes a Same-day Biopsy Is Separate

For example, the physician biopsies a lesion on the left breast, and also excises a lesion of the right breast. Depending on payer preference (check with the payer), you may report:
The appropriate biopsy code with modifier LT Left side and the appropriate excision code with modifier RT Right side; or
The excision code (the “most extensive” procedure) without a modifier, and append modifier 59 Distinct procedural service to the biopsy code.

Oby Egbunike, CPC, COC, CPC-I, CCS-P, is the director of professional coding at Lahey Health Care System, Burlington, Mass. She holds a Bachelor of Arts in Business Administration with a concentration in Health Information Management from Northeastern University Boston. Egbunike has over 10 years of experience in the healthcare areas of management, coding, billing, and revenue cycle. She is a member of the Burlington, Mass., local chapter.