Coding HBO Therapy Is a Gas 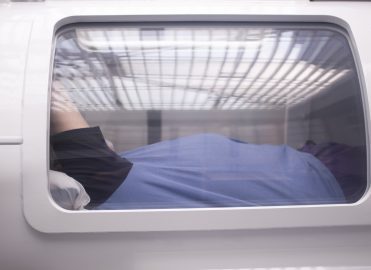 It may sound like something out of a sci-fi movie, but hyperbaric oxygen (HBO) therapy is real. It involves breathing pure oxygen in a pressurized room or tube, and it has long been used to treat decompression sickness from scuba diving. More recently, physicians have found it useful to treat other conditions.

Medicare reimbursement for HBO therapy is limited to that administered in a chamber (including a one-person unit) and only for the following conditions:

The use of HBO therapy is covered as adjunctive therapy only after there are no measurable signs of healing for at least 30 days of treatment with standard wound therapy and must be used in addition to standard wound care. Standard wound care in patients with diabetic wounds includes: assessment of a patient’s vascular status and correction of any vascular problems in the affected limb if possible, optimization of nutritional status, optimization of glucose control, debridement by any means to remove devitalized tissue, maintenance of a clean, moist bed of granulation tissue with appropriate moist dressings, appropriate off-loading, and necessary treatment to resolve any infection that might be present. Failure to respond to standard wound care occurs when there are no measurable signs of healing for at least 30 consecutive days. Wounds must be evaluated at least every 30 days during administration of HBO therapy. Continued treatment with HBO therapy is not covered if measurable signs of healing have not been demonstrated within any 30-day period of treatment.

Change Is In the Air

Make sure the provider bills the correct number of units and the documentation supports that HBO therapy was provided on the dates of service billed.