Modifier 58 Versus 78; Which Should You Use? 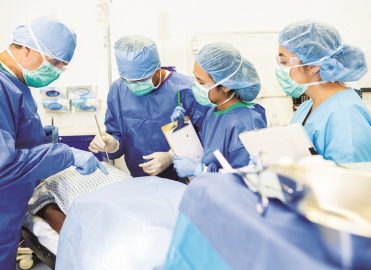 Planned staged or related procedures are usually associated with reconstruction following major resections. The surgeons who performed the resection do not want to necessarily wait until the 90-day global period ends to start the reconstruction. Often the reconstruction can start the day of or day after the initial surgery. Modifier 58 is used for each stage of the reconstruction so that the surgeon can be paid for the work performed during the global period of the initial surgery. The global period on all modifier 58 procedures are reset and start again based on the global of the new surgery.
An example of a planned staged or related surgery is a patient who had a pharyngectomy for a malignant neoplasm of the pharynx. The surgeon then brought the patient back into the OR 10 days later to reconstruct the pharynx. Modifier 58 is added to pharyngoplasty to indicate that this was a staged procedure.

Providers are encouraged to perform the most conservative actions to solve a patient’s problems and CPT® global rules should not penalize the provider if that conservative approach does not achieve the results that the surgeon was looking for. Because the patient is usually in the surgical global period when it is identified that the conservative approach did not achieve the desired outcome, the modifier 58 enables the surgeon to be paid when she must go back into surgery and do a more radical procedure than was initially performed. The global period restarts whenever the modifier 58 is used. One way you can determine that the modifier 58 applies is that the surgeon is treating the same problem that the original surgery was treating.
For example, a patient was admitted to the hospital with gangrenous toes and vascular insufficiency. The surgeon does a vascular bypass in addition to debriding the toes to return vascular flow to the foot. 30-days post op, the patient’s toes are still gangrenous, and it appears that the vascular bypass did not take. Although repeated debridements were performed in the global period, the toes continue to deteriorate. It is finally decided at 40 days post-op that the foot needs to be amputated. The amputation, which is more radical than the conservative vascular bypass is coded with a modifier 58. The debridements done during the global period of the vascular bypass are also billed with a modifier 58 because the bypass had not yet achieved the desired outcome and the debridements were needed.

78 – Return to the Operating Room