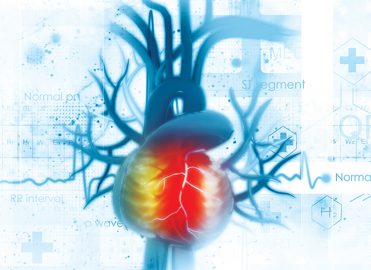 By Debra Mariani, CPC, CGSC
Due largely to the confusingly similar terminology used to describe various valve procedures, they can be a challenge to document and report. Let’s review common terms and coding guidelines to reduce the confusion.

There are several types of valve procedures that are better known by their acronyms:

It’s important to understand the differences in these procedures to correctly apply their corresponding CPT® codes.

The patient’s condition with respect to the clinical indication has changed since the prior study or there is a clinical change during the procedure that requires new evaluation.
Example: The physician may perform a diagnostic catheterization on the same day during the same session as a TMVI if the patient develops a significantly clinical change during the procedure, which requires a new evaluation. In this case, report a TMVI (0483T) and the diagnostic catheterization code with modifier 59 Distinct procedural service appended.
Diagnostic coronary angiography (93454 – 93564) performed during the same session as TMVI may be reported for right and left catheterization for the same reasons, stated above.
Example: The provider performs a coronary angiogram prior to TMVI because the patient had a prior coronary angiogram of inadequate diagnostic quality. In this case, report TMVI and a coronary angiogram with modifier 59 appended to indicate a separate and distinct procedure.
Angiography, radiological supervision and interpretation, intraprocedural road mapping to guide the TMVI, left ventriculography, and completion angiography are included in 0483T and 0484T. When right and left catheterization and/or angiography are performed during the same session/same day, append modifier 59 to indicate that a separate and distinct procedural service was performed with TMVI. For the full guidelines, see your 2018 CPT® code book.

The TAVR/TAVI codes (CPT® 33361-33366) have been in place since 2013, and their use is fairly straightforward; however, you may have questions about how to code for transcatheter aortic valve in valve procedures. The answer is, use the TAVR/TAVI procedure codes with modifier 22 Increase procedural service appended, with adequate documentation of the procedure.
Example: A patient has a failed bioprosthetic valve. The surgeon determines the patient is not a candidate for another open heart procedure, and would benefit from a valve in valve TAVR procedure. The interventional cardiologist performs the TAVR. Report TAVR (33361–33366, as appropriate) and append modifier 22 to indicate an increased procedural service.

Report TPVI using 33477 Transcatheter pulmonary valve implantation, percutaneous approach, including pre-stenting of the valve delivery site, when performed.
Example: A patient may have a history of a tetralogy of Fallot repair, and has developed shortness of breath and extreme weakness upon exertion. The patient is believed to have a failing pulmonary conduit. After imaging confirmation of pulmonary regurgitation, the patient undergoes TPVI. Report using 33477.

Debra Mariani, CPC, CGSC, is a coding and physician reimbursement associate with the American College of Cardiology. She has participated in her local chapters for the past 17 years, and has served in several officer roles. Mariani is a member of the Frederick, Md., local chapter.