Know the Difference Between Modifiers 52 and 53 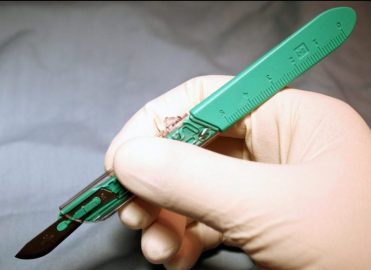 Modifier 52 Reduced services and Modifier 53 Discontinued procedure describe similar but distinct circumstances. To apply these CPT® modifiers appropriately, you’ll need to know why the provider stopped or otherwise “cut short” the procedure they were performing.

If a provider plans or expects a reduction in the service, or electively cancels the procedure prior to completion, you should append modifier 52 to the appropriate CPT® code.

CPT® Appendix A confirms, “Under certain circumstances a service or procedure is partially reduced or eliminated at the discretion of the physician or other qualified health care professional. Under these circumstances the service provided can be identified by its usual procedure number and the addition of the modifier ‘52,’ signifying that the service is reduced.”

Put another way, modifier 52 applies when a reduction in service occurs by choice (either the provider’s or the patient’s).

Unexpected or Due to Risk Calls for Modifier 53

If a provider discontinues a procedure due to risk to the patient, look to modifier 53.

CPT® Appendix A tells us, “Under certain circumstances, the physician or other qualified health care professional may elect to terminate a surgical or diagnostic procedure. Due to extenuating circumstances or those that threaten the well being of the patient, it may be necessary to indicate that a surgical or diagnostic procedure was started but discontinued. This circumstance may be reported by adding the modifier ‘53’ to the code reported by the individual for the discontinued procedure.”

Modifier 53 might also apply if the provider must stop a procedure due to equipment failure or other extenuating circumstances (for example, the provider injures themselves while performing a procedure).

CPT® Assistant (August 2016) succinctly differentiates the use of modifiers 52 and 53:

Question: If the removal of a transvenous electrode(s) is attempted by transvenous extraction, but is unsuccessful, what CPT code(s) should be reported?
Answer: If removal of a transvenous electrode(s) was attempted by transvenous extraction, but was unsuccessful, report code 33234, Removal of transvenous pacemaker electrode(s); single lead system, atrial or ventricular with modifier 52, Reduced Services, or modifier 53, Discontinued Procedure. Depending on the circumstances as to why the procedure was stopped, modifier 52 is reportable if no anesthesia was administered and the physician elected to terminate the procedure. However, modifier 53 would be applicable if anesthesia was administered and the procedure was terminated due to extenuating circumstances.

If you’re appending either modifier 52 or 53 to a claim, the provider’s documentation should explain why the procedure was discontinued or otherwise cut short. Do not reduce your fees when reporting a procedure with either modifier 52 or 53. Instead, documentation should provide substantial detail to allow the payer to make a reimbursement determination.

2 Responses to “Know the Difference Between Modifiers 52 and 53”