Clear Up Misconceptions About Transgender Coding 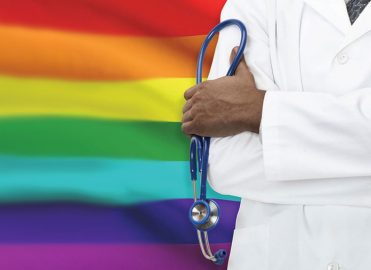 Acceptance has paved the way to more accurate diagnoses and improved health outcomes, but insurance coverage hinges on proper coding.

For payers to cover gender reassignment, like all other procedures, medical necessity needs to be proven. There must be evidence of a strong and persistent cross-gender identification (e.g., the individual is insistent on being the other sex). This cross-gender identification must not merely be a desire for perceived cultural advantages of being the other sex. There must be evidence of persistent discomfort about the patient’s assigned sex or a sense of inappropriateness in the gender role of that sex.
Transgender diagnosis is not made if the individual has a concurrent physical intersex condition (e.g., androgen insensitivity syndrome or congenital adrenal hyperplasia). To make the diagnosis, there must be evidence of clinically significant distress or impairment in social, occupational, or other important areas of functioning.
The Tufts Health Plan (accessible online), for example, may offer coverage if:

Gender dysphoria is manifested in a variety of ways, including a strong desire to be treated as the other gender or to be rid of sex characteristics, or a strong conviction that the patient has feelings and reactions typical of the other gender.
For a person to be diagnosed with gender dysphoria, there must be a marked difference between the individual’s expressed/experienced gender and the gender others would assign to him or her, and it must continue for at least six months. In children, the desire to be of the other gender must be verbalized. When coding gender dysphoria, look to F64 Gender identity disorders category of codes:
F64.0      Transsexualism
F64.1      Dual role transvestism
F64.2      Gender identity disorder of childhood
F64.8      Other gender identity disorders
F64.9      Gender identity disorder, unspecified
The Diagnostic and Statistical Manual of Mental Disorders, fifth edition (DSM-5) diagnosis adds a post-transition specifier for people who are living full time as the desired gender (with or without legal sanction of the gender change). This ensures treatment access for individuals who continue to undergo hormone therapy, related surgery, or psychotherapy or counseling to support their gender transition. Use code Z87.890 Personal history of sex reassignment for sex reassignment surgery (SRS) status.

Remember when coding and reporting patient services for gender dysphoria always recognize and respect the process of transitioning gender. These individuals have an exceptionally high suicide rate and require unique healthcare needs.
The patient has the right to confidentiality. The physician and staff should not reveal confidential communications or information without the consent of the patient, unless provided for by law or by the need to protect the welfare of the individual or public interest.

Although gender dysphoria has been around throughout history, transgender surgery only began in the early 1900s. Here is a time line of its progress in the medical field:
1930 – Under the care of Magnus Hirschfeld, Lili Elbe became the first person to undergo transsexual surgery.
1933 – Most of Hirschfeld’s research was destroyed by the Nazis.
1940s – Michael Dillon is the first modern female-to-male (FTM) individual to undergo phalloplasty surgery. He transitioned in England in the early 1940s.
1948 – Clinical support of medically transitioning people began in the United States with Harry Benjamin, who used the term “transsexual” to describe people who physically change their body to be congruent with their gender identity. In 1948, he prescribed estrogens to bring about physical changes in his first transsexual patient.
1952 – Christine Jorgenson was the first American to publicly acknowledge traveling to Denmark for sex reassignment surgery (SRS).
1956 – Georges Burou, MD, the pioneer of modern techniques, performed one-stage SRS in Casablanca.
1960-1970 – Gender identity centers were established at Johns Hopkins, Stanford University, and the University of Minnesota, which legitimized the care and diagnosis of transgender individuals.
1973 – Burou had performed over 3,000 MTF operations by 1973.
1979 – The first standards of care for transsexuals were published by the Harry Benjamin International Gender Dysphoria Association, now known as the World Professional Association of Transgender Health.
1980 – Transsexualism was included in the third edition of the DSM (DSM-III).
2014 – The Affordable Care Act (ACA) removed discrimination against transgender status as a pre-existing condition.
For information on transgender coding and healthcare rulings, read the following articles in AAPC’s Knowledge Center:
Admin. Drafts Transgender Healthcare Protections Rollback
Identify Transgender Coding Mishaps
Resources
Mesics, Sandra. (2015) Clinical Care of the Transgender Patient. Sacramento, CA. NetCE:
www.netcestudents.com/coursecontent.php?courseid=1222
The Centers for Medicare & Medicaid Services (CMS), Gender Reassignment Surgery Model NCD
Source: Mesics, Sandra. (2015) Clinical Care of the Transgender Patient. Sacramento, Calif. NetCE

4 Responses to “Clear Up Misconceptions About Transgender Coding”