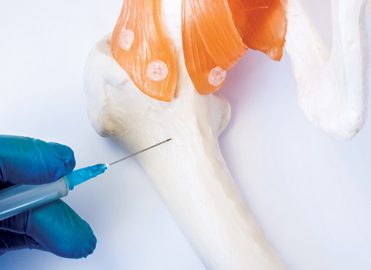 Bone marrow aspiration and biopsy codes received updates in CPT® 2018 that significantly change how the services are reported.
Existing codes 38220 and 38221 were revised:

Note: To demonstrate the updates for 2018, new text is underlined and deleted text is struck through.
Code 38220 now specifies that the procedure may include any number of aspirations, and the plural option “ies” is added to biopsy in the descriptor for 38221 to indicate any number of biopsies included as part of the procedure.
CPT® 2018 also introduced a new code to report bone marrow aspiration and biopsy performed during the same encounter:

1)  A 60 year old female with known acute myeloid leukemia with rare circulating blasts requires bone marrow aspirate for assessment of relapse and clonal evolution.
CODE 38220
2)  A 60 year old male female with newly diagnosed Hodgkin’s disease presents with adenopathy and fever. The patient requires a bone marrow biopsy for staging to determine bone marrow involvement.
CODE 38221
3) A 60 year old male presents with peripheral blood pancytopenia with nondiagnostic iron studies and level B12. The patient requires both a bone marrow biopsy and aspiration.
The physician makes a small incision, inserts the bone marrow aspiration needle to the bone surface and drills the needle into the iliac crest marrow space. Bone marrow is aspirated. If necessary, the needle is placed again until adequate spicules are identified. Additional aspirates are obtained for cultures, flow, cytogenetics and molecular studies. Next, through the same incision a biopsy needle is introduced and a bone marrow biopsy is taken and assessed. If adequate, the needle is removed. Procedure complete.
CODE 38222

No Responses to “Bone Marrow Aspiration and Biopsy Coding”