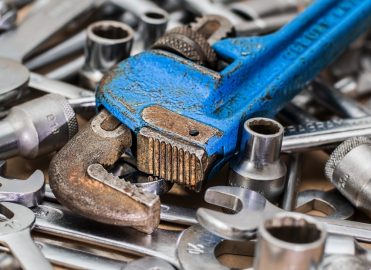 Modifier 52, Reduced Services and Modifier 53, Discontinued Procedure apply to physician services while Modifiers 73 and 74, Discontinued Out-Patient Hospital/Ambulatory Surgery Center (ASC) Procedure Prior to the Administration of Anesthesia and Discontinued Out-Patient Hospital/Ambulatory Surgery Center (ASC) Procedure After Administration of Anesthesia respectively apply to facility charges.
It is important to know that Modifier 53 and Modifiers 73 and 74 are very different. Modifier 53 has the caveat that the procedure was discontinued due to the well-being of the patient after the induction of general anesthesia. Whereas modifiers 73 and 74 have no requirement that the patient’s well being be tied to the procedure’s discontinuance. The surgeon cannot use modifier 53 if the procedure has been discontinued prior to general anesthesia being administered to the patient. And the surgeon cannot use modifier 53 if a procedure that is being performed under local anesthesia has been discontinued, even if it is for the patient’s well-being, for example, because the patient is experiencing more pain than they can bear under a local. The surgeon has fewer options than facilities when it comes to coding and billing for reduced and discontinued services.
One of the reasons that the facilities have more latitude with modifiers 73 and 74, for discontinued procedures before and after the administration of anesthesia is because of the costs involved in setting up an operating room.

Coding and Billing for Facility Services

From Medicare’s perspective, for services furnished in a hospital outpatient department, anesthesia in Modifiers 73 and 74 is defined to include:

Modifiers 73 and 74 cannot be used for provider services. They are only valid for facility coding and billing.
CMS states that modifier 53 “is not used to report the elective cancellation of a procedure prior to the patient’s anesthesia induction and/or surgical preparation in the operating suite.”
One way to tell if the service needs a 52 or a 53 would be to consider if the patient had the entire service the physician intended to provide. You also want to make sure that the documentation details the complication(s) that is causing the procedure to be terminated early. These complications can include:

Use modifier 53 if the surgeon discontinued the procedure without completing the treatment as planned. Use modifier 52 if the service is complete. Although not foolproof, this method is very consistent in identifying which modifier to use.
John Verhovshek has a very good blog on provider coding and billing with modifiers 52 and 53 last month. I won’t repeat what is included in that blog, but I will point readers to it .
Found this on CMS: Modifiers -52 and -53 are no longer accepted as modifiers for certain diagnostic and surgical procedures under the hospital outpatient prospective payment system. Coinciding with the addition of the modifiers -73 and -74, modifiers -52 and -53 were revised. Modifier -52 is used to indicate partial reduction or discontinuation of radiology procedures and other services that do not require anesthesia. The modifier provides a means for reporting reduced services without disturbing the identification of the basic service. Modifier -53 is used to indicate discontinuation of physician services and is not approved for use for outpatient hospital services.

About Barbara Cobuzzi Has 104 Posts