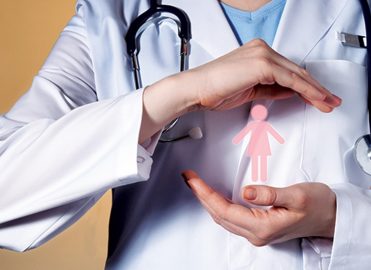 With so many code choices, be sure all related procedures are accounted for.

Although hysterectomy is a common procedure in gynecology practice, coding for it is a challenge due to so many code choices. Along with the surgical approach and extent (i.e., total or partial) of the hysterectomy, accounting for related performed procedures is key to code selection.

Narrow Down Codes by Approach and Extent of Removal

CPT® includes more than 30 hysterectomy codes. To narrow down your choices look for the surgical approach and extent of the procedure.
The surgical approach can be abdominal (the uterus is removed via an incision in the lower abdomen), vaginal (the uterus is removed via an incision in the vagina), or laparoscopic (procedure is performed using a laparoscope, inserted via several small incisions in the body). There is also a laparoscopic-assisted vaginal approach — a “subset” of the vaginal approach — in which a scope is inserted via small incisions in the vagina.
The CPT® index, under the main term “hysterectomy,” lists your code choices according to the type of approach documented. This is your first step in selecting the right code.
The extent of the procedure performed is another important detail. There are three options:

Watch for Bundling of Related Procedures

Documentation for hysterectomy includes identifying the uterine arteries and ligation of cardinal and uterosacral ligaments. Infundibulopelvic ligaments are ligated if the tubes and ovaries are removed. Additional procedures performed during the same session — such as salpingo-oophoprectomy, pelvic floor repairs, or mid-urethral slings — may be bundled into the hysterectomy code. Consider each procedure when making the determination.

Abdominal and vaginal hysterectomy (58152, 58263-58270, 58292-58294) include pelvic floor repairs to supporting structures that have prolapsed (i.e., weakened and “fallen”). To code prolapse repairs, the operative report should mention ligaments and supporting structures, approach for the procedure, and how the prolapse was repaired.

A colporrhaphy repairs a prolapse into the vaginal canal. Anterior colporrhaphy (57240 Anterior colporrhaphy, repair of cystocele with or without repair of urethrocele, including cystourethroscopy, when performed) involves the bladder; a posterior colporrhaphy (57250 Posterior colporrhaphy, repair of rectocele with or without perineorrhaphy) involves the rectal area. When both anterior and posterior colporrhaphy are performed, report 57260 Combined anteroposterior colporrhaphy, including cystourethroscopy, when performed.
Note that 57240 and 57260 were revised in 2018 to include “cystourethroscopy, when performed.” CPT® also added an instructional note explaining 57240 and 57260 cannot be billed with 52000 Cystourethroscopy (separate procedure).
Clinical scenario 1: A small incision was made in the vaginal mucosa [at the vaginal vault/just above the cervix] and the Metzenbaum scissors were then used to dissect the mucosa off of the cystocele and cut the vaginal mucosa in the midline. The cut edges and the bladder were dissected away along the lateral edges with a combination of sharp and blunt dissection, exposing the vesicovaginal space. A series of #2-#0 Vicryl interrupted sutures were then placed sequentially along the lateral folds of the vesicovaginal space and brought together to tuck the bladder back while simultaneously bringing the lateral vaginal tissues together. The excess vaginal mucosa was then trimmed. The vagina was then closed with a running locked #0 Vicryl suture. The Foley catheter was removed and a 70-degree cystoscope was inserted into the bladder. The bladder was intact and normal looking, with no evidence of trauma or perforation. Bilateral ureteric jets were visualized. The bladder was drained through the sheath of the cystoscope, and then the cystoscope was removed.
Coding 57240 (CPT® 52000 is not separately billable).

Colpopexy is a repair of prolapsed vaginal tissue, which may be performed at the same operative session as a hysterectomy and is billed separately. The vagina is attached to the abdominal wall or a ligament (such as sacrospinous or uterosacral ligaments) to reduce or eliminate the prolapse.
Colpopexy may be performed:

Diagnosis Coding Tip: The description of the prolapse in the exam or operative note can provide guidance for the selection of ICD-10-CM codes in Category N81 Female genital prolapse.
First degree prolapse is incomplete and the uterus drops to the upper portion of the vagina.
Second degree is also incomplete with the uterus dropping into the lower portion of the vagina.
A complete or third-degree prolapse occurs when the uterus drops with the cervix to the vaginal opening.
Clinical Scenario 2: A 65-year-old patient who has a longstanding history of pelvic organ prolapse to which she has now become symptomatic. Upon exam, the patient is noted to have an incomplete prolapse, with the uterus found midway into the vaginal canal. She is experiencing pelvic pain and urinary incontinence with cough and sneeze. The ICD-10-CM codes are N81.2 Incomplete uterovaginal prolapse for a second-degree uterovaginal prolapse and N39.3 Stress incontinence (female) (male).

Vaginal suspension corrects a loss of the lateral vaginal attachment to the pelvic sidewall using a series of sutures placed at the defect to elevate the vaginal wall and pubocervical fascia to the normal position. Codes include:
57284     Paravaginal defect repair (including repair of cystocele, if performed); open abdominal approach
57285                  vaginal approach
Do not separately report cystocele with 57284 or 57285.

A sling is synthetic tissue or fascia that forms a hammock under the urethra, attaching it to a structure in the pelvis. Common terms are transobturator tape (TOT) or tension-free vaginal tape (TVT). To support medical necessity, report an ICD-10-CM code for stress urinary incontinence (SUI), if documented.
Sling operations are performed to correct SUI, which occurs when the bladder leaks urine during physical exertion (e.g., coughing, sneezing, and exercise). Slings support the urethra and bladder, and can be performed vaginally (57288 Sling operation for stress incontinence (eg, fascia or synthetic) or laparoscopically (51992 Laparoscopy, surgical; sling operation for stress incontinence (eg, fascia or synthetic)).
When reporting vaginal hysterectomy, mid-urethral sling, and anterior/posterior repairs with grafts, be aware of edits that may apply.
Example 1: Consider reporting for the following:
Vaginal hysterectomy – 58260 Vaginal hysterectomy, for uterus 250 g or less
Sling operation for SUI – 57288-51 Multiple procedures
Cystocele/rectocele repair – 57260-51
Insertion of mesh – +57267-59 Insertion of mesh or other prosthesis for repair of pelvic floor defect, each site (anterior, posterior compartment), vaginal approach (List separately in addition to code for primary procedure)-Distinct procedural service
CPT® 57267 is an add-on code used for application of mesh. One unit of the code may be reported for each site repaired. Note the instruction in CPT® that +57267 is for use with 45560, 57240-57265, and 57285, only.
The insertion of mesh is bundled with the sling. Mesh is used in both the anterior and posterior repair, but the anterior will overlap the mesh used for the sling. Modifier 59 can be reported for the posterior mesh because it’s a separate location.
Example 2: Consider reporting for the following:
Vaginal hysterectomy – 58260
Paravaginal defect repair – 57284
Posterior repair – 57250
Insertion of mesh – +57267
The coding solution depends on documentation. The surgeon enters the space of Retzius and re-attaches the lateral vagina to the level of the white line, or arcus tendineus fasciae pelvis. If an anterior colporrhaphy is performed, you should see evidence of the pubocervical fascia documented. A paravaginal defect repair includes cystocele (anterior) repair and mid-urethral sling.
Note: All of the above coding guidelines are provided in CPT® and may vary from the Center for Medicare & Medicaid Services’ (CMS) guidelines.

CPT® coding for laparoscopic hysterectomy is based on the size of the uterus and the method used to complete the procedure. Documentation should state the weight of the uterus before it is sent to pathology.

*A morcellator is a surgical instrument that minces tissue into small pieces, which are removed through the scope. The FDA has stated that power morcellators should not be used in women with uterine fibroids due to the risk of spreading unsuspected cancerous tissues. Some payers no longer reimburse for procedures performed via power morcellator.
Source: “Laparoscopic Power Morcellators,” retrieved from: www.fda.gov/MedicalDevices/ProductsandMedicalProcedures/SurgeryandLifeSupport/ucm584463.htm

Peggy Stilley, CPC, CPMA, CPC-I, CPB, COBGC, is employed by OSOI in Norman, Oklahoma as revenue integrity auditor and billing manager. She was previously employed by AAPC, a member of the ICD-10 Training and Education team, and formerly director of Audit Services. Stilley has more than 30 years of experience in the healthcare industry starting as a medical assistant, expanding her duties to billing and coding, and management in a teaching facility. Her experience spans multiple specialties including obstetrics/gynecology, maternal fetal medicine, general practice, general surgery, neurology, and orthopedics. Stilley is member of the Moore, Okla., local chapter.

Peggy Stilley
Peggy Stilley, CPC, CPMA, CPC-I, CPB, COBGC is Revenue Integrity Auditor at Oklahoma Sports and Orthopedic Institute in Norman, Oklahoma. She was previously a member of AAPC’s ICD-10 Training and Education team, and Director of Audit Services for AAPC Client Services. Peggy has more than 30 years of experience in the healthcare industry and has worked in a variety of positions. Her knowledge is enhanced by experience in multiple specialties including OB-Gyn, Maternal Fetal Medicine, General Practice, General Surgery, and Neurology. Peggy is a national speaker for AAPC. She has authored several articles on billing, coding, and practice management, and currently a member of the Oklahoma City chapter.

About Peggy Stilley Has 3 Posts

Peggy Stilley, CPC, CPMA, CPC-I, CPB, COBGC is Revenue Integrity Auditor at Oklahoma Sports and Orthopedic Institute in Norman, Oklahoma. She was previously a member of AAPC’s ICD-10 Training and Education team, and Director of Audit Services for AAPC Client Services. Peggy has more than 30 years of experience in the healthcare industry and has worked in a variety of positions. Her knowledge is enhanced by experience in multiple specialties including OB-Gyn, Maternal Fetal Medicine, General Practice, General Surgery, and Neurology. Peggy is a national speaker for AAPC. She has authored several articles on billing, coding, and practice management, and currently a member of the Oklahoma City chapter.