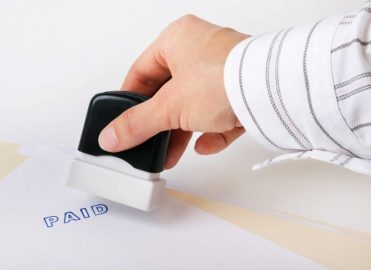 Bundled payments seem to be cutting healthcare costs. One of the salient goals of the Affordable Care Act was to bring down the cost of care. As a result, the federal government attempted to assist in reducing the cost of care by implementing a program called Bundled Payments for procedures that are frequently performed for Medicare beneficiaries, such as knee and hip replacements.
The program, which was implemented under the Obama administration and has continued under the Trump administration, pays hospitals a single fee for the services that fall under bundled payments, such as knee and hip replacements, instead of paying each stakeholder individually. The hospital is then responsible for dividing up the bundled payment among the facility, the surgeon, the anesthesiologist, and the rehab organization. The program is voluntary and hospitals can opt in or out. Costs per procedure within the bundled payment realm immediately started going down, and it was found that this payment system fostered a team approach by all of the providers involved in the patient’s care.
Despite the immediate positive results in both cost reduction and care improvement, there were concerns expressed by healthcare economists. They were concerned that the payment methodology might encourage hospitals to perform more surgeries, which could erase the savings enjoyed by Medicare. The other concern was whether the providers would be more selective about their patients, avoiding the more complex and potentially costly ones, given that a bundled payment was paid no matter how complex the patient’s care.

Two doctors from University of Pennsylvania did some research and it was just published in JAMA on Sept. 4, 2018.
According to the research and the article, the answer to the healthcare economists is that their worries are for naught. The volume of procedures is not really going up while adjusted for the population and the kind of patients receiving the hip and knee replacements is not changing either. The researchers were actually surprised with the results of the study. The study looked at Medicare claims data in about 300 markets, split between hospitals that did not participate in the bundled payment program and those who elected to participate.
Under the Bundled Payments program, hospitals are paid for the patient’s hospital stay and for 90 days after the joint replacement surgery. Bonuses are earned by providers if they can keep costs down or providers can be assessed a penalty for a high cost episode of care, based on target prices set by the Centers for Medicare & Medicaid Services (CMS).
Click this link for a graph of changes in lower extremity joint replacement surgery market volume per 1,000 beneficiaries from bundled payments for care and from non-bundled payments (traditional fee for service).
The research team also did not notice any shift in the racial, socioeconomic or other demographic features of the patients who received joint replacements with bundled payments, which was the other fear, with one exception of note: Patients who had been treated previously in a nursing home were less likely to receive a joint replacement at hospitals participating in Bundled Payments versus hospitals that opted out of the bundled payments.
The main finding, however, is that the hospitals that opted for the bundled payments did not appear to be discriminating against racial minorities or poorer patients.
The current administration is expanding bundled payments. CMS is running pilots for certain types of cancer care and for heart stents. The next area that will probably be explored will be “delicate medical conditions,” such as congenital heart failure and pregnancy.