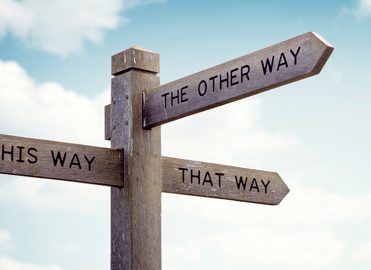 As we all just implemented ICD-10 changes for 2019, ICD-11 is being worked on. Don’t worry, it is not going to be implemented next year, but it is being planned for some time after 2022, which is actually not very far away. We will have just gotten used to ICD-10 when we will have to start to learn about ICD-11.
ICD-11 is called for because of updates to some key clinical elements, and ICD-11 will integrate the coding process into electronic health records more smoothly. The World Health Organization (WHO) field-tested ICD-11 in 2017 in 31 countries with more than 112,000 codes.

ICD-11 has a new chapter on traditional medicine and sexual health. It also adds codes for today’s society such as video game addiction in the mental health section. WHO has tried to simplify the coding structure and make it easier to capture correct and consistent data.
Keep in mind that, although we implemented ICD-10 in 2015, WHO started their work on ICD-10 in 1992. Note that the Clinical Modification for ICD-10 in the United States made significant changes from the basic code set as set forth in ICD-10. The question is whether the United States will make as many changes to ICD-11 as they made to ICD-10 before releasing ICD-11-CM.
One of the purposes of ICD and WHO sponsorship is to “promote international comparability in collection, processing, classification and presentation of mortality statistics” per the CDC. It is important for the United States to be on the same diagnostic system as the rest of the world. WHO released ICD-11 in Geneva, Switzerland on June 8, 2018. This version has been in the works for over 10 years (since before we implemented ICD-10-CM). The current version of ICD-11 has about 55,000 unique codes for disease, injuries, and causes of death. For the first time, it is entirely electronic.
There will be more chapters than in ICD-10. The codes will have four characters before the decimal point, compared to the three we currently have with ICD-10. For example, BA00 is essential hypertension, 5A11 is type 2 diabetes mellitus, and 5A14 is DM unspecified. Taking a cruise around the ICD-11 website, it is interesting to see that gestational diabetes is broken out into:

Cruise around the WHO ICD-11 Coding Tool and check out the codes as they are.

ICD-11: What Should Providers Be Doing Now?

In my opinion, roviders should be improving their documentation to prepare for the change over to ICD-11. Providers had to increase the quality of their clinical documentation in order to get ready for implementation of ICD-10 because of increased level of detail that we have in ICD-10. ICD-11 requires an even higher level of detail in documentation. It is critical to always document if the patient has type 1 or type 2 diabetes, for example. With ICD-10, the default if it is not documented is to code type 2. But with ICD-11, it would default to unspecified. The code is in the details found in the documentation. As we are trying to improve clinical documentation for ICD-10, we are also preparing for ICD-11, which will demand even more discipline. Although the code set on WHO’s site is not the final set and is definitely not the Clinical Modification code set, deficiencies can be found by trying to code from the documentation using the WHO ICD-11 Coding Tool so you can see if key words such “mucopurluant” with chronic bronchitis was not included in the documentation and the providers can be taught in advance of implementation.