Message From Your Region 3 Representatives | October 2018

Hello Region 3 Members!
I had the distinct honor to be able to visit a great AAPC chapter in our region on June 18, 2018.  This meeting took place in Campbellsville, KY (my hometown!), at Taylor County Regional Hospital.  The National Advisory Board strives to attend as many different chapter meetings in our region as possible, and it’s always a pleasure to see how each chapter does business.
The speaker was Sgt. Shannon Wilson of the Campbellsville 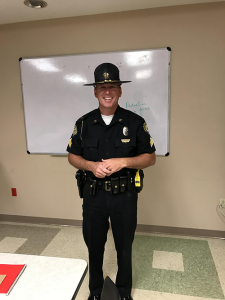 Police Department, with the topic of Healthcare as it relates to Law Enforcement.  The officers are as follows:  President, Kristin Reynolds, CPC; Vice President, Marsha Black, CPC, CRC; Secretary, Annie Blair, COC; Treasurer, Terri Slinker, CPC; Education Officer, Penny Jones, CPC; Member Development Officer, Tabitha Benningfield, CPC.
Sgt. Wilson provided statistics on Campbellsville’s number of incidents in the year 2017:  665 accidents, 885 cases, 2838 citations, and 52 DUI arrests.  For January 1, 2018 through June 12, 2018, the number of incidents follows:  332 accidents, 439 cases, 1874 citations, and 23 DUI arrests.
He mentioned that drug-related incidents are on the rise, as are the ways addicts chose to hide drugs on their person when caught by police.  The most used ways to hide drugs are by swallowing, rectally, or vaginally.  The hospital tends to treat many addicts after they are caught.  Sgt. Wilson mentioned that Narcan use has seen a revival.  Narcan takes drugs out of the body system after a person overdoses.  He reported that the law states that police cannot charge a person for drug possession if they come to the hospital for Narcan following a drug overdose.  Sgt. Wilson further expressed how many repeat offenders they have seen.  For instance, many times he sees people stealing for drugs, and right back out doing it again after they’ve been sentenced.  Campbellsville’s jails are above capacity at roughly 200-300 people.  He estimated that 95% of crimes are related to drugs in some way.  Sgt. Wilson provided handouts with his stats and gave great information about Campbellsville.
I met with the chapter for a few minutes after the meeting,

and we got to know each other.  Campbellsville’s chapter is only a few years old, with many members employed at Taylor County Regional Hospital.  We talked about how their group was started, and issues that faced their small group.  They talked about moving their meeting times to a better day that suited more of the membership.  The group seemed to know each other well and were kind and cohesive.  They welcomed me when I stopped in.
If you are ever able to join this AAPC chapter meeting, please check the AAPC website for dates and times.  For now, they meet at Taylor County Regional Hospital.  I’m sure they will show you the same hospitality that they showed me!
Straight from the NAB to you,
Dianne Estes, CPC, CPB
Astara N. Crews, MJ, CHC, CPC
Region 3 National Advisory Board Members 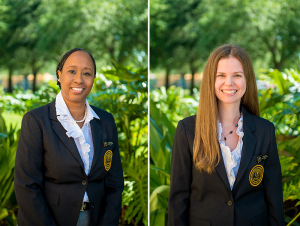