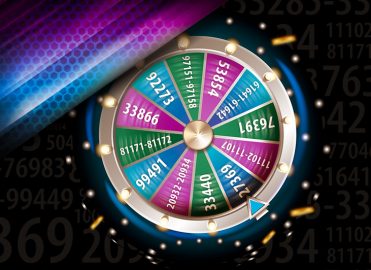 Nearly every section in the code book has updates: The stakes are high that your coding is affected.

New guidelines allow you to append modifier 63 Procedure performed on infants less than 4 kgs with Medicine/Cardiovascular (90000-series) codes to describe increased complexity of procedures performed on patients of less than 4 kg (approx. 8.8 lbs.). Per CPT® Changes 2003: An Insider’s Guide,

In this population of patients, there is a significant increase in work intensity, specifically related to temperature control, obtaining IV access (which may require upwards of 45 minutes) and the operation itself, which is technically more difficult, especially with regard to maintenance of homeostasis.

CPT® disallows modifier 63 with many codes that describe procedures involving congenital anomalies, and those valued to reflect heightened complexity associated with prematurity. You can find a complete list of modifier 63 exempt codes in Appendix F of CPT®.

CPT® 2019 introduces two new codes to report remote physiologic monitoring services (e.g., weight, blood pressure, pulse oximetry) during a 30-day period: one for device setup and patient education (99453), and a second for supply of the device with daily recording or programmed alert transmissions (99454).
Also added is 99457 to report remote physiologic monitoring treatment management services. Per CPT®, these services “are provided when clinical staff/physician/other qualified health care professional use the results of remote physiological monitoring to manage a patient under a specific treatment plan.” The code describes “time spent managing care when patients or the practice do not meet the requirements to report more specific services.”
A new, time-based chronic care management code (99491) describes the work of a qualified provider to establish, implement, revise, or monitor the care plan for a patient with two or more chronic continuous or episodic health conditions that are expected to last at least 12 months (or until the death of the patient) and put the patient at significant risk of death, acute exacerbation/ decompensation, or functional decline.

CPT® 2019 will include a single code to report fine needle aspiration (FNA) of an initial lesion without imaging guidance (10021, which has been revised) and four new codes (10004-10007) to report FNA of an initial lesion using specified imaging modalities including ultrasound, fluoroscopy, computed tomography (CT), and magnetic resonance imaging (MRI). Add-on codes (10008-10012) will report FNA for each additional lesion targeted beyond the first, depending on whether (and what type of) imaging guidance is used. You can “mix and match” the primary and add-on codes in any combination necessary to report medically-necessary services, as provided. You may not separately report imaging with any of the new FNA codes.
Six new codes are added to describe biopsy by various techniques:

You may combine the new codes to report biopsy by various methods.

New codes are added to describe implantation (33274) and removal (33275) of permanent leadless pacemakers, as well as the implantation (33285) and removal (33286) of subcutaneous cardiac rhythm monitor, and implantation of a wireless pulmonary artery pressure sensor (33289).
Code 33440 is added to describe the Ross-Konno procedure (a method of aortic valve replacement).
New add-on code 33866 reports aortic hemiarch graft when performed in addition to an ascending aortic graft (33860, 33863, or 33864), when ascending aortic disease involves the aortic arch.
Codes for peripherally inserted central venous catheter (PICC) lines will experience a refresh for 2019. Existing codes 36568 (younger than age 5) and 36569 (age 5 and older) are revised to report PICC placement without subcutaneous port or pump, and without imaging guidance. Two new codes —one for a patient younger than age 5 (36572) and the second for age 5 and older (36573) — are added to describe PICC line procedures that bundle imaging guidance, image documentation, and all associated radiological supervision and interpretation. The codes include documentation of evaluation of the potential puncture sites, patency of the entry vein, real-time ultrasound visualization of needle entry into the vein, and confirmation of catheter tip location. If confirmation of the catheter tip location is not performed, CPT® tells us to report a reduced service.

Code 38531 is added to report open biopsy or excision of inguinofemoral lymph node(s), which are located near the groin.

Code 50395 is deleted and replaced by two new codes: 50436 describes enlargement of an existing percutaneous tract to the renal collecting system to allow the use of instruments used during an endourologic procedure; 50437 reports the same service with the addition of new access into the renal collecting system during the same session, if there is no pre-existing tract.
New code 53854 describes the use of radiofrequency energy to transform sterile water into vapor (steam). The resulting thermal energy is used to destroy obstructive prostate tissue cells.

Codes +61641 and +61642, which describe dilatation of intracranial vasospasm, have revised descriptors, but the application of these codes is not affected.
Several codes within the nervous system are deleted due to low utilization. In the rare case you need to report a deleted service, revert to an unlisted procedure code.

Pathology and Laboratory
Due to frequent use, many services previously classified within “Tier 2” molecular pathology codes are now described using standalone “Tier 1” codes (examples include 81171-81172 and 81173-81183).
BRCA1 and BRCA2 testing codes (e.g., hereditary breast cancer) are revised due to changes in clinical practice and to standardize molecular pathology code structure.

A new vaccine product for influenza virus gains a code, 90689.
Code 92275 is deleted and replaced by three new codes for electroretinography (ERG). Per CPT®, ERG:

New code 95836 describes recording of electrocorticogram (ECoG) from electrodes chronically implanted on or in the brain, and includes unattended recording with storage for later review and interpretation during a 30-day period.
A group of new codes (95976-95984) describe services related to implanted neurostimulator pulse generator/transmitter.
A new subsection for Adaptive Behavior Services is added, with the conversion of Category III codes 0359T, 0360T, 0361T, 0363T, 0364T-0372T, and 3747T to time-based Category I codes. These services include:

Category III codes report emerging technologies and allow for data tracking. If a Category III code is available, you must use it in place of a Category I unlisted procedure code.
New Category III codes 0512T and +0513T report extracorporeal shock wave therapy (ESWT), a non-surgical treatment that involves the delivery of shock waves to musculoskeletal areas to reduce pain and promote healing of the affected soft tissue (existing codes 0101T and 28890 are used to report ESWT to the musculoskeletal system and plantar fascia, respectively).
Revised code 0335T describes extra-osseous (lateral aspect) implantation of a subtalar implant to stabilize a talotarsal displacement (partial dislocation of the ankle bone on the heel bone). Two new codes describe removal (0510T) and removal and reinsertion (0511T) of sinus tarsi implant.
Codes 0515T-0523T are added to report services related to wireless cardiac stimulator system (e.g., insertion of various components, device programming, etc.), which provides biventricular pacing of the heart using a previously implanted pacemaker or defibrillator and a wireless electrode implanted on the endocardium of the left ventricle.
Similarly, new codes 0525T-0532T describe services related to intracardiac ischemia monitoring system, an implantable electrogram device that records cardiac data and detects ischemic events by way of an intracardiac lead in the right ventricular apex. The system provides a warning if it detects an impending acute ischemic event to help reduce the time from ischemic event onset to the onset of care.
Parkinson’s KinetiGraph™ (PKG™) gains several codes, 0533T-0536T, for patient setup and training, data analysis, etc. The PKG is a passive, wearable device that continuously measures and tracks the movements of patients with Parkinson’s disease. The resulting data is used to manage patient care and treat symptoms such as bradykinesia, dyskinesia, and tremor.
Two codes now report magnetocardiography (MCG), a non-invasive technique to measure and map magnetic fields produced by electrical activity in the heart. MCG is more sensitive to weak cardiac signals than is ECG, which is beneficial when diagnosing ischemic heart disease (IHD).
Code 0541T describes the technical portion of an MCG study (e.g., performance of the test using equipment as specified in the code descriptor), while 0542T describes the related interpretation and report (i.e., the professional portion of the service).

This is only a summary of changes to CPT® 2019. For a complete rundown of the new, revised, and deleted codes and guidelines, sign up for AAPC’s comprehensive 2019 CPT® Coding Updates Virtual Workshop, which airs “live” on Dec. 6 and is available on demand starting Dec. 7.
And if you haven’t already, be sure to get your 2019 CPT® code book, renew AAPC Coder, or view this year’s 2019 CPT Changes webinar.

Latest posts by Rae Jimenez (see all)
Any Way You Spin It, CPT® 2019 will Surprise You was last modified: December 9th, 2021 by Rae Jimenez
Tagged :
Tweet

About Rae Jimenez Has 22 Posts