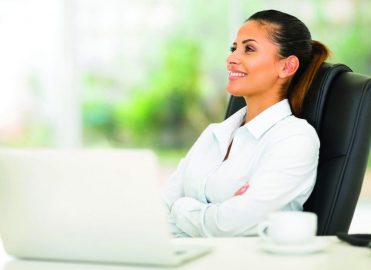 Modifier 59 Distinct procedural service is an “unbundling modifier.” When properly applied, it allows you to separately report—and to be reimbursed for—two or more procedures that normally would not be billed or paid independently during the same provider/patient encounter. For example, per CPT Assistant(Jan. 2018):

Code 20680 [Removal of implant; deep (eg, buried wire, pin, screw, metal band, nail, rod or plate)] describes a unit of service that is typically reported only once, provided the original injury is located at only one anatomic site, regardless of the number of screws, plates, or rods inserted, or the number of incisions required for removal. The removal of a single implant system or construct, which may require multiple incisions (eg, intramedullary [IM] nail and several locking screws) is reported only once with code 20680.
Reporting code 20680 more than once is appropriate only when the hardware removal is performed for another fracture(s) in a different anatomical site(s) unrelated to the first fracture (eg, ankle hardware and wrist hardware). In these circumstances, modifier 59, Distinct Procedural Service, would be appended to subsequent uses of the implant removal code.

CPT® and CCI Conditions to Append Modifier 59
As outlined in the CPT® codebook, the general conditions under which you might append modifier 59 include situations where two or more CPT® codes, not normally reported together, are performed at a:

Guidelines Provide Examples of Proper Use
Modifier 59 is necessary only if you wish to report/bill two services that normally are bundled. For Medicare and any payer that follows Centers for Medicare & Medicaid Services (CMS) guidelines, the surest way to confirm if two codes are bundled is to consult CCI edits. Any two codes designated within the CCI as “mutually exclusive,” or that are paired together as “column 1” and “column 2” codes, are bundled and not typically reported separately. Each CCI code pair edit includes a correct coding modifier indicator of “0” or “1.” A 0 indicator means that you may not unbundle the edit combination, under any circumstances. An indicator of “1” means that you may use a modifier (such as modifier 59) to override the edit, if the procedures are distinct from one another.
CCI Chapter 1 guidelines specify three conditions under which modifier 59 will always apply:

When appending modifier 59 to break a CCI edit, you should always append the modifier to the secondary (“column 2”) code. The CCI guidelines provide two examples to illustrate proper application of modifier 59:

Modifier 59 Should Be Your Last Resort
You should append modifier 59 only if no other modifier applies. CCI guidelines confirms, “Modifier 59 shall only be used if no other modifier more appropriately describes the relationships of the two or more procedure codes.”
For example, guidelines in the microbiology subsection of the CPT® codebook illustrate when modifier 91 Repeat clinical diagnostic laboratory test is preferable to modifier 59 when reporting repeat laboratory tests performed on the same day:
Presumptive identification of microorganisms is defined as identification by colony morphology, growth on selective media, Gram stains, or up to three tests (eg, catalase, oxidase, indole, urease). Definitive identification of microorganisms is defined as an identification to the genus or species level that requires additional tests (eg, biochemical panels, slide cultures). If additional studies involve molecular probes, chromatography, or immunologic techniques, these should be separately coded in addition to definitive identification codes (87140-87158). For multiple specimens/sites use modifier -59. For repeat laboratory tests performed on the same day, use modifier -91.
Finally, never append modifier 59 to evaluation and management (E/M) service codes (e.g., outpatient office visits 99201-99215). For example, to report an E/M service that results in the decision to perform a major surgical procedure (i.e., a procedure with a 90-day global period), and that E/M service occurs on either the day of, or the day before, a major surgical procedure, you should report the appropriate E/M code with modifier 57  Decision for surgery appended. For a separate E/M service that determines the need for a minor procedure (i.e., any procedure with a global period of less than 90 days), you should turn to modifier 25 Significant, separately identifiable evaluation and management (E/M) service by the same physicianon the day of a procedure.