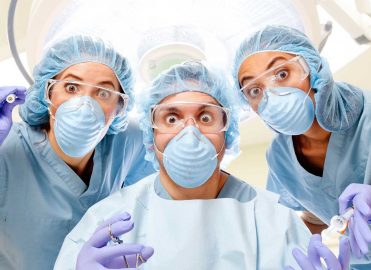 When healthcare providers perform multiple procedures during a single patient encounter, Medicare (and many commercial insurers) typically pay “full price” for only the highest-valued procedure. The reason is explained in Chapter 1 of the National Correct Coding Initiative (NCCI) Policy Manual:

Under the so-called “multiple procedure rule,” Medicare pays less for the second and subsequent procedures performed during the same patient encounter. There are several ways in which reductions may be taken, as indicated for each CPT® code in column “S” of the Physician Fee Schedule Relative Value file.

Special multiple procedure payment reduction rules apply in several circumstances. For example, if the code is assigned a “3” in column S and multiple endoscopic procedures within the same code family are reported, the “base” value of the endoscopy is paid only one time. Special rules also apply for certain diagnostic imaging procedures, therapy services, diagnostic cardiovascular services, and diagnostic ophthalmology services.
Multiple procedure rule does not apply to all CPT® codes. No payer (Medicare or otherwise) should reduce payment for:

You can find a full list of “add-on” and “modifier 51” exempt procedures in Appendices D and E of the CPT® codebook. The relative values assigned to these codes factor in the “additional” nature of the procedure/services; therefore, there is no justification to reduce reimbursement when these codes are reported in addition to other procedures.
Sequencing CPT® Codes When Reporting Multiple Procedures
CPT® includes modifier 51 Multiple procedures to indicate the same provider performed multiple procedures (other than E/M services) during the same session. Specifically, modifier 51 indicates

When billing, recommended practice is to list the highest-valued procedure performed, first, and to append modifier 51 to the second and any subsequent procedures. In practice, most billing software, and most payers, automatically will list billed codes from most-to-least valued. You can check with your payer for details, but for most payers modifier 51 is no longer necessary, regardless of how many procedures or services you report on a single claim.
Multiple Procedures and Correct Coding Edits
In some cases, the National Correct Coding Initiative (NCCI) may impose edits that “bundle” codes to one another. If the NCCI lists any two codes as “mutually exclusive,” or pairs them as “column 1” and “column 2” codes, the procedures are bundled and normally are not reported together. In such cases, only one procedure (the higher-valued) will be paid if both procedures are reported.
If, however, the two procedures are separate and distinct, you may be able to use a modifier to override the edit and be paid for both procedures. Separate, distinct procedures may include:

Before appending a modifier, you must confirm that unbundling is allowed for the code pair you wish to report. Each CCI code pair edit includes a correct coding modifier indicator of “0” or “1,” as indicated by a superscript placed to the right of the column 2 code. A “0” indicator means that you may not unbundle the edit combination, under any circumstances. A “1” indicator means that you may use a modifier to override the edit, assuming the procedures are distinct.
When CCI allows you to override an code combination edit, you will append the appropriate modifier to the “column 2” code. The most frequently-used code to overcome CCI edits is modifier 59 Distinct procedural service, but you should append this modifier with caution. CPT® and CMS guidelines agree that modifier 59 should be the “modifier of last resort.” CPT® Appendix A explains, “Only if no more descriptive modifier is available, and the use of modifier 59 best explains the circumstances, should modifier 59 be used.”