Pain Management Drug Testing Is on the Rise, and Under Scrutiny 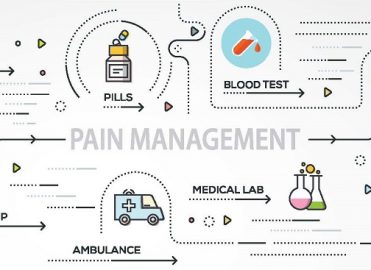 Medical necessity and documentation for these tests must meet both payer requirements and federal guidelines.

Pain management drug testing is under the microscope for potential fraud, waste, and abuse. The reasons for scrutiny include misconceptions about what tests should be ordered, and the emergence of “pop-up labs” associated with drug rehabs (often, physicians or groups have a financial stake in these labs, which can be lucrative but increase risk for noncompliance and fraud). Understanding the reasons for screenings, as well as the medical necessity regulations, can help you to avoid claim denials when reporting these tests legitimately.

Define the Types of Drug Screenings

There are two types of drug screenings. Familiarity with their differences will improve your coding.

Know the Purpose of the Test

The bulk of payer denials are likely to be for definitive or confirmatory testing. This is where there must be proper documentation regarding why these tests were ordered to support their medical necessity.
With presumptive testing, documentation should support a baseline screening before initiating treatment, or at the time treatment is initiated, when the following conditions are met:

The risk-level for an individual patient should include a global assessment of risk factors and monitoring for the presence of aberrant behavior. Standardized risk assessment tools are available such as the five-item Opioid Risk Tool© (ORT). Another screening instrument is the Screener and Opioid Assessment for Patients with Pain-Revised (SOAPP®-R), a 24-item tool.
Opinions vary on the optimal frequency of drug screening to monitor patients on opioid therapy for chronic pain:

Aberrant behavior that warrants more frequent testing can present as multiple lost prescriptions, multiple requests for early refill, or obtained opioids from multiple providers. Payers often use state-mandated reporting websites to verify prescriptions and pharmacy vendors.
Unfortunately, presumptive urinary drug screen testing has limited abilities. It’s a screening tool only and can produce false-positive or false-negative results due to the testing methodology. The cutoff concentration may also be too high (in some cases) for pain management use; therefore, it’s important that the proper tests are purchased if doing point of care testing. If not, a screening result that does not match the patient’s prescribed medication must be confirmed by mass spectrometry before the patient can be accused of non-compliance. Many providers, however, do not understand the presumptive nature of these test results and want to act on them immediately. Payers will not pay for two presumptive tests in one day (i.e., point of care and a lab immunoassay testing).
Another limitation of presumptive tests is that the drug of interest may not be screened. For example, most opiate screens on the market primarily detect morphine and codeine. Depending on the assay used, hydrocodone and oxycodone may not be included. Synthetic opioids, such as fentanyl, are also not routinely detected by point of care urine tests.

After the results are in from the presumptive test, what can establish medical necessity for a definitive test?
According to a white paper published by the American Society of Addictive Medicine (ASAM) in 2013, “There is no compelling rationale in clinical practice for subjecting all negative immunoassay results to definitive testing.” To date, there are no published professional society consensus guidelines regarding the effectiveness of definitive drug testing if presumptive testing is negative and is consistent with the patient’s medication regimen.
If a presumptive drug screen yields a positive result and more detail is required, definitive drug testing may be appropriate. Medical necessity for the additional testing must be clearly defined in the medical record. Among most payers, a positive presumptive test result should only be subjected to definitive testing when the results conflict with patients’ account of their drug use or when drug specificity is needed in class-specific assays (i.e., amphetamines, benzodiazepines, opiates).
Performing confirmation testing when there hasn’t been an initial screen is allowed only in few circumstances:

If a physician or lab runs testing for drug classes that were not in question during confirmation testing, medical necessity has not been established, and the claim will be denied. This is why plans such as Cigna and Blue Cross Blue Shield of North Carolina do not pay for definitive drug testing over a certain number of drug classes.

Reflex laboratory testing is a definitive test performed automatically after the presumptive test results to identify further diagnostic information essential to patient care. Testing indications, performed as a step necessary to complete a physician’s order, are not considered reflex testing. Coverage for this varies widely, and it’s important that unnecessary tests are not performed because of a misunderstanding of what should be ordered as a reflex.
Most Medicare Administrative Contractors’ guidelines state that because reference laboratories do not have access to patient-specific data, reflex testing under the following circumstances is reasonable and necessary:

Specimen validity testing may be required to assure that a specimen has not been compromised, or that a test has not been adulterated. However, payers include specimen validity testing in presumptive and definitive drug testing, and it’s considered a quality control that’s an integral part of the collection process and is not separately reimbursable. In a recent Office of Inspector General investigation for the Centers for Medicare & Medicaid Services (CMS), “… Medicare improperly paid 4,480 clinical laboratories and physician offices a total of $66.3 million for specimen validity tests billed in combination with urine drug tests.”
For more information, see: “Specimen Validity and Urine Drug Tests Under Review” on AAPC’s Knowledge Center at www.aapc.com/blog/41050-specimen-validity-and-urine-drug-tests-under-review/.

Keeping these points in mind will save you and the lab time and aggravation when records are requested for medical necessity denials.

Drug Testing Is on the Rise

Kaiser Health News, with assistance from researchers at the Mayo Clinic, analyzed available billing data from Medicare and private insurance billing nationwide and found that spending on urine screens and related tests quadrupled from 2011 to 2014, to an estimated $8.5 billion a year.
The federal government paid providers more to conduct urine drug tests in 2014 than it spent on the four most recommended cancer screenings, combined. Data also revealed that 31 pain providers received 80 percent or more of their Medicare income from just drug testing, and Medicare paid more than $2 million to pain providers (excluding laboratory payments) for point of care screening tests in 2016.

Stephanie Sjogren, CPC, CPMA, CPC-I, CDEO, CCS, HCAFA, is clinical policy and reimbursement analyst at Connecticare, Inc., and works with payment integrity to ensure proper claims adjudication and to prevent fraud, waste, and abuse. Prior to joining Connecticare, she performed provider audits and education at a women’s healthcare group. Sjogren has also worked with physicians and staff to integrate and use electronic health record systems effectively and to be compliant with CMS rules and regulations. Her areas of specialty are evaluation and management, auditing, and CDI. Sjogren has served as an officer for the Hartford, Connecticut, local chapter.