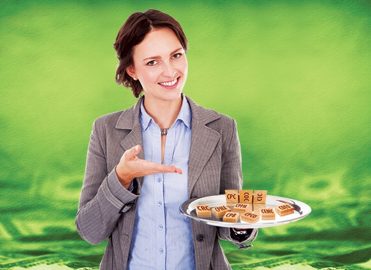 Data shows the time to get certified is now.

AAPC’s Salary Survey results this year show the overall average salary for healthcare business professionals is $51,889, while the average credentialed member makes about $54,500. Specifically, those who hold a Certified Professional Coder (CPC®) credential average $54,401 (up nearly 9 percent from last year), and those who hold any AAPC credential average $54,506 (about half a percent more than last year). Comparing the average salaries based on years of experience, it would take 20 years for an uncertified individual to make the same salary as someone with a single AAPC credential.
We admire those who are so dedicated to this industry that they remain in healthcare for decades. If you want to move your career forward faster, we strongly encourage certification. As a frame of reference, Chart A shows the average salaries of those who hold no certifications but have varying years of experience. 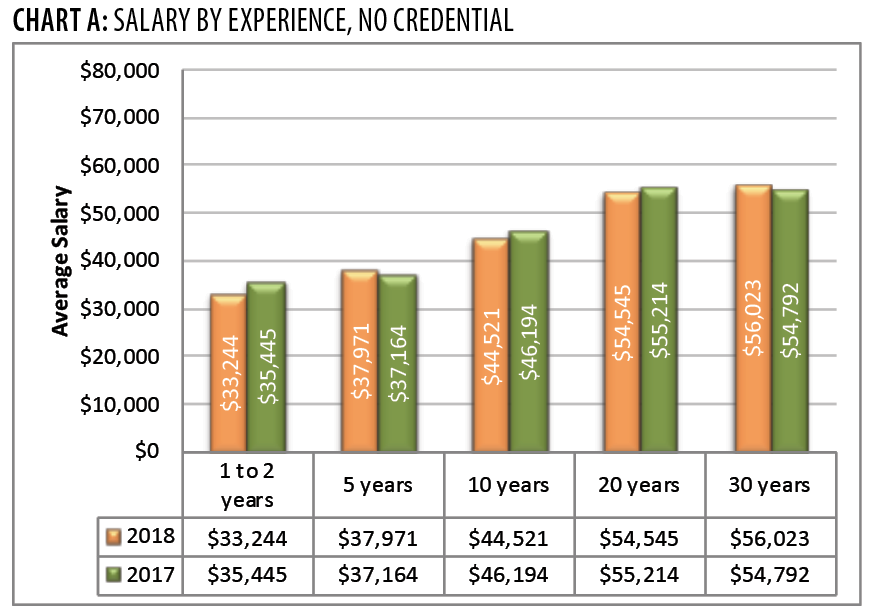 We saw a slight drop in the average salaries for certified instructors and those holding the Certified Outpatient Coder (COC™) or Certified Risk Adjustment Coder (CRC™) credential, but all other current certifications increased this year, as illustrated in Chart B. The largest increase is seen by Certified Inpatient Coders (CICs™), who report an average income of $56,045.  Billing Specialist career paths are quite lucrative, and billing specialists entering the field can expect to move onto senior positions in less than 10 years in most cases.

Factor in Where You Work

Average salaries by workplace or job responsibility did not fluctuate very much when compared to last year, as shown in Chart C. Average hospital salaries saw the largest drop, but were primed for this decrease, considering the 2017 hike of nearly 10 percent. Despite the AAPC Certified Instructor (CPC-I™) data indicated in Chart B, those in education still seem to be doing very well. Even though there may be some discrepancy between the salary data for CPC-Is™ and those who classify their job responsibilities as educational, the resulting average salaries for this group are still among the highest in each respective framework. 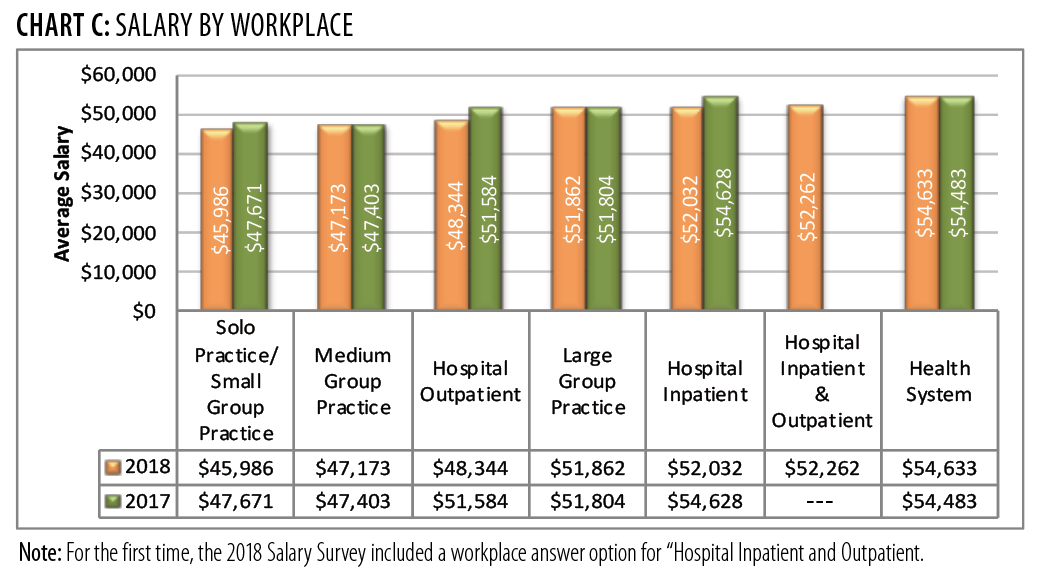 Although the majority of our respondents are not held to production or accuracy standards, those who are make up a sizable amount of the industry. Tables A, B, and C represent the baseline of required standards from employers who have such stipulations in place.

By comparing the average salaries of employees who face varying standards of production and accuracy, we found a disappointing trend. Those who are held to a higher standard consistently make less money. Our best hypothesis is that key decision-makers who understand the value of high standards also keep a close eye on employee compensation, perhaps treating the latter more strictly than they ought to. Just as our healthcare system is rewarding quality of care, we encourage employers to recognize and reward the best quality work on our side of the industry.

Different aspects of each position are perks for some, drawbacks for others. The average amount of money earned cannot be denied, however. Those who work for hourly wages make an average of $46,601 a year, whereas those who are salaried earn $63,079 on average. Employees who worked an even 40 hours per week averaged a salary of $48,878, while those who put in 50 or more hours brought in an average of $67,135.
Onsite employees make an average of $50,647 annually, and their remote counterparts earn an average of $54,296. Remote employees tend to have more credentials, however. In terms of holding two or more certifications, roughly 40 percent of remote employees met this criterion, compared to only about 30 percent for onsite employees.

A Word to Employers About Employee Burnout

At the end of 2018, the national unemployment rate was lower than it has been in almost half a century, according to the U.S. Bureau of Labor Statistics. In this field, unemployment rates have dropped significantly when compared with last year, as shown in Chart F. There are more open jobs than unemployed individuals, so those in the workforce have a surprising advantage: If they don’t like a job situation, it’s easier than ever to find something else. 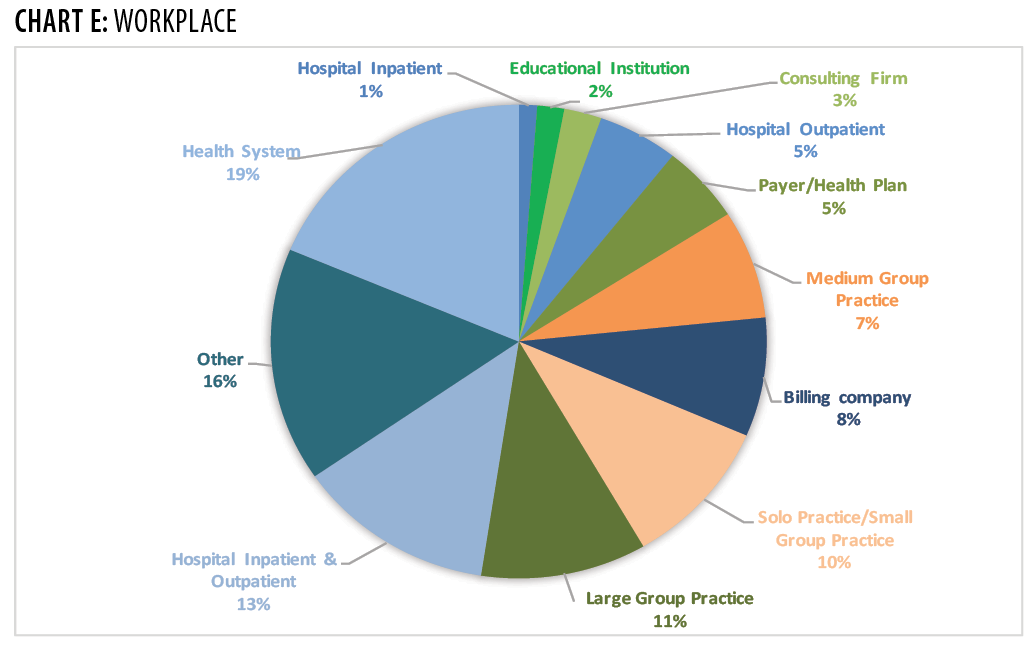 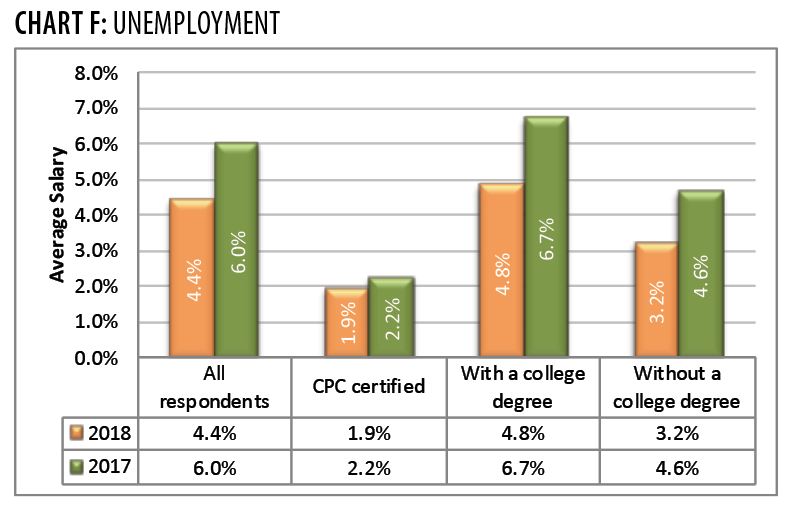 Consider the following data points to help you retain your best people:
Those who indicated they were looking for a different job because they wanted more money made an average of $40,753.
Respondents who marked they were “very dissatisfied” with their jobs made an average of $46,726, but clearly it wasn’t just an issue of how much money they brought home. If they noted they were looking for another job, the No. 1 reason they gave was simply because they don’t enjoy the work environment. These very dissatisfied respondents tended to have higher production standards than those given by rest of the respondents. Compare Tables E and F to Tables A and B.

This same group of very dissatisfied individuals indicated their employers placed roughly the same amount of emphasis on accuracy. Compare Table G to Table C. In other words, some workplaces cause incredible frustration when they demand increased quantity without sacrificing quality. These expectations will inevitably lead to employee burnout, not to mention costly errors.

Making a Living Where You Are 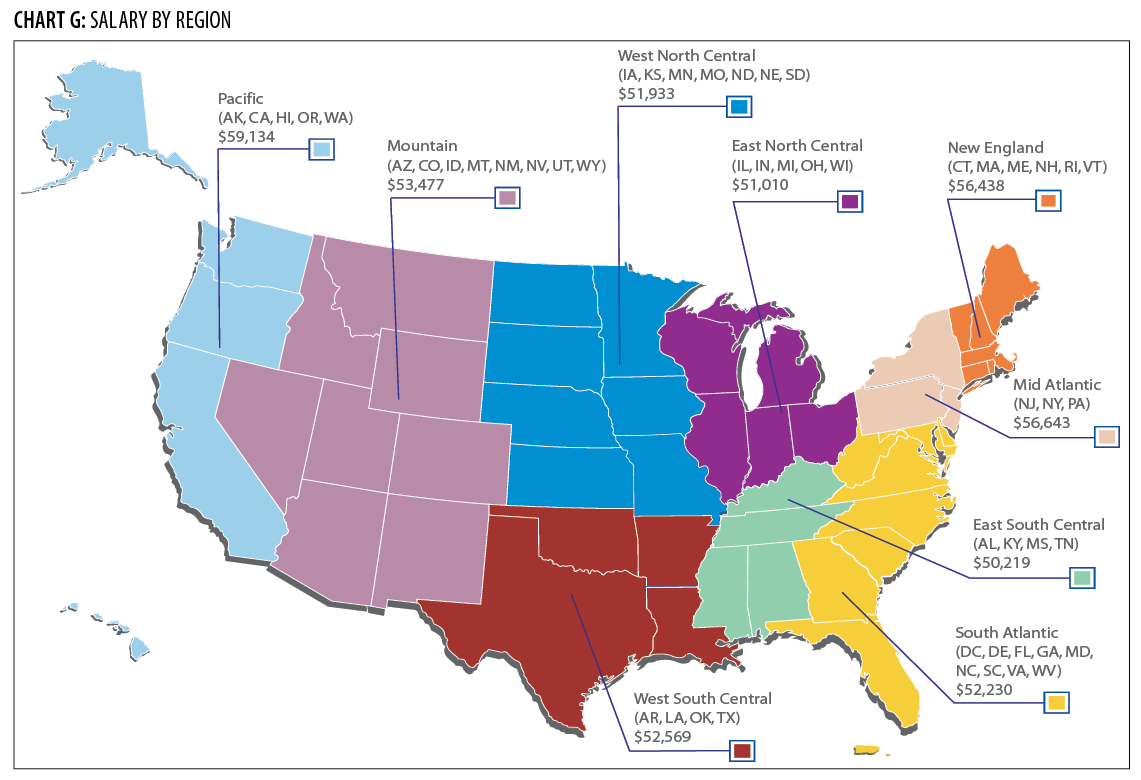 There was little variance in the salary averages by region as compared to last year. These numbers are to be expected, though, as the unemployment rate drop can most easily be explained by more people filling new positions — most likely jobs at entry-level wages.