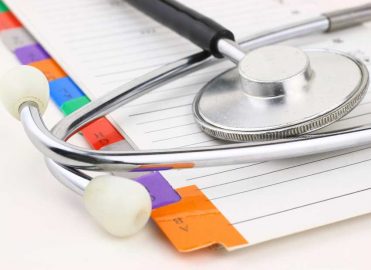 Don’t forget to review guideline changes while you familiarize yourself with 2019 code updates.

For fiscal year 2019, we have 78,881 ICD-10-PCS codes to work with. Thankfully, there aren’t quite as many updates as last year: 392 new codes, eight revised codes, and 216 deleted codes. As usual, most of the code changes are in the Medical and Surgical section. There are not nearly as many guideline changes but overlooking them could undermine your efforts for correct code assignment.

First stop: The 2019 ICD-10-PCS Guidelines for Coding and Reporting. Here, you’ll find three guidelines changes and one new guideline.
Note: Bold text indicates new or revised guidance.
Guideline A10 is revised to clarify that “and” means “and/or,” except when the word “and” is found in a qualifier (e.g., the qualifier option for a muscle flap transfer from table 0KX at the time of a mastectomy).

Guideline B3.17 is new for 2019. This guideline formalizes the coding of flaps used in transfer procedures.

Example: A musculocutaneous flap transfer is coded to the appropriate body part value in the body system Muscles, and the qualifier is used to describe the addition tissue layer(s) in the transfer flap.

Guideline B6.1a is revised to:

A device is coded only if a device remains after the procedure is completed. If no device remains, the device value No Device is coded. In limited root operations, the classification provides the qualifier values Temporary and Intraoperative, for specific procedures involving clinically significant devices, where the purpose of the device is to be utilized for a brief duration during the procedure or current inpatient stay. If a device that is intended to remain after the procedure is completed requires removal before the end of the operative episode in which it was inserted (for example, the device size is inadequate, or a complication occurs), both the insertion and removal of the device should be coded.

Of the aforementioned code changes, one that is interesting to note is Table 093 – Control. Shown in Figure 1, Table 093 is a new guideline to describe control of epistaxis from the nasal mucosa or soft tissue on the inside of the nose. This is interesting because it represents a change in the guideline explanation of control as being coded only within an anatomical region of the body and not to a specific body part.
Figure 1

0FD is a new table for the hepatobiliary system and pancreas for percutaneous needle aspiration biopsy to remove tissue. Coded to extraction.
(We still have tables 0FB for core needle biopsy of tissue (excision) and 0F9 for diagnostic drainage to remove fluid (drainage) for additional biopsy root operations available for this body system).
Table 001 has an update to the qualifiers:

All of the destinations identified with a qualifier provide a way for the Cerebral Spinal Fluid to be reabsorbed or eliminated from the body. The qualifier options for 2019 are: 2-Atrium, 4-Pleural Cavity, 6-Peritoneal Cavity, 7-Urinary Tract, and 9-Fallopian Tube.
Table 021 has an update to the qualifiers:

Table XV5
XV5 is a new table, shown in Figure 2, in New Technology for destruction of the prostate with aquablation therapy. The procedure ablates the tissue without the use of heat or cold for destruction, using a robotically-controlled, high-velocity saline stream to destroy the obstructive tissue.
Figure 2
XV5

Table XW0
The updates to this table include two new drugs under Device/Substance/Technology values G Plazomicin Anti-infective and H Synthetic Human Angiotensin II, a vasoconstrictor.
These are just some of the changes to ICD-10-PCS for 2019, as there are too many to include them all here. Be sure to review the guidelines and updates, annually, so you are accurately coding these procedures to the fullest specificity they allow. 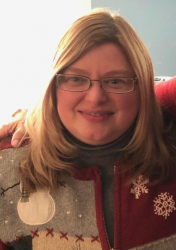 Kimberly Farley
Kimberly Farley, CIC, COC, CPC, CHONC, is an inpatient coder in Lowell, Ohio. She has been in healthcare for 23 years, initially in a surgical practice before transferring to facility coding. Farley served as education officer for the Parkersburg, W. Va., local chapter in 2019 and 2020 and member development officer in 2011 and 2012. She has also presented at chapter meetings.