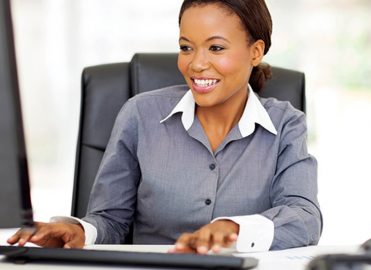 Many procedures in the CPT® code book are designated “separate procedures,” but that doesn’t mean you can report those procedures separately in every case. First, you must consider other procedures performed during the same encounter.

“Separate” Might Not Mean What You Think It Does

For example, 29830 may be reported by itself to describe a diagnostic scope of the elbow, but is not separately reported (or reimbursed) with another arthroscopic procedure in the same elbow (e.g., 29834 Arthroscopy, elbow, surgical; with removal of loose body or foreign body).

NCCI Is Your Best Guide to Bundles

CPT® doesn’t provide a complete list of codes to which a “separate procedure” may be bundled. Unless you have a full clinical understanding of the procedure performed, how can you know for certain whether a separate procedure is truly separate?
The answer is to consult the National Correct Coding Initiative (NCCI) edits (assuming your payer follows these edits) to determine if a designated separate procedure you wish to report triggers any NCCI edits. Encoder products such as AAPC Coder often include NCCI lookup tools, and your billing software may review claims for NCCI code pair edits automatically. The Centers for Medicare & Medicaid Services (CMS) updates NCCI edits each quarter (Jan. 1, April 1, etc.): Always use the most up-to-date version of NCCI when checking for edits.

An Edit Isn’t Always the End of the Line

NCCI edits aren’t absolute. Even if a designated separate procedure triggers an NCCI edit, you may still be able to report the service separately, if:

… when a procedure or service that is designated as a “separate procedure” is … considered to be unrelated or distinct from other procedures/services provided at that time, it may be reported … in addition to other procedures/services by appending modifier 59 to the specific “separate procedure” code to indicate that the procedure is not considered to be a component of another procedure, but is a distinct, independent procedure. This may represent a different session, different procedure or surgery, different site or organ system, separate incision/excision, separate lesion, or separate injury (or area of injury in extensive injuries).

For instance, if you check NCCI, you’ll notice that 29830 is bundled to 29834, which is the more extensive service; but a modifier allows (the code pair edit includes a “1” modifier indicator) you to override the edit and report the diagnostic scope separately under the circumstances described above. For example, if the diagnostic scope and the surgical scope were performed in separate elbows, 29830 may be billed separately with modifier 59 appended because it represents a separate anatomical location. You also could apply the appropriate LT Left side and RT Right side modifiers to both 29830 and 29834 to designate which procedure occurred on which elbow.

No Responses to “Separately Report a “Separate Procedure” with Confidence”