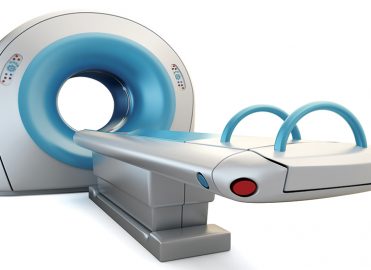 A clear understanding of the procedures surgeons use to diagnose intracranial lesions puts everything into perspective.

There are several procedural codes for stereotaxis in the CPT® code book, but only two describe stereotactic biopsy, aspiration, or excision of intracranial lesions with or without computed tomography (CT) or magnetic resonance imaging (MRI) guidance. Upon closer examination, it becomes clear when it is appropriate to report these codes.

Understand the Purpose of Stereotaxis

First, let’s examine the root words in “stereotactic.” Stereo means three dimensional (3D) and tactic means controlled orientation or movement. Stereotaxis precisely maps the individual anatomy for the surgeon. In a stereotactic procedure, the surgeon creates a 3D image to help plan the route and method for surgery. The surgeon is also able to assess the risks associated with the procedure.

A patient with left-sided weakness presents for surgery. Imaging revealed a lesion that appeared to be arising from the right thalamus into the frontal lobe. After discussion of the options, as well as the risks and benefits of the procedure, the patient agreed to undergo surgery.

The lesion was easily located in MRI and CT imaging. A target site at the border of the enhancing region was selected. Frozen section revealed tissue consistent with primary tumor.

Data was transferred to the stereotactic planning computer and fused to a previously-obtained MRI scan of the brain. Stereotactic localization was performed. A suitable target and entry point were chosen.

The patient was then brought into the operating room where the right frontal region was prepped and draped in the usual sterile fashion. Next, 5 mL of 1% Xylocaine and epinephrine was infiltrated into the skin.

A 2 cm linear incision was made, and a burr hole was created. The dura was opened with monopolar cautery and the pia opened with bipolar cautery. The 10 mm side cutting needle was then passed to the target and 5 specimens were obtained.

When it was felt that adequate tissue had been obtained, the needle was slowly withdrawn. There was no evidence of hemorrhage. Gel foam and bone dust replaced into the burr hole. The wound was copiously irrigated with bacitracin saline and the skin closed with staples.

This is a 34-year-old male with a history of diplopia, visual disturbance, loss of balance motor weakness, as well as a variety of progressive neurological complaints. He has undergone extensive evaluation including MRI, PET scan, and lumbar puncture without a definitive diagnosis. He presents today for a brain biopsy.

After induction of satisfactory general anesthesia, the patient was positioned for surgery supine, and all pressure points were checked and padded. The head was fixated in the Mayfield head holder. The surgical incision area was shaved and prepped in the usual fashion. The Brain lab system was registered to the CT and MRI scans and the biopsy region localized. The planned, outlined incision was infiltrated with 10 cc of 1% lidocaine with 1-100,000 epinephrine. After sterilely prepping and draping and performing a timeout, the procedure began.

A small right frontal incision was made and hemostasis obtained with bipolar cautery. Self-retaining retractors were used to maintain the exposure. A burr hole was not placed over the biopsy region as confirmed with the brain lab system. A small craniotomy flap was now turned. With this completed the dura was now opened and a dural biopsy specimen sent to pathology. The abnormal gyrus was exposed and confirmed with the brain lab system. A 1 cm cube biopsy specimen was obtained using a beaver blade and Penfield dissector. Hemostasis was now obtained with bipolar cautery. A deeper specimen of white matter was obtained as a separate specimen.

With the biopsy completed, hemostasis was insured, and the biopsy site lined with Surgicel.

After absolute hemostasis was ensured, we proceeded with closure in the usual fashion. The dura was closed with 4-0 Nurolon. DuraGen was used to cover the dura, and the bone flap replaced into its anatomical position and fixated with fixation plates and screws. The wound was now copiously irrigated with antibiotic irrigation and hemostasis once again inspected and ensured. The final closure was again performed in layers with 2-0 Vicryl, 3-0 Vicryl, and staples for the skin incision.

The patient’s wound and hair were now washed, and sterile ointment applied to the wound. The patient was removed from the head holder and turned over to anesthesia for awakening and extubating.

Oby Egbunike
Oby Egbunike, CPC, COC, CPC-I, CCS-P, is the director of professional coding at Lahey Health Care System, Burlington, Mass. She holds a Bachelor of Arts in business administration with a concentration in health information management from Northeastern University Boston. Egbunike has more than 10 years of experience in the healthcare areas of management, coding, billing, and revenue cycle. She is a member of the Burlington, Mass., local chapter.
Latest posts by Oby Egbunike (see all)
Fine-tune Your Stereotactic Procedure Coding was last modified: February 5th, 2019 by Oby Egbunike
Tagged :
Tweet

About Oby Egbunike Has 2 Posts

Oby Egbunike, CPC, COC, CPC-I, CCS-P, is the director of professional coding at Lahey Health Care System, Burlington, Mass. She holds a Bachelor of Arts in business administration with a concentration in health information management from Northeastern University Boston. Egbunike has more than 10 years of experience in the healthcare areas of management, coding, billing, and revenue cycle. She is a member of the Burlington, Mass., local chapter.

One Response to “Fine-tune Your Stereotactic Procedure Coding”