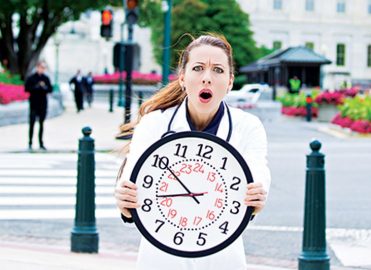 Data from 20 million appointments by SolutionReach was analyzed to gain insight into the optimum time for practice managers and their staffs to successfully remind patients about their upcoming appointments.  The data showed that a reminder sent immediately after making the appointment has little effect on the patient arriving for the appointment.

The second reminder is optimized when it is sent anywhere from three to five days before the appointment. I have found that the patient needs at least three days to make arrangements to get time off from work for the appointment.  The data bears this out.

The research found that a third reminder is optimally sent 3 hours before the appointment. This reminder does not have any significant impact on patient confirmation rates, but it has impact as a day of reminder to help the patient not forget the appointment at the last minute, with the day’s busy tasks.  Three hours allows the patient time to rearrange their schedule to make it to the scheduled appointment and not cancel.
With today’s automation, text, and email reminders, along with automated phone calls, such that we no longer have to sit on the phone doing reminders, it is possible to implement this type of three-step reminder system to decrease patient no shows.