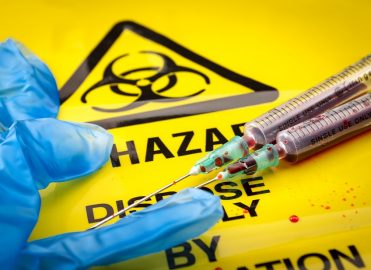 Revisions to the State Operations Manual (SOM 100-07), Appendix Q, are intended to help federal and state inspectors quickly identify violations of health and safety regulations. In a March 5 blog, Centers for Medicare & Medicaid Services (CMS) Administrator Seema Verma said new guidance was needed to to make across-the-board improvements in healthcare safety and quality.
“Despite stringent safeguards, alarming stories continue to be reported about people, including some of our most vulnerable individuals, who have experienced harm in healthcare settings that is devastating to these patients and their families. These include cases of sexual, physical, or mental abuse; neglect and medical mistakes resulting in death; and serious and life-threatening injuries or impairments,” Seema said.
The new guidance directly addresses violations of health and safety regulations that put patients in immediate jeopardy. CMS also has drafted subparts to Appendix Q that focus on immediate jeopardy concerns occurring in nursing homes and clinical laboratories.

Core Appendix Q contains a number of key changes from the previous version, including:

To cite immediate jeopardy, inspectors must be able to determine that:
(1.) noncompliance;

(2.) caused or created a likelihood that serious injury, harm, impairment or death to one or more recipients would occur or recur; and

(3.) immediate action is necessary to prevent the occurrence or recurrence of serious injury, harm, impairment, or death to one or more recipients.

“Likely/Likelihood means the nature and/or extent of the identified noncompliance creates a reasonable expectation that an adverse outcome resulting in serious injury, harm, impairment, or death will occur if not corrected,” CMS clarifies in the new guidance.
CMS has also developed an administrative tool (template) for inspectors to use to make sure they have the evidence needed to meet the criteria for immediate jeopardy. Inspectors will use this tool to clearly convey an immediate jeopardy situation to the healthcare provider, supplier, or laboratory.

Violations of health and safety regulations carry serious penalties for Medicare- and Medicaid-certified healthcare providers, suppliers, and laboratories. Noncompliance includes the lack of or inadequate emergency preparation. CMS is providing online training on the new guidance to help providers understand the purpose and process of survey and certification. Regional Office and State Survey Agency surveyors, members of management, and training coordinators were required to take this training by March 22.