Get the Facts on Factitious Disorders 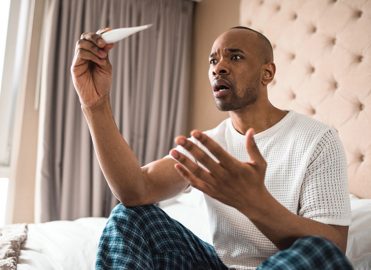 Understand the truth behind fabricated symptoms for proper ICD-10-CM coding.

Factitious disorder is a condition where a person intentionally produces or exaggerates physical or psychological signs and symptoms. They may even hurt themselves or others to bring on symptoms. This is considered a mental (rather than a physical) ailment, although the cause of factitious disorder is not completely known.
As opposed to a “malingerer” who feigns illness for external incentives, such as financial gain, or to avoid criminal penalties or military duty, the individual suffering from factitious disorder may be serving an inner need for attention.
The word factitious comes from a Latin word that means “artificial” or “contrived.” Factitious disorder has earned many nicknames, such as hospital addiction, pathomimia, polysurgical addiction, peregrinating patients, compensation neurosis, and hospital hopper syndrome. There are no reliable statistics about how common it is, but reports of this condition have been described since at least biblical times. It was originally referred to as Munchausen syndrome, named after the fictitious character Baron Karl Friedrich Hieronymus Freiherr von Münchhausen, an 18th century German military officer whose stories about his military exploits became increasingly exaggerated and outlandish.

How Is Factitious Disorder Diagnosed?

Properly diagnosing factitious disorder is challenging, but there are common symptoms:

Although the cause of this disorder is not known, there are general trends. Many patients with factitious disorder have a history of abuse, trauma, family dysfunction, social isolation, early chronic medical illness, or professional experience in healthcare (training in nursing, for example). Some have a history of borderline or antisocial personality symptoms, or a grudge against the medical profession and society. Adults aged 20-40 years are most likely to develop it.

It has been estimated that unnecessary tests and waste of other medical resources caused by factitious disorder may cost the government as much as $40 million per year. To reduce the misuse of medical resources and to prevent harm to patients, psychotherapy may be used as a treatment to change the thinking and behavior of the individual with the disorder. Family therapy may also help in teaching family members not to reward or reinforce the behavior of the person with the disorder.

Sandra Pedersen, CPC, CEMC, CPMA, has 16 years’ experience in the medical field, including coding department management, practice management, and auditing. She has been a certified auditor and coder for nine years. Pedersen holds a Bachelor of Science in Microbiology from the University of Kansas. She is a member of the Scottsbluff, Neb., local chapter.