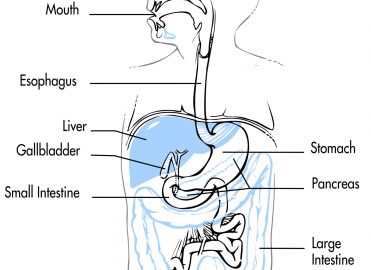 For 2019, the CPT® codebook made changes that affect proper coding for replacement or change of a gastrostomy tube. Here’s what you need to know to be sure your coding is current and correct.
A gastrostomy tube, or G-tube, is a tube inserted through the abdomen to deliver nutrition directly into the stomach. Prior to 2019, a single code, 43760, was used to report replacement of a G-tube without imaging or endoscopic guidance. As of January 1, 2019, 43760 is no longer valid. Instead, CPT® introduced two new codes to better reflect the work involved when replacing gastrostomy tubes:

The codes are distinguished by the necessity to revise the gastrostomy tract when replacing the tube. As explained in the February 2019 CPT Assistant:

Gastrostomy tubes (G-tubes) may be inadvertently removed if traction is placed on the tube. Inadvertent G-tube removal is a common complication, usually occurring in combative or confused patients who pull on the tube. If the gastrostomy tract has had time to mature (eg, at least four-weeks old), and the G-tube has not been removed for more than four to six hours, a replacement tube may be placed through the same gastrostomy tract. Removal and replacement may also be scheduled for a clogged tube.

In these cases, replacement of the G-tube is “straightforward and would be reported with code 43762,” CPT Assistant continues, and provides the following example:

A 76-year-old female suffering from significant malnutrition previously required placement of a percutaneous gastrostomy tube. The gastrostomy catheter has become clogged; attempts to establish luminal patency have been unsuccessful. The physician is requested to remove the obstructed gastrostomy catheter and replace it.

As CPT Assistant notes, however, that for some patients:

… replacing a G-tube is more complicated, such as when a gastrostomy tract has not matured or when the G-tube has been out for many hours or in cases where cooperation of the patient is difficult, as in some children or confused patients. In such situations, the tract may be difficult to access and require dilation and guidewires to place a new tube. Another example is when gastric contents have leaked and there is maceration, ulceration, or necrosis of the surrounding skin that requires debridement and management of a larger-than-normal gastrostomy tract for tube replacement. Pressure necrosis of the underlying skin also complicates G-tube replacement. These procedures are more complicated and …. would be reported with code 43763.