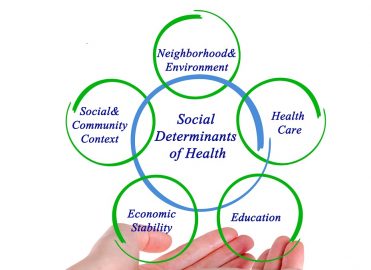 Karen DeSalvo, MD, MPH, MSc, opened 2019 HEALTHCON at Caesars Palace, Las Vegas, April 29, with a deep dive into how social determinants affect the business of healthcare. Claiming one of her best memories was sitting on the medical records committee of the hospital decades ago, she admitted the assignment problem helped her pursue her work now. 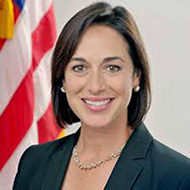 Speaking to more than 2,000 attendees, DeSalvo pointed to the United States’ falling lifespan and healthcare success despite spending the most. She pointed to social determinants, a number of factors that influence patients’ healthcare. These include a patient’s ability to access healthy food, their living circumstances and environment, education, genetics, social support, and other factors.
Noting that efforts to address some of these problems going back to the George W. Bush administration are beginning to bend the downward curve, DeSalvo said the solution is based on adequate data gathering and partnerships between federal and state, provider and payer, and commercial efforts. Data is being gathered, she explained, but more is needed in an easily accessible platform where actuarial research can be performed.
However, DeSalvo, a physician at Charity Hospital, New Orleans, and a board member of Humana, pointed to several challenges. The record keeping in social services is often done via paper, and an electronic health records-like system is needed to aggregate it. She also pointed to several cultural and financial changes needed to improve healthcare based on social determinants.

DeSalvo pointed to several efforts underway to address the problems that influence a patient’s health and longevity.
Several healthcare systems, such as United Healthcare and Intermountain Healthcare, are addressing social determinants in their members using the data gathered to develop sophisticated care plans. In North Carolina, a model plan is being developed addressing the issue. LYFT and Uber are providing transportation to the poor and elderly.  She explained efforts are falling into three categories:
Awareness – Acknowledging and address needs in patient communities. This includes setting up clinics and programs addressing specific problems.
Assistance –  Examples of this are efforts to establish  food banks, address literacy, provide transportation, and for one payer, build low-cost housing.
Alignment – Payers, agencies, and commercial entities work together to address the problems that adversely impact patients’ health.
She is optimistic, but cautions that the healthcare system can’t solve the problem alone. In answer to an attendees question about adopting a universal healthcare plan similar to France’s, for example, she said that research shows more money spent on food security, education, early childhood care, and other factors with lower spending on healthcare is more successful and what makes the European systems work.
There are several unintended consequences yet to be addressed, these include:
Privacy and consent – How do we determine and share information without violating privacy?
Sharing data – How do we develop a data system that is universal?
Burden on system – How do we find the resources to manage what is needed?
Burden on individual– How much can we ask a patient to do?
Asking people to prove poverty – How do we maintain the patient’s dignity, confirming poverty without repeatedly asking them to prove it?
The issue, she feels, is being solved. And she points to several recent moves by Congress and the Centers for Medicare & Medicaid Services that are moving in the right direction.

No Responses to “Karen DeSalvo Kicks Off HEALTHCON”