I Am AAPC: Eugenia Miller, CPC-A 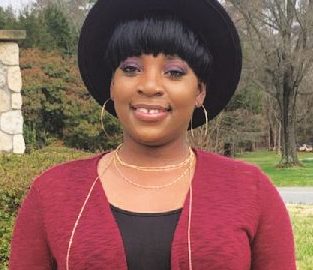 After the passing of my grandmother, I quickly realized I wanted to make her proud. In 2004, I was a cashier at Walmart and noticed they were getting  an eye doctor. Out of curiosity, I took the initiative to learn more and speak to the assistant manager; right away, I landed a job. I never worked in the medical field before, so I had no clue as to what was ahead, but overnight I became an optometry assistant. I learned so much: billing and insurance, denials, coding, managed care, scheduling, check in, check out, follow up, and leadership as an office manager. I admit this was overwhelming, but I remembered what my grandmother always told me: “Quitting is not an option.” I learned to be a self-starter and tapped into my superpowers. I taught myself everything.
Grandma-inspired Superhero
I was so excited that I finally found my passion, and I was good at it. I wanted to advance my career, so I pursued medical billing and coding education. In 2016, I went to South Piedmont Community College and took their Medical Billing and Coding course. I got the surprise of my life: I thought it would be a piece of cake, but this was not a bird course. I hadn’t planned on taking the Certified Professional Coder (CPC®) exam after I completed the course, but I had so much invested and I really wanted this. I started attending Charlotte, North Carolina, local chapter meetings, where I found a great tutor.
Quitting Is Not an Option
I started attending Charlotte, North Carolina, local chapter meetings, where I found a great tutor. A year later, I scheduled to take the CPC® exam. I admit, I cried during my test — emotions were heavy, and I felt overwhelmed and discouraged — but I kept going, said a little prayer, and finished. I passed on the first try and it felt so GOOD! I’m proud that I didn’t give up. After the CPC® exam, the real test has been finding a job. I have been on several interviews, but I haven’t landed a coding job. I will not stop because quitting is not an option. As my search continues, I attend chapter meetings to network, educate myself via webinars, and learn as much as I can about billing and coding.
#IAMAAPC

One Response to “I Am AAPC: Eugenia Miller, CPC-A”