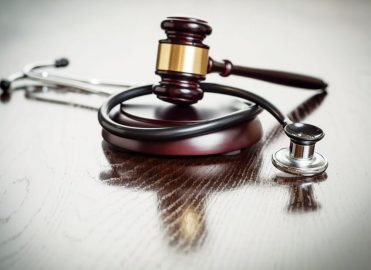 A final conscience rule issued May 2 by the U.S. Department of Health and Human Services (HHS) Office of Civil Rights (OCR) has stirred up a hornets’ nest of controversy that has been lying dormant for years.
The Protecting Statutory Conscience Rights in Health Care: Delegations of Authority final rule “protects individuals and health care entities from discrimination on the basis of their exercise of conscience in HHS-funded programs,” HHS states in a May 2 press release. The very thought of this has many people concerned that they will be turned away when in need of medical treatment.
This final conscience rule neither promotes discrimination nor establishes a new precedent, however. As HHS says in their press release, “Just as OCR enforces other civil rights, the rule implements full and robust enforcement of approximately 25 provisions passed by Congress protecting longstanding conscience rights in healthcare.”

AAPC National Advisory Board President Michael D. Miscoe, JD, CPC, CASCC, CUC, CCPC, CPCO, CPMA, CEMA, AAPC Fellow, of Miscoe Health Law, LLC, explains, “In short, this rule, which revises prior regulations, and which merely implements long-standing statutory protections, changes little. There is no new law or requirement — merely a restatement of what the statutory rules are. The rule also reflects the increased focus of the present administration on enforcing the provisions of existing federal law.
“These regulations address already existing statutes that, in large part, prohibit recipients of federal funds from discriminating against providers who have moral or religious objections to the provision of certain services. There were two prior regulations that addressed these statutory protections. This first was published in 2008 and specifically delineated protection and enforcement rights for those asserting conscience objections under the various statutory protections. Following a change in administration, this rule was gutted in 2011 and OCR’s enforcement abilities were effectively curtailed. The present version of the rule appears to more clearly define the protections afforded by the various statutory provisions and re-affirms the authority of the OCR to take action against prohibited conduct.
“According to the published purpose of this rulemaking, the Department concluded that there was a significant need to amend the 2011 Rule to ensure knowledge of, compliance with, and enforcement of, federal conscience and anti‐discrimination laws. As to the need to revise the existing regulations, the Department also stated that the 2011 Rule created confusion over what is and is not required under federal conscience and anti‐discrimination laws and narrowed OCR’s enforcement processes.
“The rule (as an interpretation of the statutory provisions it is implementing) prevents those physicians from being discriminated against because they have exercised their right to refuse to provide such services and also protects those physicians who object to providing certain services on religious or moral grounds from being compelled to refer a patient to someone who doesn’t have such objections. While the debate associated with these regulations tends to focus on the issue of abortion services, it covers any service that a particular provider may have a religious or moral objection to (immunizations, for example).
“Bottom line: Conduct that was impermissible under the referenced statutes is still impermissible. This revised regulation does not change the law but instead attempts to eliminate confusion as to what is or isn’t permissible and places greater priority on enforcement by the OCR so that those who are protected by the underlying statutes can obtain relief if discriminated against.”

In fact, the final rules protect healthcare entities, employees, professionals, and patients. An HHS fact sheet on the final rule clarifies the protections, which include, “Patients who object to certain procedures, including screenings and mental health treatment of children or occupational illness testing, and in other specific instances set forth by Congress.”
The official final conscience rule, still pending, goes into effect 60 days after it is published in the Federal Register.