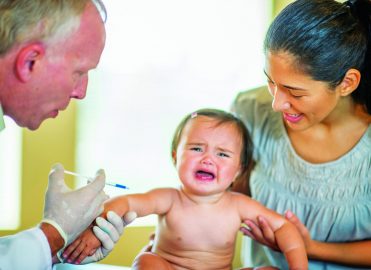 New York State Governor Andrew M. Cuomo signed legislation June 13 removing non-medical exemptions from school vaccination requirements for children. Religion is no longer a viable excuse for not immunizing children in the state.
“The science is crystal clear: Vaccines are safe, effective and the best way to keep our children safe. This administration has taken aggressive action to contain the measles outbreak, but given its scale, additional steps are needed to end this public health crisis,” N.Y. Governor Cuomo said. “While I understand and respect freedom of religion, our first job is to protect the public health and by signing this measure into law, we will help prevent further transmissions and stop this outbreak right in its tracks.”

The law comes at a time when the United States is experiencing the worst outbreak of measles in more than 25 years, according to the governor’s press office. From Jan. 1 to June 6 this year, 1,022 individual cases of measles have been confirmed in 28 states, according to the Centers for Disease Control and Prevention (CDC). New York is just one of many states with reported cases of measles.
The last uptick of measles, in 2014, included 383 cases occurring primarily among unvaccinated Amish communities in Ohio, according to the CDC. Most Amish children don’t attend public schools so the legislation has little affect on them.

Mumps isn’t getting a lot of press, but from Jan. 1 to May 24, the CDC reports that 42 states and the District of Columbia reported mumps infections in 1,002 people to the CDC. The largest mumps outbreaks are in Texas and Pennsylvania.

All 50 states have legislation requiring specified vaccines for students, according to the National Conference of State Legislatures (NCSL). All school immunization laws grant exemptions to children for medical reasons. There are 45 states and Washington D.C. that grant religious exemptions and 15 states that allow philosophical exemptions. California, Mississippi, West Virginia, and as of this year, Maine and New York, grant neither religious nor personal belief exemptions.