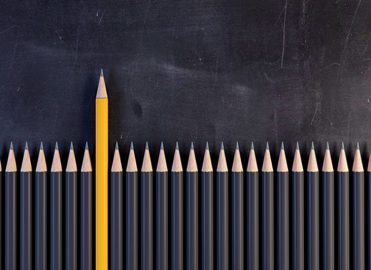 When you have distinct, separate procedures, know which modifiers will get the claim paid in full.

Modifier 59 Distinct procedural service acts as a “universal unbundling” modifier for procedures that are normally included as part of another procedure, or “bundled.” The modifier tells the payer that there are special circumstances that warrant separate reporting (and payment) of the unbundled code.

The Centers for Medicare & Medicaid Services (CMS) created four new modifiers, referred to as X[ESPU], to better differentiate between the reasons for unbundling codes:
XE Separate encounter
XS Separate structure
XP Separate practitioner
XU Unusual non-overlapping service
These modifiers apply to Medicare Part B. Some commercial insurance companies have indicated in their online reimbursement manuals they will process the X[ESPU] modifiers, as well, such as Horizon Blue Cross Blue Shield of New Jersey.
CMS does not require providers to use modifiers X[ESPU] in place of modifier 59, and they continue to accept modifier 59, for now. However, if your practice ignores the modifiers which carry more specific information and uses modifier 59 instead, do not be surprised if your Part B carrier audits your modifier 59 usage to make sure it’s not being over-utilized to unbundle CPT® codes. Be sure to review the documentation and ask yourself if the unbundling is justified enough to apply the appropriate X[ESPU] modifier.
Let’s look at some examples of when each of the “X” modifiers are used.

This modifier tells the payer that the service is distinct because it occurred during a separate encounter on the same date of service as the bundled procedure.
Example:
The patient sees the otolaryngologist in the morning, at which time the doctor performs an evaluation and management (E/M). During the visit, the patient complains of nasal congestion and headaches and the doctor performs a diagnostic nasal endoscopy. The visit is coded:
99213-25            Office or other outpatient visit for the evaluation and management of an established patient, which requires at least 2 of these 3 key components: An expanded problem focused history; An expanded problem focused examination; Medical decision making of low complexity. -Significant, separately identifiable evaluation and management service by the same physician or other qualified health care professional on the same day of the procedure or other service.
31231     Nasal endoscopy, diagnostic, unilateral or bilateral (separate procedure)
That evening, the patient experiences a severe nosebleed and goes to the emergency room (ER). The ER physician is unable to stop the bleeding and calls the otolaryngologist in. The otolaryngologist comes to the ER and performs an extensive control of the nasal hemorrhage with packing. This encounter in the ER for the otolaryngologist is coded:
30903     Control nasal hemorrhage, anterior, complex (extensive cautery and/or packing) any method
CPT® 30903 is a National Correct Coding Initiative (NCCI) Column 2 code for 31231, meaning the two codes are bundled and not separately payable. Appending modifier XE to 30903 tells the payer that the procedure performed in the ER was a separate encounter from the diagnostic nasal endoscopy performed that same day in the office.

This modifier tells the payer that the service is distinct from the bundled service because it was performed by a different practitioner.
Example:
A colorectal surgeon performs 44147 Colectomy, partial; abdominal and transanal approach while another surgeon in the group performs +38747 Abdominal lymphadenectomy, regional, including celiac, gastric, portal, peripancreatic, with or without para-aortic and vena caval nodes (List separately in addition to code for primary procedure). CPT® +38747 is a Column 2 code of 44147, but since a different physician performed this procedure, modifier XP is used to break the bundle. Coding is: 44147, 38747-XP.

This modifier tells the payer that the service is distinct because it does not overlap usual components of the main service.
Example:
The otolaryngologist performs a rigid diagnostic nasal endoscopy for nasal complaints, and then pulls out the rigid endoscope and performs a flexible laryngoscopy to evaluate the patient’s complaints of coughing, throat clearing, and difficulty swallowing.
A nasal endoscopy and flexible laryngoscopy are not usually both coded and charged during the same encounter because the same scope can be used for both diagnostic procedures. This encounter is coded:
31231-XU            Nasal endoscopy, diagnostic, unilateral or bilateral (separate procedure)
31575     Laryngoscopy, flexible; diagnostic
CPT® 31231 is coded whether a rigid endoscope or a flexible endoscope is used, and it’s a Column 2 code of 31575. Interestingly, 31231 has more relative value units (RVUs) than 31575, and should be listed first.

This transmittal does not affect your Medicare managed care payers, Medicaid, or commercial payers. Survey all these payers to find out if they have limitations when applying modifier 59 to the Column 1 and Column 2 codes. While performing your survey, you might also ask your payers if they recognize modifiers XE, XS, XP, and XU.