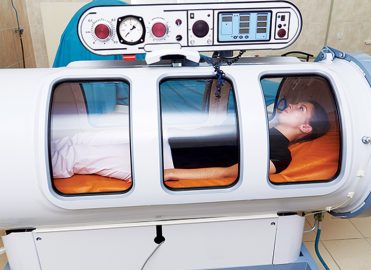 Coverage determinations for hyperbaric oxygen therapy (HBOT) for radiation proctitis make getting paid for physician services tricky. A review of historical diagnosis code changes, and the effect these changes have had on Medicare coverage determinations is necessary to ensure proper claims payment.

With the implementation of ICD-10 on Oct. 1, 2015, all Medicare national coverage determinations (NCDs) and local coverage determinations (LCDs) required General Equivalence Mapping (GEM) to crosswalk ICD-9 codes to the new ICD-10 codes. This resulted in ICD-9 code 990 Effects of radiation, unspecified crosswalking to ICD-10 code T66.XXXA Radiation sickness, unspecified, initial encounter and ICD-9 code 909.2 Late effect of radiation crosswalking to ICD-10 code L59.9 Disorder of the skin and subcutaneous tissue related to radiation, unspecified.
ICD-10 code T66.XXXA does not truly represent the indication for which HBOT is provided. Specifically, radiation sickness is not equivalent to radiation necrosis by clinical standards. The Excludes1 note under T66.XXXA in the ICD-10-CM code book specifically excludes the code range L55-L59 Radiation-related disorders of the skin and subcutaneous tissue. Based on this, the Centers for Medicare & Medicaid Services (CMS) removed T66.XXXA from NCD 20.29 in Change Request (CR) 9252, revised on Dec. 3, 2015, and implemented Jan. 4, 2016.
This left NCD 20.29 with only L59.9 on the list of covered diagnoses representing soft tissue radiation necrosis, or Covered Condition 12 Soft tissue radionecrosis as an adjunct conventional treatment. This code relates to soft tissue radiation injury, but the descriptor also indicates it as unspecified.

How the NCD Affects Coding and Billing

When providers document the specific area of radiation injury or the specific diagnosis based on clinical condition, such as radiation proctitis, Medicare will deny the claim under NCD 20.29. Providers opting to follow correct coding conventions and guidelines by reporting K62.7 Radiation proctitis will need to formally appeal the claim denial by following their Medicare Administrative Contractor’s (MAC’s) procedures within specified time parameters. ICD-10 code K62.7 also requires an additional code to be reported from W90.- Exposure to other nonionizing radiation.
In October 2016, the list of covered indications in the NCD was updated again, and CMS instructed MACs to remove ICD-10 diagnosis code L59.9 from the NCD and replace it with L59.8 Other specified disorders of the skin and subcutaneous tissue related to radiation to represent soft tissue radiation necrosis. This revision was issued in CR9631 on June 3, 2016, and implemented on Oct. 3, 2016. At the very least, this revision removed the unspecified language from the diagnostic code chosen. No additional changes to L59.8 were made in the Oct. 1, 2017, CR10086.
Another update by CMS in 2018 resulted in a description and definition change for L58.9 Radiodermatitis, unspecified. This is found in CR 10318, effective April 1, 2018. Radiodermatitis, unspecified is correlated with ICD-10 code L58.9 in the ICD-10-CM code book and requires an additional code to identify the source of radiation using codes W88 Exposure to ionizing radiation or W90 Exposure to other nonionizing radiation.
A revision was made in CR11134 to correct the definition for L59.8 to represent soft tissue radiation necrosis. Both effective and implementation dates of this CR are July 1, 2019.

On top of national coverage limitations, you’ll also have to battle local coverage regulations.
For example, specific to Maryland’s Part B MAC, Novitas, providers must also adhere to LCD L35021, Hyperbaric Oxygen Therapy, effective Oct. 1, 2015, and the revision, effective April 11, 2019. In this LCD, Novitas approved ICD-10 code L59.8; however, as aforementioned with CR11134, on July 1, 2019, Novitas will apply the correct definition of L59.8. In other words, Novitas made an error and approved the erroneous definition to L58.9, and it will likely approve a correct definition when CR11134 takes effect on July 1.
This means that when providers document the specific area of radiation injury or the specific diagnosis based on clinical condition, Novitas will deny the claim because neither NCD 20.29 nor LCD L35021 is followed. Providers who follow correct coding conventions and guidelines need to formally appeal the claim denial by following Novitas’ appeal procedures within specified time parameters.
Another example includes Georgia’s Part A MAC, Palmetto GBA. Here, numerous regional providers expressed their concerns and questions regarding NCD 20.29, proper documentation of HBOT, and more at the May 15, 2018, teleconference on HBOT, hosted by Palmetto GBA.

According to the Undersea & Hyperbaric Medical Society (UHMS) Guidelines, 13 Edition, Chapter 11: Delayed Radiation Injury Soft Tissue and Bony Necrosis, delayed radiation injury is a covered indication for HBOT. The guidelines state, “Because a consistent cause and manifestation of radiation injury is vascular obliteration and stromal fibrosis, the known impact of hyperbaric oxygen in stimulating angiogenesis is an obvious and important mechanism whereby hyperbaric oxygen is effective in radiation injury.”
The Palmetto GBA teleconference is an example of where clinical definitions of “soft tissue,” specifically bowel wall tissue, are in dispute between the National Cancer Institute’s definition (applicable because radiation treatment rationale and subsequent late effects were for cancer) and the current CMS definition (which does not consider the bowel wall to be tissue at all).
A Clarification Update on July 6, 2018 from the Palmetto GBA teleconference acknowledges this discrepancy: “It is unclear if radiation proctitis and/or radiation cystitis are covered per NCD 20.29. These conditions are not necrotic, but inflammatory in nature, so the strict definition does not apply.”

With all of the diagnostic codes gained in ICD-10, soft tissue radiation necrosis has not been represented well because there is little consistency, from a coding perspective. The disparity has resulted in increased denials for HBOT claims with more specific diagnoses of anatomical locations, with late effects of radiation and for claims not following the diagnosis specified for soft tissue necrosis by either NCD or LCD as the primary indication.
Certified coding and billing specialists can follow several steps to mitigate HBOT claim denials related to soft tissue radiation necrosis:

If a claim is denied, even though the appropriate medical necessity has been documented, take time to submit an appeal for payment within the time parameters set forth by your MAC.
In the meantime, HBOT providers should write to their MAC’s medical directors, attend current HBOT conferences in their regions and nationally, participate in ICD-10 meetings by submitting proposals on new or revised codes, and keep abreast of current news and announcements made by the UHMS. 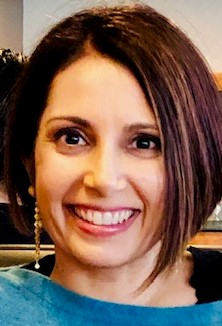 Sonal Patel
Sonal Patel, CPMA, CPC, CMC, is a healthcare coding and compliance consultant at the law firm of Nexsen Pruet, LLC. She has over 10 years of experience in multi-specialty healthcare coding and auditing. She provides reimbursement investigations for Parts A and B providers. Patel delivers healthcare lawyers with strategies and analyses to overturn denials with private and government payers. She is a member of the Northbrook, Ill., local chapter.

About Sonal Patel Has 5 Posts

Sonal Patel, CPMA, CPC, CMC, is a healthcare coding and compliance consultant at the law firm of Nexsen Pruet, LLC. She has over 10 years of experience in multi-specialty healthcare coding and auditing. She provides reimbursement investigations for Parts A and B providers. Patel delivers healthcare lawyers with strategies and analyses to overturn denials with private and government payers. She is a member of the Northbrook, Ill., local chapter.