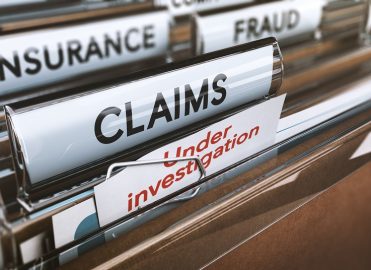 The Centers for Medicare & Medicaid Services (CMS) knows that a significant amount of money is being overpaid to insurance companies in the Medicare Advantage program, but they have yet to recover these overpayments. That’s about to change. CMS says it will increase the audits being performed on Medicare Advantage risk-adjusted code submissions and apply extrapolation to the samples when calculating overpayments.

Risk adjustment payment to Medicare Advantage insurance plans was approved by Congress in 2003 to make sure that plans did not shy from the sicker patients who consume more resources. Medicare Advantage programs were initially on the honor system for reporting the acuity of their populations. Some insurers allegedly found ways to boost their risk scores and, as a result, their revenue (source).
In 2007, CMS began Risk Adjustment Data Validation (RADV) audits. The audits of 37 health plans revealed that, on average, auditors could confirm just 60 percent of the more than 20,000 medical conditions that CMS had paid the plans to treat (source). One audit finding showed health plans wrongly reporting diabetic patients with complications, such as eye or kidney problems, which resulted in overpayments in excess of $10,000 per year for more than 150 patients.
Despite this poor finding in the initial audit, CMS did not perform any audits on payments made during 2008-2010, after the insurance industry successfully challenged extrapolation in 2007 (source).

Insurance companies could go years without being chosen for review; and when chosen to be audited, they most often only paid back a few hundred thousand dollars, based on any improper payments found in the audit sample. Medicare Advantage audits have recouped a total of about $14 million, which is reportedly less than what it has cost CMS to conduct the audits.
CMS is trying again to recoup overpayments from Medicare Advantage insurers through RADV audits. They have a goal to get back about $1 billion in Medicare Advantage overpayments by 2020. This represents just a tenth of what CMS estimates the plans have overcharged the government in a given year. CMS estimates that plans have been overcharging the government $10 billion per year for over a decade.

The new audits include a sample of a random 200 patients, and the findings are then extrapolated to the plan’s full membership. CMS has already conducted 90 of these enhanced audits for payments made in 2011, 2012, and 2013, and found overpayments amounting to $650 million as a result of the extrapolation.
The audit plan from 2011 expected CMS to finish up and assess penalties by the end of 2016. That has yet to happen while the industry continues to protest.

The American Health Insurance Plans (AHIP) is asking CMS to back off the extrapolation on the 90 audits from 2011-2013, at a minimum, and apply it only to 2014 and forward. This would mean writing off more than a half a billion dollars that could be recovered by the treasury, if CMS agrees.
The insurance industry is criticizing CMS, stating that the audits are “technically unsound” and unfair. The industry has also stated that the audits could “jeopardize medical services for seniors.”
Cigna stated in their May financial filing (source): “If adopted in its current form, [the audits] could have a detrimental impact” on all Medicare Advantage plans and “affect the ability of plans to deliver high quality care.”
The insurance industry wants CMS to adjust the findings downward any extrapolated penalties to account for coding errors that exist in standard Medicare.
Most audits that CMS performs identify overpayments based on ICD-10 coding that is inconsistent with provider documentation, but the overpayments are limited to the sample of charts being audited. The errors fall on the shoulders of providers who inadequately document patients’ conditions. Some say aggressive payer audits may set the ICD-10 coding rules too liberally and encourage conditions to be coded when they are not adequately reflected in the documentation.
CMS is standing behind its coders and methodology, for now.