Straighten Out the Kinks in Your Infusion Road Map 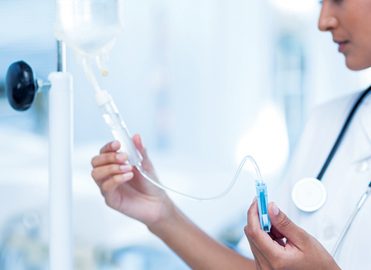 Navigate with ease through the complexity of non-chemotherapy infusion encounters.

Coding infusion services can seem as complicated as driving to an unknown destination without GPS, especially when there are multiple medications. Whenever you’re feeling lost, use this road map for facility-based billing of non-chemotherapy medications to find your way to proper payment.

Fork in the Road: Concurrent Infusions

It’s a smooth ride until you meet a fork in the road, also known as concurrent infusions. When additional infusions are provided at the same time, through the same IV line, in two different bags, a concurrent code is reported (CPT® +96368 Intravenous infusion, for therapy, prophylaxis, or diagnosis (specify substance or drug); concurrent infusion (List separately in addition to code for primary procedure)). Note that when drugs are mixed into one bag and infused, this does not constitute a concurrent infusion; code this as a single infusion (for example, 96365).
When two drugs are infused at the same time, through the same line, in two different bags, report CPT® 96365, initial infusion (for medication A) and concurrent CPT® 96368 (for medication B). Unlike the infusion codes, the concurrent code is not time-based and may be reported once per day, even if additional medications are administered concurrently.
Note that hydration is never billed as a concurrent service. Hydration that overlaps an infused medication is considered an incidental service and is not billable. According to Noridian, Jurisdiction E Medicare Administrative Contractor, “If the purpose of starting the IV is to administer another drug, which requires hydration (i.e., the drug indication directs the administration be done with hydration to prevent toxicity), then the hydration is an integral part of the primary medication and is not separately billable.”
Hydration given solely to keep the IV line open is also not a billable service. If hydration is truly a separate service and documentation supports medical necessity, this service is billed using an add-on code (+96361) when another service is reported as initial.
When multiple intravenous medications are administered during the same encounter, remember that only one initial code is reported; all other intravenous medications are reported with a subsequent service code. The exception to this rule is if protocol requires two separate IV sites.
Remember: The CPT® code book explains, “Do not report a second initial service on the same date due to an intravenous line requiring a re-start, an IV rate not being able to be reached without two lines, or for accessing a port of a multi-lumen catheter.”

Turn to 59 Only if Two Separate Locations Exist

Examples Keep You Headed in the Right Direction

This infusion was all the same medication, so do not use CPT® +96367.
Next, code the pushes. You already billed an initial code, so now use the subsequent codes:

During this encounter, the documented hydration time was separate from the infusion, making it a billable charge.

It feels like we’ve been driving all night. Speaking of all-nighters, what about that infusion service that carried over to the next day? When an infusion crosses over to the next day, bill it with the date of service it started on. Per CMS, only one initial drug administration service is reported per vascular access site, per encounter, even when those services span over more than one calendar day.

About the author:
Jessica Webb, COC, CPCO, has been in the healthcare industry since 2008. She works at Oregon Health and Science University as an integrity auditor, performing both physician and hospital-based audits.
Resources
CPT® code book
Noridian, Jurisdiction E – Medicare Part A, Hydration.
https://med.noridianmedicare.com/web/jea/topics/drugs-biologicals-injections/hydration
CMS, NCCI Policy Manual. Chapter 1. www.cms.hhs.gov/NationalCorrectCodInitEd/