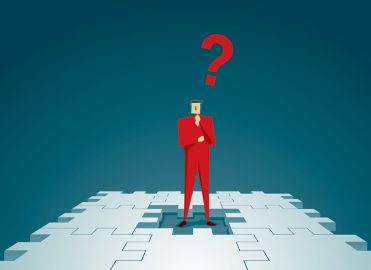 When and how to use this modifier appropriately, that is the question.

Surgeons work hard, so when they perform beyond the “typical” hernia repair or the not-so-usual third meniscal repair, a higher reimbursement is warranted. Appending modifier 22 Increased procedural services to the surgical code tells the payer the surgeon went above and beyond the standard call of duty and would like to be paid for it. That’s all well and good, but payers want proof.
Proof comes in the form of documentation. As a coder, however, it’s difficult to judge when a surgeon has performed increased procedural services, and even harder to get the claim paid if the work isn’t documented appropriately.
Part of your job is to serve as a conduit between the surgeon and payer. To get modifier 22 paid, you need to know when it’s appropriate to use it, what the payer wants as proof, and how to get it.

Neither an extra 5 minutes of surgical time nor performing difficult but standard components of a procedure is an “increased service.” Medicare Administrative Contractors (MACs) all agree that modifier 22 is used to identify “substantial” additional work, but none define what that term means to them, specifically. There are, however, very specific do’s and don’ts.
Do append modifier 22:

Do not append modifier 22 to:

Modifier 22 tells the payer, “I deserve to be paid more than the code’s relative value unit.” That’s going to take some convincing.
If the procedure was difficult, the documentation must explain in detail why it was difficult. Was the patient’s condition severe? If so, how severe? And why? If the procedure took considerably more time than usual, documentation must explain how much additional time was spent and why.
Good example: “I spent an additional 20 minutes excising multiple adhesions from a prior surgery before I could begin the standard surgery.”
Bad example: “This procedure took 20 minutes longer than usual.”
Reasons for additional work, according to Noridian Healthcare Solutions, include:

Modifier 22 is one of those over-utilized modifiers that sends up red flags to payers, which is why MACs consider these claims individually. Using modifier 22 correctly is not enough to get a claim paid. Proper documentation is key. When everyone knows what is expected of them, the result is cleaner claims and proper, timely reimbursement.

About the author:
Sherrie Lynne Anderson, MS, CPC, CPC-I, CPPM, coding compliance manager of Plastic Surgery and Acute Critical Care Surgery (Trauma) Washington University School of Medicine. She has 20 years of experience working in the healthcare industry, including managing coding, billing, compliance, and aspects of the revenue cycle; and her specialty experience is in pediatrics, orthopedics, and neurology. Anderson received a Master of Science in Healthcare Administration from Lindenwood University. She serves as Region 5 – Southwest representative of the AAPC National Advisory Board, is a member of the St. Louis East, Mo., local chapter, and has served as an officer for many years.
Resources:
https://med.noridianmedicare.com/web/jeb/topics/modifiers/22
www.palmettogba.com/palmetto/providers.nsf/DocsR/JJ-Part-B~8EEL8Y3466
www.cms.gov/Regulations-and-Guidance/Guidance/Manuals/Downloads/clm104c12.pdf