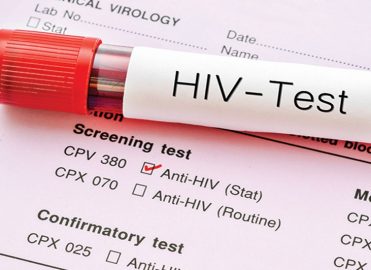 Know the stages of HIV, prevention, detection, and its associated conditions for proper coding and better patient care.

With Dec. 1 being World AIDS Day, the topic of human immunodeficiency virus (HIV) and acquired immunodeficiency syndrome (AIDS) is on the minds of people all over the globe. Although AIDS-related deaths have been reduced by more than 55 percent since the peak in 2004, according to The Joint United Nations Program on HIV/AIDS (UNAIDS), the disease remains an epidemic. In 2018, UNAIDS reports that, worldwide, 1.7 million people became newly infected with HIV, 37.9 million people were living with HIV, and 770,000 people died from AIDS-related illnesses.
HIV is the virus that can lead to AIDS if left untreated. HIV attacks the immune system’s CD4 cells, commonly known as T-cells, which are a major part of the body’s defense system to fight infections. If HIV is not treated, the number of CD4 cells is reduced so much that the immune system is compromised, placing the infected person at increased risk for other infections and infection-related cancers. As time passes, so many CD4 cells are destroyed that the body is incapable of fighting off infection and disease, which leads to opportunistic infections and cancers, signaling that the person has AIDS — the final stage of HIV infection.

Stage 1: Acute HIV infection – During this stage, people have a large viral load and are very contagious. Many people do not know that they’ve contracted the virus at this stage because they don’t immediately feel sick; in fact, some do not feel sick at all in this phase. About two-thirds of people infected will experience a flu-like illness within two to four weeks after infection.
Stage 2: Clinical latency (HIV inactivity or dormancy) – This stage is often referred to as asymptomatic HIV infection or chronic HIV infection. In this phase, HIV is active but reproduces at a very slow rate. Those who are compliant with HIV treatment medications can stay in this phase for several decades. Those who are not compliant with treatment may stay in this phase for a decade or longer; however, some progress through this phase more quickly.
The ICD-10-CM code for stages one and two is Z21 Asymptomatic human immunodeficiency virus [HIV] infection status.
Stage 3: AIDS – AIDS is the most severe stage of HIV infection. The immune system is so severely damaged that an increasing number of opportunistic illnesses plague the infected person. If left untreated, people with AIDS typically survive for about three years. As with stage one, those with AIDS can have a high viral load and can be very contagious.
The ICD-10-CM code for stage three is B20 Human immunodeficiency virus [HIV] disease.
ICD-10-CM guideline C.1.a.1 states that only confirmed cases of HIV should be coded. In this context, “confirmation” does not require documentation of positive serology or culture for HIV; the provider’s diagnostic statement that the patient is HIV positive or has an HIV-related illness is sufficient.
ICD-10-CM guideline C.1.a.2.d states to apply Z21 when the patient, without any documentation of symptoms, is listed as being “HIV positive,” “known HIV,” “HIV test positive,” or similar terminology. Do not use this code if the term “AIDS” is used or if the patient is treated for any HIV-related illness or is described as having any condition(s) resulting from an HIV-positive status.
ICD-10-CM guideline C.1.a.2.f states that patients with any known prior diagnosis of an HIV-related illness should be coded to B20. Once a patient has developed an HIV-related illness, the patient should always be assigned code B20 on every subsequent admission/encounter.

Some HIV-related conditions include:

HIV is categorized into two types: HIV-1 and HIV-2. Most HIV infections in the world are classified as HIV-1; HIV-2 is mainly confined to people in or from West Africa. Both types of HIV are transmitted in the same ways and can cause AIDS; however, HIV-2 is less virulent and less likely to cause AIDS due to a longer asymptomatic stage.
The originating source of HIV infection in humans has been linked to a type of Central African chimpanzee. Scientists believe that the chimpanzee version of the virus, simian immunodeficiency virus (SIV), was probably transmitted to humans when chimpanzees were hunted for meat, causing humans to be in contact with their infected blood. HIV is most commonly spread from person to person by:

There is currently no effective cure for HIV, but it can be controlled with antiretroviral therapy (ART). If ART is taken as prescribed, a person’s viral load can become undetectable. If it remains undetectable, life expectancy can be nearly equal to those who do not have HIV, with effectively no risk of spreading HIV infection to an HIV-negative sex partner.

HIV Has Come a Long Way Since the ’80s

The medical community has made some amazing breakthroughs since the CDC’s first reported cases of AIDS in 1981. HIV infection rates are on a steady decline worldwide due to many factors — one being counseling and testing initiatives. A diagnosis of HIV is no longer a guaranteed death sentence, as it once was. While there is still no effective cure, early detection and medical treatment compliance can lead to a long, healthy life for a person with HIV. An HIV diagnosis is a very important part of a medical record and insurance claim; however, due to its inherent complication of any care provided to a patient.