Code FESS With a Clear Head 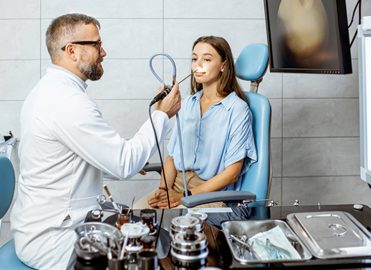 Consider anatomy and coding guidance to put things into perspective.

Functional endoscopic sinus surgery (FESS) is a surgical procedure performed endoscopically on the nasal/sinus cavities. The purpose of the surgery is to reduce the symptoms of chronic sinusitis such as congestion, drainage, post-nasal drip, headaches, and facial pain. Coding FESS can be unnerving because there are multiple codes associated with the surgery. Reviewing sinus anatomy and coding guidance for FESS will help you keep a clear head when coding these claims.

There are four separate sinus cavities (jointly, the paranasal sinuses) on each side of the face. They are:

Diagnoses That May Require FESS

During surgery, the surgeon will perform diagnostics on the internal anatomy of the nasal/sinus cavities with the assistance of an endoscope for increased visualization and magnification. The surgeon inspects the interior nasal cavity, the middle and superior meatuses, the turbinates, and the sphenoethmoid recess. This diagnostic portion of the surgery is reported using the appropriate code from CPT® code range 31231-31235.
According to the CPT® code book, diagnostic endoscopy and sinusotomy (the incising of a sinus) are included in the surgical sinus endoscopy codes 31237-31298. Diagnostic codes 31231-31235 are not reported separately with surgical codes 31237-31298. Additionally, according to the CPT® code book, “To report these services when all of the elements are not fully examined (eg, judged not clinically pertinent), or because the clinical situation precludes such exam (eg, technically unable, altered anatomy), append modifier 52 if repeat examination is not planned, or modifier 53 if repeat examination is planned.”
Procedure codes 31233-31294 are unilateral. When performed on both the right and left sinus cavity, append modifier 50 Bilateral procedure to the procedure code. CPT® code 31231 is listed as unilateral or bilateral, making it inappropriate to append modifier 50 to this code.

There are four separate sinus cavities on each side of the face.

Within the endoscopic sinus surgery codes, there are two separate procedure designated codes: 31231 Nasal endoscopy, diagnostic, unilateral or bilateral (separate procedure) and 31237 Nasal/sinus endoscopy, surgical; with biopsy, polypectomy or debridement (separate procedure).
According to National Correct Coding Initiative (NCCI): “A procedure designated by the CPT code descriptor as a ‘separate procedure’ is not separately reportable if performed in a region anatomically related to the other procedure(s) through the same skin incision, orifice, or surgical approach.”
In other words, when performed on the same side (ipsilateral), it would be incorrect to bill 31231 or 31237 with the endoscopic surgical codes (31238-31294). However, because there are two orifices (right and left nasal cavities), when performing a diagnostic procedure on the right side and a surgical procedure on the left side, both procedures may be reported. Modifier 59 Distinct procedural service may be required with 31231 and 31237.

According to CPT® code book, the Brainlab navigation system may be used to facilitate the performance of endoscopic sinus surgery, and is reported with 61782 Stereotactic computer-assisted (navigational) procedure; cranial, extradural (List separately in addition to code for primary procedure) when the procedure is performed in conjunction with endoscopic sinus surgery.
One explanation for use of this system is that the paranasal sinuses share a common thin wall with the eye socket (or orbit) and cranial cavity. When performing surgery in a highly delicate region, the surgeon relies on the system to navigate the area through the identification of anatomical landmarks. The ethmoid, for example, is a facial bone located between the eyes whose upper portion lies just below the cranial cavity. According to the Cleveland Clinic, “All operations on the ethmoid sinus carry a rare chance of creating a leak of cerebral sinus fluid (CSF).” The risk of CSF leak is potentially reduced because the endoscope allows for improved visualization. Nevertheless, a CSF leak could lead to an infection, potentially resulting in meningitis.
When coding the navigation system, the surgeon’s documentation should describe the setup. Examples include:

The surgeon’s documentation should also describe the area in which the system was used. For example:

When an otolaryngology surgeon performs the approach of a procedure, and a neurosurgeon performs the resection on that same patient for a cranial mass or tumor, both surgeons may require the use of the navigation system. However, only one MUE is allowed per day for the navigation system, and the CPT® code does not allow for co-surgery (modifier 62). The CPT® code does, however, allow for an assistant surgeon (modifier 82) (see the Medicare Physician Fee Schedule); therefore, if the documentation supports its use, the neurosurgeon may bill for the navigation system appending modifier 82 to the CPT® code.
Additionally, when a neurosurgeon is involved, the CPT® code may be 61781 Stereotactic computer-assisted (navigational) procedure; cranial, intradural (List separately in addition to code for primary procedure) for an intradural cranial procedure, rather than 61782 (extradural). Why 61781 instead of 61782? If a neurosurgeon is involved, the surgical target may be intradural. Therefore, regardless of whether the otolaryngology surgeon’s work is performed extradural (outside the dura), the code is driven by the location of the surgical target.