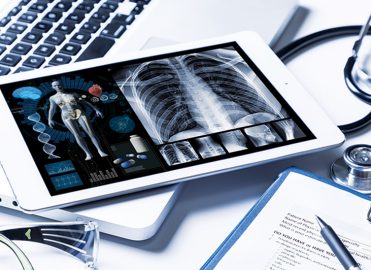 When is imaging separately reported, and how? The relative value units (RVUs) for some codes include the provider’s use of imaging to accurately visualize the specimen or problem the code is meant to address. The most notable changes with regards to radiology for 2020 can be found in the Gastrointestinal (GI) and Nuclear Medicine sections of the CPT® code book. Anatomic regions are highlighted, and codes are revised to offer greater overall consistency.

We’ll discuss these changes and offer some helpful reminders in this article.

Arm Yourself With Information

When imaging guidance is involved, coders may have difficulty selecting the correct procedure code due to several factors. These commonly include:

As coding professionals, it is our responsibility to stay abreast of changes in our field and advance our education to include the most up-to-date information available to us. When we encounter portions of the provider’s documentation that may be unclear, or as cutting-edge medicine continues to outstrip black-and-white coding definitions, we are obligated to ask questions that will clarify our understanding of what was performed. Only then can we select the  code that accurately represents the full body of work for the patient. Reimbursement is under constant scrutiny, and bulletproof coding can go a long way toward enhancing our practice’s bottom line.

Variances in RVUs for procedures incorrectly billed add up over time, and the difference between profit and loss often comes down to coder knowledge. For example, let’s go back in time to the fine needle aspiration (FNA) biopsy code changes that 2019 brought us. Services were previously reported either as without imaging guidance (10021), or with imaging guidance (10022). CPT® Assistant (April 2019) tells us that “code 10022 was reported with imaging guidance more than 75 percent of the time; therefore, imaging guidance should be bundled into the service.” That being said, one code was revised and five “first lesion” codes and three “additional lesion” codes were added to differentiate between the type of imaging used for FNA. The difference in total RVUs between imaging modalities is pronounced, as shown in the following table.

The difference in total RVUs between imaging modalities.

What is the moral of the story? If your provider is still using outdated language like “FNA performed with imaging guidance” in documentation, you will need to ask what type of imaging was used. A difference of nearly 10 RVUs (on the non-facility side) between our lowest and our highest valued code cannot be ignored. Details like this can easily become the target of an audit if an in-doubt coder should bypass the step of clarifying. On the reverse side, picking the lowest-valued code because it seems “safest” could be doing your practice’s overall revenue a serious disservice.

How to Stomach GI Coding

As a coder, I get excited when I see red circles, blue triangles, and green text in my new CPT® code book, and I often spend several evenings of my leisure time paging through my book, highlighting what’s been added, what’s been changed, and what’s been taken away.

For example, CPT® 74210 Radiologic examination, pharynx and/or cervical esophagus, including scout neck radiograph(s) and delayed image(s), when performed, contrast (eg, barium) study has been expanded to include scout radiographs and delayed images, as well as the type of contrast being used. The previous code description did not include the addition of the optional images (usually standard procedure when contrast is utilized), nor did it specify what type of contrast was being used.

While not new information, it’s important to note that this code is specific to the pharynx and cervical portion of the esophagus. As you move through the code set, and through the human anatomy it corresponds to, you’ll see this pattern repeat, with both the optional images and the type of contrast used now specified as part of the code description.

CPT® has also given us new code 74221 Radiologic examination, esophagus, including scout chest radiograph(s) and delayed image(s), when performed; double-contrast (eg, high-density barium and effervescent agent) study, which specifies the use of double-contrast modality for the esophagus, as well as small intestine follow-through. This may not be reported with add-on code +74248 Radiologic small intestine follow-through study, including multiple serial images (List separately in addition to code for primary procedure for upper GI radiologic examination).

Pay attention to both the anatomy described and the modality used to perform the study for the most thorough and accurate code selection. When in doubt as to whether two codes may be billed together, utilize available resources to confirm whether the services are significant and separate enough to warrant the use of modifier 59 Distinct procedural service, or if the work described in documentation may be reported with one all-encompassing CPT® code.

The greatest concentration of new codes in this section may be found in relation to positron emission technology (PET) scans. CPT® codes 78429-78434 specify whether metabolic evaluation studies, including ventricular wall motion and/or ejection fraction measurements, were performed. Additionally, these codes specify whether computed tomography (CT) was performed at the same time.

“And/or” is especially prevalent in this section — read the code descriptor thoroughly, on the lookout for the points mentioned, to make sure your code selection is accurate and covers all imaging modalities used. Knowing the equipment being utilized is key, as PET can be performed on a dedicated machine using only PET imaging, or it may be performed using a combination PET/CT camera. These types of studies will include reviewing anatomy in the field of view by examining the CT transmission images.

Single-photon emission computed tomography (SPECT) imaging has also gotten revisions to its code descriptors, as well as four new codes. The description revisions allow for greater definition of the extent of the examination as it relates to body areas. The new codes 78830-78835 describe imaging for localization of tumor, inflammatory processes, or distribution of radiopharmaceutical using SPECT imaging. These codes also include concurrent CT transmission in two cases. Again, reading imaging reports carefully to determine which region of the body is being addressed, as well as being aware of the type of technology used to perform the study, is crucial in correct code selection.

In summary, read the coding advice at the beginning of each CPT® section carefully each year. Thoroughly explore the changes made to the code set, especially if it has a significant impact on the specialty you code for. Utilize any trusted specialty resources that offer fact-checked and verified information that correspond with both NCCI edits and CPT® guidelines. This will power up your coding vision and help you successfully implement each year’s new guidelines. 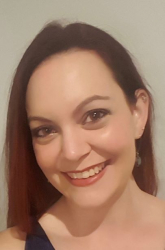 Elizabeth Hylton
Elizabeth Hylton, CPC, CEMC, is a senior auditor with AAPC’s Audit Services Group (formerly Healthcity). She began her coding career by identifying claims submission errors involving ICD-9 and CPT® codes on hospital claims. Hylton has worked as a charge entry specialist for a local family medicine practice; a coding tech I at Carolinas Medical Center–Northeast; a front desk clerk/coder at Sanger Heart and Vascular Institute; an auditor/educator for Carolinas HealthCare System; and a business office supervisor for one of the larger physician groups within Carolinas HealthCare System, where she gained experience with LEAN.

About Elizabeth Hylton Has 3 Posts

Elizabeth Hylton, CPC, CEMC, is a senior auditor with AAPC’s Audit Services Group (formerly Healthcity). She began her coding career by identifying claims submission errors involving ICD-9 and CPT® codes on hospital claims. Hylton has worked as a charge entry specialist for a local family medicine practice; a coding tech I at Carolinas Medical Center–Northeast; a front desk clerk/coder at Sanger Heart and Vascular Institute; an auditor/educator for Carolinas HealthCare System; and a business office supervisor for one of the larger physician groups within Carolinas HealthCare System, where she gained experience with LEAN.