Don’t Ignore the Signs of a Stroke 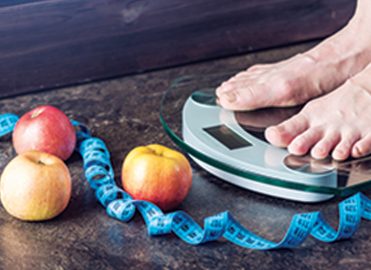 May is National Stroke Awareness Month: Recognize this preventable and treatable disease.

Strokes kill approximately 140,000 people every year in the United States and up to 80 percent are preventable, according to the Centers for Disease Control and Prevention (CDC). Every second counts when a stroke occurs because approximately two million brain cells die each minute that a stroke goes untreated. Quick reaction and access to medical treatment can make the difference between a full recovery and permanent disability. Here is what you need to know about types of strokes, what causes them, how to help prevent and identify them, their treatment, and recovery methods.

About 87 percent of strokes are ischemic stroke and 13 percent are hemorrhagic stroke, according to the American Stroke Association (ASA). The ASA defines these types of strokes as follows:

Ischemic stroke – A blood clot blocks an artery in the brain and cuts off or narrows the blood flow to brain cells. A transient ischemic attack (TIA), also called a “mini stroke,” occurs if the artery leading to or in the brain is blocked by a blood clot for just a short time.

There are three kinds of ischemic strokes:

Hemorrhagic stroke – This happens when a weakened blood vessel leaks in or near the brain or a brain aneurism bursts. Bleeding occurs in the area to create swelling and pressure, which causes cell and tissue damage in the brain. Aging blood vessels and chronic high blood pressure (HBP) are the most common causes of this type of stroke. There are two kinds of hemorrhagic strokes:

The top five factors contributing to stroke are HBP, high cholesterol, smoking, obesity, and diabetes. According to the ASA’s “Let’s Talk about High Blood Pressure and Stroke,” HBP is the leading cause of stroke. HBP damages the inner lining of blood vessels and adds pressure to blockage when present in the artery wall. If HBP increases in clogged or blocked blood vessels over time, they will rupture, causing a stroke.

There are inherited factors that put you at a higher risk for HBP-related strokes, as well as factors you can control by living healthier. Genetic predispositions and other factors that increase the risk of stroke include:

Social determinants of health play a role, too. Those with socioeconomic hardships and inadequate access to basic living necessities, healthcare providers, and medication, and those who are unable to make healthier lifestyle changes due to these hardships, are more prone to strokes due to HBP.

For information on pulmonary arterial hypertension and its effects, specifically regarding high blood pressure (HBP) in the arteries that supply the lungs, read the article “Relieve Pulmonary Hypertension Coding Pressures” on AAPC’s Knowledge Center.

How to Lower the Risks for Stroke

Many risk factors can be controlled before they cause a stroke. Although some are genetic, there are lifestyle choices you can make to help prevent stroke and heart disease while keeping your brain mentally sharp. The ASA recommends:

Symptoms of stroke are varied and are not always recognized quickly. The ASA says the most common symptoms of a stroke are:

Less distinctive symptoms include somnolence, nausea, or the sudden onset of headache. TIAs can cause symptoms such as numbness, trouble speaking, and loss of balance or coordination; it’s common for these symptoms to last for a very short time and then resolve. Although TIAs cause no permanent brain damage, they are a dangerous warning sign that should not be ignored.

If you suspect someone has had a stroke, the CDC recommends acting FAST:

F — Face drooping: Ask the person to smile. Does a side of the face droop?

A — Arm weakness: Ask the person to raise both arms. Does an arm drift downward?

S — Speech difficulty: Ask the person to repeat a simple phrase. Is the speech slurred or strange, or is the person confused?

Stroke treatment depends on what kind of stroke it is and how much damage it has inflicted.

Drugs: Because ischemic strokes and TIAs are both caused by a blood clot or blockage in the brain, they are treated similarly using antiplatelets (aspirin, clopidogrel) and anticoagulants (Jantoven®, Coumadin®). These drugs should be taken within 24 to 48 hours after stroke symptoms begin. Clot-breaking drugs (thrombolytic drugs) are used to break up blood clots in the brain’s arteries to stop the stroke and to reduce brain damage. When the fast-dissolving blood clot drug (tissue plasminogen activator (tPA) or Alteplase IV r-Tpa) is injected within the first three to four and a half hours after symptoms of stroke begin, the chance of a patient’s recovery increases and they are less likely to have a lasting disability as a result of the stroke.

Procedures: Mechanical thrombectomy is a surgical treatment for both ischemic strokes and TIAs. The surgeon inserts a catheter into an artery in the brain and pulls out the clot using a stent retrieval device. This surgery is most beneficial if performed within the first six hours after stroke onset, but it’s also very successful when performed within 24 hours of when the stroke begins. The quicker it’s performed, the higher the rate for a full recovery.

Another procedure for ischemic stroke and TIA treatment is stenting. The surgeon inflates the narrowed artery and supports the walls of the weakened artery using a stent. When other treatments don’t work, surgery is performed to remove a blood clot and plaques in the artery via catheter or by opening an artery to remove the blockage (if the clot is especially large).

Bleeding or leaking in the brain from a hemorrhagic stroke requires different treatments because the goal is to make the blood clot and to stop the blood flow spilling into the brain.

Drugs: Medication can be given to counteract the blood thinners that may have caused the hemorrhagic stroke. Prescribed drugs may also be given to reduce blood pressure, to lower the pressure in the brain, and to prevent seizures or blood vessel constriction.

Procedures: Coiling is a treatment where a specialist guides a long tube to the hemorrhage area or weakened blood vessel, and a coil-like device is installed to block blood flow to the area, reducing bleeding. Another procedure for hemorrhagic stroke treatment is clamping, where a specialist may discover via imaging that an aneurysm hasn’t started bleeding yet or has stopped. The surgeon may put a small clamp at the discovered aneurysm base to stop blood supply and prevent new bleeding or a broken blood vessel from occurring.

If an aneurysm has burst, the specialist may surgically clip the aneurysm to prevent further bleeding. For a larger stroke, a craniotomy may be done to relieve brain pressure.

The goal of surgical procedures and prescribed medicines is to prevent a future stroke. Other prescribed stroke prevention drugs control high blood pressure and statins (rosuvastatin, simvastatin, atorvastatin), which lower cholesterol levels. Besides being a blood thinner, aspirin may be prescribed as a preventive medicine for those with a high risk of atherosclerotic cardiovascular disease.

To increase chances of a full recovery, rehabilitation from a stroke should start as fast as possible. Once the condition is stabilized, assessed, and factors are identified, therapy should begin immediately to rehabilitate and get back use of affected skills. Stroke recovery focuses on speech therapy, cognitive therapy, relearning sensory skills, and physical therapy. Occupational therapy may also be required.

CDC, Family History and Other Characteristics That Increase Risk for Stroke: www.cdc.gov/stroke/family_history.htm

Healthline, Everything You Need to Know About Stroke: www.healthline.com/health/stroke

Official Journal of the International Society of Nephrology, Kidney International, Prevention and treatment of stroke in patients with chronic kidney disease: an overview of evidence and current guidelines: www.kidney-international.org/article/S0085-2538(19)31020-8/fulltext