Is It Alzheimer’s or Dementia? 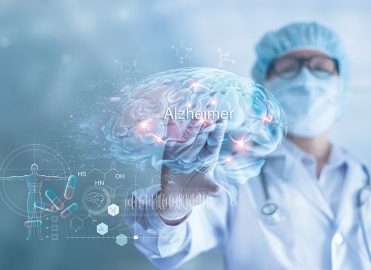 June is when we wear purple to recognize Alzheimer’s and Brain Awareness Month, and support people worldwide who struggle with Alzheimer’s disease and other forms of dementia. It’s also a time to recognize the warriors who provide unconditional love and care to those who suffer from cognitive decline and degenerative brain diseases. The steady deterioration of memory, function, and behavior takes its toll emotionally and physically on all those involved.

Recognize the stages, signs, and symptoms of Alzheimer’s disease to properly code the progression and to ensure these patients receive proper care every step of the way.

Alzheimer’s Is a Form of Dementia

Alzheimer’s and other types of dementia are the sixth leading causes of death in the United States, afflicting 5.7 million Americans — 50 million worldwide.

Many people use the words Alzheimer’s and dementia interchangeably, but dementia is a broad term describing certain symptoms, while Alzheimer’s is a disease. As the Alzheimer’s Association clarifies, “Alzheimer’s is a degenerative brain disease and the most common form of dementia, which is not a specific disease, but an overall term that describes a group of symptoms.”

Alzheimer’s disease is named after the German psychiatrist and neurologist Alois Alzheimer. In 1906, he noted strange findings in the brain of a patient (known as Auguste D) who died at age 51 after suffering from memory loss, disorientation, paranoia, and unpredictable behavior. Alzheimer performed an autopsy on the deceased woman’s brain and found oddly-shaped clumps of protein (amyloid plaques) and twisted bundles of fibers (neurofibrillary or tau tangles), and he noted shrinkage around the nerve cells of her brain — characteristics we continue to use to identify this degenerative brain disease.

Signs of dementia include behavioral and emotional changes and loss of the ability to do cognitive and daily activities. General symptoms of dementia are seen in patients with conditions such as Alzheimer’s or vascular dementia. Vascular dementia describes problems with thought processes, reasoning, planning, judgment, and memory due to brain damage from impaired blood flow to the brain, such as from a stroke. Other diseases that cause dementia include Parkinson’s, Lewy-body, alcoholism, and frontotemporal disorders (Pick’s disease). Some patients may have mixed dementia, which is a combination of more than one type of dementia.

Alzheimer’s is a progressive disease that’s not fully understood and may be influenced by genetics, lifestyle, and environmental factors. It is characterized by the Alzheimer’s Association in three stages:

Mild: Signs include memory loss, problems with word-finding, vision issues, and impaired reasoning and judgment. Most people are diagnosed during this early stage, and patients may live independently, but require adjustments with hygiene and daily activities. Social activities also may be impaired.

Moderate: In this stage, brain areas that control language, conscious thought, and reasoning are damaged. The individual may not recognize loved ones and may become frustrated or irrational. Independent living is dangerous, the individual requires supervision to keep them out of harm’s way, and they should no longer work. Information retention diminishes.

Severe: The individual is completely dependent on others for care and control of psychomotor functions is lost. Small tasks require assistance such as walking, sitting, feeding, and bathroom functions. Anxiety, agitation, delusions, combativeness, or obsessive tendencies may be present during this stage. Near the end of life, the person may be bedridden as their body’s organs shut down.

Look for These 10 Signs

We all lose our car keys from time to time or forget an important item on our grocery list. How do you know when a memory hiccup is a concern?

As Alzheimer’s and other types of dementia progress, you’ll notice changes in memory and a decline in reasoning and thinking. According to the Alzheimer’s Association, there are 10 early signs and symptoms of the disease you should not ignore:

1. Memory loss that disrupts daily life: In the early (mild) stage, forgetting recently learned information is common. This includes forgetting important dates or events, repeatedly asking the same questions, and an increased reliance on memory aids, such as electronic reminders and sticky notes, for things the brain used to handle.

2. Challenges in planning or solving problems: Some dementia patients experience changes in their ability to work with numbers, solve problems, and develop a plan. They may no longer be able to follow a favorite well-known recipe, to plan or pay monthly bills, or to concentrate on or follow through with something they used to do.

3. Difficulty completing familiar tasks at home, work, or leisure: Alzheimer’s sufferers may have trouble driving to familiar places, organizing a grocery list, or remembering the rules of a favorite game they have played for years.

4. Confusion with time or place: Signs of Alzheimer’s may include losing track of what day or year it is and being unable to find it on a calendar and confusion about the season and the passage of time. They may forget where they are, how they got there, or have trouble understanding something that’s not happening immediately.

5. Trouble understanding visual images and spatial relationships: Vision problems may also be a sign of Alzheimer’s disease. This may affect balance, reading, judging distances while driving, and determining colors or contrast.

6. New problems speaking or writing: Having difficulty following or joining a conversation may be a sign of Alzheimer’s. A sufferer may stop mid-conversation and not have any idea how to continue, or they may repeat themselves. They may struggle with common words and familiar vocabulary or use the wrong name (for example, calling a “TV” a “car” or referring to their wife as “that girl,” instead of using her name).

7. Misplacing things and losing the ability to retrace steps: Another sign of Alzheimer’s is putting things in unusual places and the inability to retrace footsteps to find items. This may lead to wrongfully accusing loved ones or neighbors of stealing.

8. Decreased or poor judgment: Changes in judgment or poor decision-making may be signs of dementia. A person may handle their money badly now or neglect their grooming or hygiene. Someone who usually has a very clean house may now have a messy house.

9. Withdrawal from work or social activities: A person living with Alzheimer’s may no longer be able to hold or follow a conversation, so they withdraw from activities, hobbies, events, or social engagements. They may no longer keep up with a favorite sport.

10. Changes in mood and personality: Mood and personality changes include confusion, suspicion, depression, fear, or anxiety. Alzheimer’s sufferers may feel upset at home, with friends, or when they step out of their comfort zone.

When diagnosing Alzheimer’s, the provider may ask the patient health-related questions, whether they are able to perform daily activities, and if they are aware of any personality or behavior changes. The provider may also test memory, problem-solving skills, and counting ability. Magnetic resonance imaging (MRI) scans may be used to distinguish whether the dementia is Alzheimer’s or another diagnosis, such as a tumor or stroke causing vascular dementia. In later stages, MRIs can be used to show the size decrease of different areas of the brain, like the temporal and parietal lobes.

The Alzheimer’s Association notes age-related memory loss is normal, as well as forgetfulness that doesn’t affect daily life (R41.81 Age-related cognitive decline). Ten normal behaviors not associated with Alzheimer’s or another form of dementia include:

There are four ICD-10-CM codes for Alzheimer’s disease:

Dementia with or without behavioral disturbances is coded separately from the Alzheimer’s:

F02.80 Dementia in other diseases classified elsewhere without behavioral disturbance

F02.81 Dementia in other diseases classified elsewhere with behavioral disturbance

When Alzheimer’s sufferers experience agitation, aggression, and other behavioral disturbances, the level of care necessary to keep them safe increases, so be sure these manifestations are included in the provider documentation and code accordingly. Additional problems commonly seen with Alzheimer’s include:

To show the severity of the disease, recognize and code these additional manifestations for proper ICD-10-CM coding and reimbursement.

The Centers for Disease Control and Prevention, Alzheimer’s Disease and Healthy Aging: www.cdc.gov/aging/aginginfo/alzheimers.htm.