The Rules Are Changing: ICD’s Continued Evolution and the Impending Transition to ICD-11: Part 1 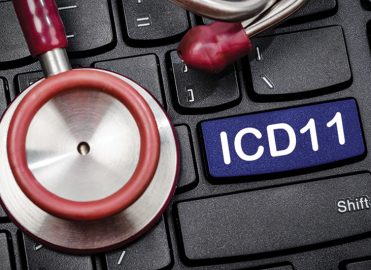 Part 1: Insight into the history of ICD and how it has changed over time is key to developing a plan for moving forward and embracing ICD-11.

Countries around the world can begin reporting health data using the eleventh revision of the International Classification of Diseases (ICD-11) on Jan. 1, 2022, according to the timeline set by the World Health Organization (WHO). This follows acceptance by the 194 countries that make up the WHO — member states — on May 25, 2019. When and how the United States will implement ICD-11 remains to be seen, but now is the time to start learning about what this transition could look like.

ICD is the basis for identifying and analyzing global health trends and statistics, providing a universal language that allows health professionals around the world to share information. Now that the world is faced with the task of adopting ICD-11, it’s imperative to analyze not only what ICD is moving toward, but also where it began.

To best devise a plan for moving forward, we must first review the history of ICD and examine how the scope of ICD has evolved in recent years. After going over some distinguishing characteristics of the novel ICD-11 and comparing it to previous versions, we’ll be better able to address what to expect as we approach the transition to ICD-11 and how these revisions could impact current practices.

Because this is a broad topic, we’ll break this discussion into a three-part series. This first article focuses on the history of ICD and its evolution since inception.

ICD provides a shared language that enables worldwide standardized reporting and monitoring of health conditions as well as the categorization of injuries, diseases, and causes of death. Currently, 194 countries use this system to report causes of death to WHO, with an estimated 70 percent of the world’s health resources allocated based on ICD data.

“The purpose of the ICD is to allow the systematic recording, analysis, interpretation, and comparison of mortality and morbidity data collected in different countries or regions and at different times,” according to WHO.

In addition to this crucial core function, ICD also informs a myriad of related activities such as analysis of the general health of various populations, tracking progress in global health, monitoring the incidence and prevalence of disease, national health program management, and determining health insurance reimbursement and the allocation of health resources.

The ICD system is now being used more than ever for a growing number of different purposes that go beyond that of cause of death reporting. Successive cyclical revisions have greatly expanded ICD to meet the demands for greater detail in disease categorization, and continued expansion is expected as the nonstatistical uses of ICD grow.

Some of the first attempts to systematically classify diseases were made in the 1600s and 1700s. The resulting classifications were of little utility, however, primarily due to inconsistencies in terminology and poor statistical data. During the 1800s the importance of creating a uniform nomenclature and classification system was realized, but it wasn’t until the late 19th century — when Florence Nightingale, who had just returned from the Crimean War, advocated for the necessity of gathering statistics on causes of disease and death — that hospital data began to be collected more systematically.

ICD became increasingly detailed through cyclical revision, although the modifications to the classification system contained only minor changes until the sixth revision. In 1948, the WHO took over ICD, assuming responsibility for the preparation and publishing of the decennial revisions. The WHO further enhanced its organization and detail through the collection of international data for general epidemiological surveillance and health management purposes.

In 1949, the WHO published ICD-6, which incorporated statistics on causes of injury and disease, expanding the classification system to two volumes. Accordingly, the sixth revision — a coding system that included both morbidity and mortality designations — underwent a name change to the International Statistical Classification of Diseases, Injuries, and Causes of Death (ICD) to reflect the expansion. Now, for the first time, ICD enabled the collection of both morbidity and mortality data to track causes of death and international health trends.

ICD underwent significant changes over the years as it gained recognition from the global medical community. As the number of statistical organizations using medical records involving both sickness and death increased, it became apparent that it would be advantageous to consider classifications from the point of view of both morbidity and mortality. This would allow countries and regions to assess their progress in healthcare and the control of disease.

The International Classification of Diseases, Ninth Revision (ICD-9) was designed in the late 1970s and was adopted by many countries around the world during the 1980s. While this version was more detailed and interprofessional than the previous versions of ICD, it did not meet the clinical needs of providers and payers in the U.S. To enhance the applicability of ICD-9 to American healthcare settings, the National Center for Health Statistics (NCHS) and the Council on Clinical Classifications jointly created the International Classification of Diseases, Ninth Revision, Clinical Modification (ICD-9-CM), which provided additional morbidity detail.

ICD-9-CM, which was used to assign diagnostic and procedure codes associated with inpatient, outpatient, and physician office operations in the U.S., was more precise and allowed for robust analysis. ICD-9-CM codes became the cornerstone of classifying diseases, injuries, health encounters, and inpatient procedures in morbidity settings. Other countries, including Canada and Australia, have developed their own ICD adaptations to better meet their own needs for medical reimbursement and records indexing.

ICD-9-CM became the required standard for billing and clinical purposes by most payers in the U.S. starting in the late 1970s. Shortly after Medicare and Medicaid claims began requiring ICD-9-CM codes, most commercial insurance companies followed suit. The WHO substantially revised ICD throughout the 1980s and early 1990s. In 1992, the WHO published the three-volume work known as ICD-10, which eventually replaced the two-volume ICD-9 in member states worldwide.

Global adoption of ICD-10 was relatively swift. Some countries adapted the international standard, such as Australia’s ICD-10-AM published in 1998 (also used in New Zealand) and Canada’s ICD-10-CA launched in 2000. But the adoption of ICD-10-CM was protracted in the United States. Even after ICD-10 was adopted for reporting mortality on Jan. 1, 1999, ICD-9-CM was still used for reporting morbidity in the U.S. In time, the NCHS received permission from the WHO to create a clinical modification of ICD-10, which resulted in ICD-10-CM for diagnosis codes and ICD-10-PCS for procedure codes. Following multiple delays, the long-awaited implementation of ICD-10-CM and PCS in the U.S. was approved by Congress and became effective Oct. 1, 2015.

ICD-10 contains five times as many diagnosis codes and 19 times as many procedure codes as its predecessor, with more than 155,000 codes for tracking diagnoses and procedures. The vastly improved granularity of ICD-10-CM and ICD-10-PCS allows for greater specificity in identifying health conditions and produces better data for measuring and tracking healthcare utilization and the quality of patient care.

Latest posts by Stacy Chaplain (see all)
The Rules Are Changing: ICD’s Continued Evolution and the Impending Transition to ICD-11: Part 1 was last modified: September 1st, 2020 by Stacy Chaplain