Multisystem Inflammatory Syndrome in Children: Here’s What You Need to Know 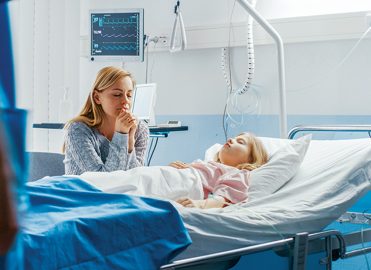 How to understand and deal with MIS-C and the unknown.

As if the threat of COVID-19 wasn’t enough, at the end of April reports began to circulate that the illness was linked to a pediatric inflammatory syndrome, causing a small, but frightening, number of deaths in children in the United States and around the world.

A Centers for Disease Control and Prevention (CDC) Health Advisory, released May 14, highlighted the history of the syndrome, which has now been named multisystem inflammatory syndrome in children (MIS-C). As of the May bulletin, eight cases had been reported in the United Kingdom, resulting in one death, while 102 patients across New York, including 15 in the hard-hit New York City metropolitan area, had been identified with the syndrome, according to the advisory. (After the advisory was released, a number of additional children, including four in New York, one in Maryland, and one in Louisiana, died from MIS-C.)

The CDC advisory describes MIS-C as “a severe inflammatory syndrome with Kawasaki disease-like features.” So, what, exactly, does that mean, both medically and for coding?

What ICD-10-CM Does, and Does Not, Tell Us About MIS-C

The Centers for Medicare & Medicaid Services (CMS) has not issued guidance on how to code for MIS-C, nor have any new ICD-10-CM codes, temporary or permanent, been issued for the syndrome. Using the current ICD-10 code for Kawasaki disease to report MIS-C is unlikely, as the code is not specific enough. But a look at that code is instructive, as it helps coders understand a little about how the syndrome works.

Kawasaki disease is coded to M30.3 Mucocutaneous lymph node syndrome — a mouthful that ICD-10 thankfully reduces to MCLS. Underneath the code, you will see Kawasaki.

That the disease is categorized in Chapter 13, Diseases of the Musculoskeletal System and Connective Tissue, should give you a pretty good clue to the nature of the condition. Codes M30-M35 contain systemic connective tissue disorders. Category M30 Polyarteritis nodosa and related conditions codes, specifically, describe diseases that affect arteries and lymph nodes, creating an inflammatory response, fever, rash, and bloodshot eyes.

Current medical thinking believes that the COVID-19 virus “might be a trigger for the inflammatory response,” according to Dr. Jackie Szmuszkovicz, a pediatric cardiologist at Children’s Hospital of Los Angeles, speaking to the Los Angeles Times in a recent interview.

The connection between Kawasaki disease and a novel human coronavirus is nothing new. An article in The Journal of Infectious Diseases from 2005, “Association between a Novel Human Coronavirus and Kawasaki Disease,” established a link between the disease and another novel coronavirus, New Haven coronavirus (HCoVNH), based on a case-control study of children under 5 years of age with Kawasaki who had contracted respiratory viruses between November 2001 and May 2004.

The article cites two other studies on outbreaks of Kawasaki in Japan and the United States dating back to the early 1980s that strongly suggest a connection between the disease and “an infectious agent.” The U.S. study reports the presence of “an antecedent respiratory illness before the onset of Kawasaki disease has been reported.”

However, Szmuszkovicz is quick to point out that the link between COVID-19, MIS-C, and Kawasaki has yet to be understood or established: “In some patients the inflammation looks more like Kawasaki disease; on the other end of the spectrum it looks more like a shock patient … some of the MIS-C children are getting very ill rapidly, which is very unusual in Kawasaki disease,” according to Szmuszkovicz. (The CDC lists MIS-C symptoms on its website.)

What to Do Right Now

Until the medical establishment lands on a formal definition for MIS-C and a new or temporary ICD-10 code for the syndrome is issued, the CDC advisory contains the best guidelines for dealing with the condition: “Healthcare providers who have cared or are caring for patients younger than 21 years of age meeting MIS-C criteria should report suspected cases to their local, state, or territorial health department.” This means reporting cases that “may fulfill full or partial criteria for Kawasaki disease … if they meet the case definition for MIS-C.”

Disclaimer: The data in this article was current at the time of writing. Some facts may have changed by the time you read it.

Latest posts by Bruce Pegg (see all)
Multisystem Inflammatory Syndrome in Children: Here’s What You Need to Know was last modified: August 3rd, 2020 by Bruce Pegg