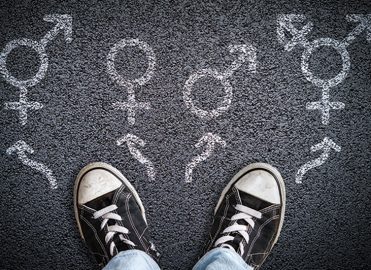 Patients with gender conflict have stereotyping and depression to overcome; don’t let staff and billing be another obstacle they must face when getting medical care. Last month in this gender identity series we discussed how you can help these patients overcome challenges by knowing the limitations of electronic medical records (EMRs) and the importance of good data collection and registration. In this second installment, we explain how the Diagnostic and Statistical Manual of Mental Disorders, Fifth Edition (DSM-5) helps to remove gender identity stigma, how to apply proper coding to medical claims, and how to prove medical necessity.

Editor’s Note: This is the second article in a series of gender identity articles. Part 1 and Part 3 in our gender identity series discuss coding, standard criteria required for gender reassignment, insurance barriers, and what your facility can do to help.

Part of removing stigma is choosing the right words with which to describe the condition. DSM-5 replaced the diagnostic name “gender identity disorder” with “gender dysphoria,” and made other important clarifications in the designation criteria. Replacing “disorder” with “dysphoria” in the diagnostic label is not only more appropriate and consistent with familiar clinical sexology terminology, it also removes the connotation that the patient is “disordered.”

The DSM-5 diagnosis adds a post-transition specifier for people who are living full time as the desired gender (with or without legal sanction of the gender change). This ensures treatment access for individuals who continue to undergo hormone therapy, related surgery, or psychotherapy or counseling to support their gender transition. Gender dysphoria has its own chapter in DSM-5 and is separated from “Sexual Dysfunctions and Paraphilic Disorders.” To be diagnosed with gender dysphoria, there must be a notable difference between the patient’s expressed gender and experienced gender, and it must continue for six months.

Get Familiar With ICD-10-CM Codes

Transsexualism is also referred to as transgender, which is a type of gender dysphoria that can manifest as early as 2 years of age. A transsexual person experiences a gender identity that is not consistent with their biological sex, causing the transsexual person significant distress that impairs their ability to function. A person with transsexualism may feel so strongly that they belong to the opposite sex that they will undergo sexual reassignment therapy. Sexual reassignment almost always involves surgery, in addition to hormone therapy.

Gender identity disorder encompasses several conditions that are characterized by a disparity between the individual’s biological sex and their perceived sexual identity. Another term for this condition is gender incongruity.

To be classified as a gender identity disorder, this mismatch between biological and perceived gender must be accompanied by significant emotional distress and impair the individual’s ability to function in daily life.

Gender reassignment surgery is intended to be a permanent change between an individual’s gender identity and physical appearance — it is not easily reversible. A careful and accurate diagnosis is essential for treatment and can be made only as part of a long-term diagnostic process involving a multidisciplinary specialty approach that includes:

Note: A patient’s self-assessment and desire for sex reassignment cannot be viewed as reliable indicators of gender dysphoria.

The behavioral health professional’s role is essential in providing documentation about medical necessity for gender reassignment. After the individual is professionally assessed, the provider’s documentation and formal recommendation are sent to medical and surgical specialists. Documentation recommending hormonal or surgical treatment should be comprehensive and include ALL the following:

Coverage Depends on the State, Insurance, and Documentation

The Affordable Care Act includes a nondiscrimination provision (Section 1557) that is very detailed and specifically prohibits discrimination based on gender identity, but it does not require health insurance policies to “cover any particular procedure or treatment for transition-related care.”

Depending on the state, insurance, and documentation, health plan coverage may be offered if ALL the following are documented:

The following codes are commonly found on female-to-male (FTM) charts; the insurance company still lists the patient as female:

N90.89 Other specified noninflammatory disorders of vulva and perineum

The following codes are commonly found on male-to-female (MTF) charts; the insurance company still lists the patient as male:

Documentation requirements vary depending on the procedure. For example:

Breast surgery (such as initial mastectomy, breast reduction) requires one letter of support from a qualified mental health professional.

Hysterectomy and salpingo-oophorectomy require that BOTH of the following additional criteria are met:

Vaginectomy requires ALL the following criteria are met:

Orchiectomy requires BOTH of the following additional criteria are met:

What Is NOT Considered Medically Necessary

Cryopreservation or storage of embryo and sperm and cosmetic procedures often are not considered medically necessary as part of gender reassignment and are not covered by insurance.

Professionals Must Attest to Medical Necessity

Some payers and states require two letters of medical necessity from any of the following:

A letter of medical necessity is needed to support the patient’s wish to pursue surgery. The letter should indicate the patient has:

When to Use Modifiers 45 and KX

When submitting claims for gender reassignment for facility claims, administrators are encouraged to report condition code 45 Ambiguous gender category with an inpatient or outpatient gender-specific service. For professional claims, physicians and other healthcare professionals are encouraged to include modifier KX Requirements specified in the medical policy have been met with a procedure code that is gender-specific.

Get Past Insurance Barriers

Next month, our last article of this gender identity series will discuss insurance barriers, what your facility can do to help create a safe environment for patients, and the key takeaways from this series.

Danielle Erickson, CPC, CCS, is a health information management educator with Optum360 with 15 years’ experience in auditing, education, and revenue management. She holds an Associate of Applied Science in Medical Billing and Coding from Northland College East Grand Forks, Minn. Erickson is a member of the Fargo, N.D., local chapter.

Litriana (Lee) Shimano, CPC, CMDP, CCP, PCS, AHIMA Approved ICD-10-CM/PCS Trainer, is an educator with a 30-year background in the healthcare industry. She has had management roles in physician-based services in multiple settings, including private practice, academic health systems, and managed care companies. Shimano has extensive experience leading coding departments, development and delivery of coding education training for all audiences, quality audits for internal staff and external clients, workflow improvement, coding and billing support, and revenue cycle management. She is a member of the Loma Linda, Calif., local chapter.