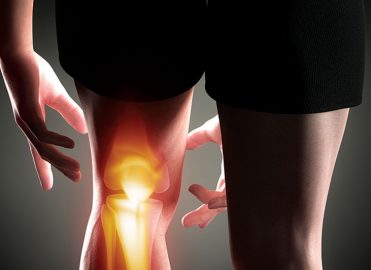 A clear understanding of CPT® and Medicare guidelines will put your claims for these procedures on solid ground.

The meniscus is a c-shaped piece of cartilage between the tibia and femur, which absorbs shock, provides a cushion between the bones, and keeps the knee stable. There are two menisci in each knee joint.

Torn meniscus is a common diagnosis. Sudden or direct pressure to the knee, as well as forced rotation, deep squatting, or heavy lifting, can lead to meniscus injuries. Degeneration and overuse can weaken the cartilage, making the menisci prone to tears.

Treatment for meniscus damage depends on the size, type, and location of the tear. Most surgeons treat meniscus tears with arthroscopic surgery, which involves inserting a thin, flexible fiber-optic device into a small incision in the knee. The surgeon then maneuvers tools through the arthroscope or additional incisions in the knee.

29880  Arthroscopy, knee, surgical with meniscectomy (medial AND lateral, including any meniscal shaving) including debridement/shaving of articular cartilage (chondroplasty), same or separate compartment(s), when performed

29881  Arthroscopy, knee, surgical with meniscectomy (medial OR lateral, including any meniscal shaving) including debridement/shaving of articular cartilage (chondroplasty), same or separate compartment(s), when performed

CPT® codes for meniscus repair without chondroplasty include:

Although the National Correct Coding Initiative (NCCI) bundles 29877 Arthroscopy, knee, surgical debridement/shaving of articular cartilage (chondroplasty) and the meniscal repair codes, with a “0” modifier indicator, which typically means you cannot separately report the codes under any circumstance, Medicare allows providers to separately report chondroplasty with meniscal repairs if performed in a different compartment of the same knee. Medicare instructs coders to use HCPCS Level II code G0289 Arthroscopy, knee, surgical, for removal of loose body, foreign body, debridement/shaving of articular cartilage (chondroplasty) at the time of other surgical knee arthroscopy in a different compartment of the same knee. Do not separately report chondroplasty if another surgery is performed in the same compartment.

Because the definition for G0289 says, “at the time of other surgical knee arthroscopy,” if chondroplasty is the only procedure performed, 29877 is the appropriate code for all payers, including Medicare.

Arthroscopy codes 29877 and G0289 may never be reported with meniscectomy codes 29880 or 29881 for the same knee because the chondroplasty is inclusive to their definitions.

As is true when reporting chondroplasty, CPT® and Medicare have different reporting requirements to report arthroscopic removal of loose or foreign bodies.

For Medicare patients, however, G0289 specifies that the loose or foreign body removal must be performed “in a different compartment of the same knee.” Therefore, for a Medicare beneficiary, do not report loose or foreign body removal performed in the same compartment as another procedure, even if the size or incision criteria are met. Report 29874 for a Medicare patient only when it’s the only procedure performed.

Medicare reinforces its definition of G0289 in Chapter IV of the NCCI guidelines: “HCPCS code G0289 shall not be reported for removal of a loose body or foreign body or debridement/shaving of articular cartilage from the same compartment as another knee arthroscopic procedure.”

CPT® has assigned the “separate procedure” designation to 29875 Arthroscopy, knee, surgical synovectomy, limited (eg, plica or shelf resection) (separate procedure). As such, do not report 29875 with other arthroscopic procedures in the same knee. You may only report 29875 when it’s the only arthroscopic procedure performed on the knee. Compartments are not recognized for the purpose of reporting this code.

To report 29876 Arthroscopy, knee, surgical; synovectomy, major, 2 or more compartments (eg, medial or lateral), the documentation must establish pathologic synovial disease is present, not merely loose synovium in the joint. The surgeon should document the medical necessity and performance of synovial resection from two or more compartments in the knee. Reporting major synovectomies also varies between CPT® and Medicare rules.

According to CPT®, as long as pathologic synovial disease is present, you may use 29876 with another arthroscopic knee procedure, even if it occurs in the same compartment — excluding procedures for removal of loose/foreign body or chondroplasty.

Coding knee arthroscopies is far less complicated when you are clear on which guidelines to follow and understand what the guidelines mean. Always thoroughly review the provider’s documentation in the medical record and ask questions if you’re missing a piece of information necessary to code correctly. 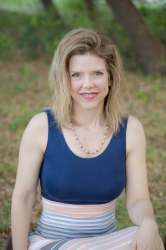 Carol Ermis
Carol Ermis, CPC, COSC, CPMA, AAPC Fellow, is the billing director at Orthopaedic Specialists of Austin, where she’s managed the revenue cycle for 13 years. She serves on the advisory board for The College of Health Care Professions. Ermis is a member of the Austin, Texas, local chapter.

About Carol Ermis Has 1 Posts

Carol Ermis, CPC, COSC, CPMA, AAPC Fellow, is the billing director at Orthopaedic Specialists of Austin, where she’s managed the revenue cycle for 13 years. She serves on the advisory board for The College of Health Care Professions. Ermis is a member of the Austin, Texas, local chapter.