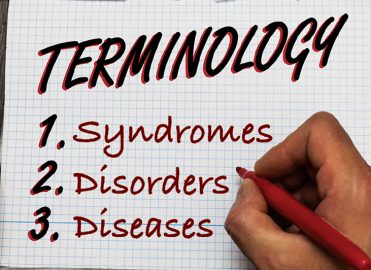 Bolster your clinical coding by understanding the differences between syndromes, disorders, and diseases.

While most people are familiar with the basic concepts of syndromes, disorders, and diseases, it’s not uncommon for these terms to be used interchangeably. It’s important to remember that these words do have different meanings, which can affect medical coding.

To excel as a medical coder, you must be able to differentiate medical terms and recognize common conditions. Working in healthcare, you’ve probably heard of more than most, but it’s always good to learn a few more. I keep a running list of conditions — similar to “word of the day” — but instead, it’s “disease of the day.” This is just one way to enhance your knowledge and, in turn, sharpen your coding skills.

Is it a Syndrome, Disorder, or Disease?

Diagnostic categories provide a useful framework for organizing and explaining the complexity of clinical experience. Despite their widespread use, terms such as syndrome and disease are sometimes utilized improperly and ambiguously. To avoid such errors, let’s start by defining these key concepts.

Syndrome: This term is used to describe a recognizable collection of symptoms and physical findings that frequently appear together and characterize or suggest a specific condition for which a direct cause is not necessarily understood. The word syndrome is derived from the Greek sundrome, which means concurrence of symptoms.

Quite often, a syndrome is thought to be attributable to a particular disease or disorder. In some instances, a syndrome is not specific to just one disease. Common medical syndromes include carpal tunnel syndrome, Down syndrome, and restless leg syndrome. According to an article in the Journal of the American Medical Association, as of 1990, there were 2,700 documented syndromes.

Disorder: This term refers to an irregularity, disturbance, or interruption of normal functions. It simply means something isn’t working right due to disease. Like syndrome, disorder refers to a cluster of symptoms, and there is no implication of etiology. For example, a disorder resulting from cardiovascular disease is an arrhythmia (irregular heartbeat). An arrhythmia is not a disease itself — it’s an abnormal heartbeat that occurs as a result of having cardiovascular disease.

Disorders can be classified into the following areas: mental, physical, genetic, emotional, behavioral, and structural. Many people are familiar with mental health disorders such as personality disorders, eating disorders, anxiety disorders, and obsessive-compulsive disorder.

Disease: This term denotes a medical condition characterized by functional impairment, structural change, and the presence of an identifiable group of signs and symptoms. Diseases are a pathophysiological response to internal or external factors and they have a recognizable etiologic agent. Once medical science identifies a causative agent or process with a relatively high degree of certainty, the illness is then referred to as a disease.

There are four kinds of disease: pathogenic, deficiency, physiological, and hereditary (both genetic and non-genetic). Diseases can also be classified into communicable and non-communicable. Common diseases include coronary artery disease, chronic obstructive pulmonary disease, and diabetes.

With the declaration of COVID-19 as a global pandemic due to the unusually fast rate in which the virus was spreading, your next question may be: What’s the difference between epidemic and pandemic? Let’s start with the first level of disease — referred to as the baseline or endemic level — which is the amount of a particular disease that is usually present in a population within a geographic area. Occasionally, the amount of disease in a community rises above this expected level, and when it does, the following terms are used based on the extent of disease spread:

Epidemic: This refers to an unexpected increase, often sudden, in the number of cases of a disease above what is normally expected in that population in that specific geographical area. In other words, the disease is spreading rapidly and affecting many people at the same time. Outbreak carries the same definition as epidemic but often involves a more limited geographic area. Examples of past epidemics are measles, typhoid, smallpox, polio, and severe acute respiratory syndrome (SARS).

Pandemic: This is an epidemic that has spread over several countries or continents and affects a large percent of the global population. A pandemic differs in that it affects a wider geographical area (often worldwide), infects a larger number of people, spreads quickly, causes more death, and is often caused by a new virus or new viral strain for which there is little to no immunity.

Expand your knowledge of syndromes and how they are coded using the following examples:

Now that you have a solid understanding of disease categories and levels, you can apply this knowledge to your everyday life and use it to excel in your healthcare business career. 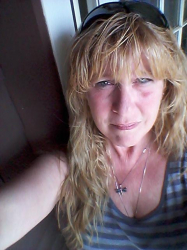 Susan Edwards
Susan Edwards, CPC, CEDC, CMRS, is an ER coding specialist at Children’s Hospital. She is past president of the Swainsboro/Statesboro, Ga., local chapter and sat on the 2013-15 AAPC NAB and 2010-13 AAPCCA BOD.

About Susan Edwards Has 2 Posts

Susan Edwards, CPC, CEDC, CMRS, is an ER coding specialist at Children’s Hospital. She is past president of the Swainsboro/Statesboro, Ga., local chapter and sat on the 2013-15 AAPC NAB and 2010-13 AAPCCA BOD.

One Response to “Deconstruct Diagnostic Categories and Disease Levels”