Test Your Understanding of Modifier 57 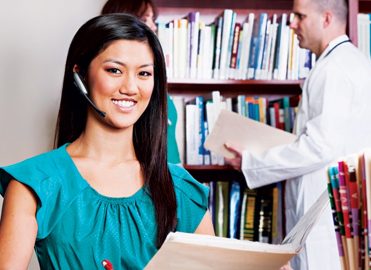 Become a modifier expert by looking at the numbers.

Pop quiz: A patient is admitted to the hospital. The provider orders a workup on the first day and, based on the results, makes the decision to perform a partial colectomy, which is performed the following day. In addition to reporting 44140 Colectomy, partial; with anastomosis, you want to code for the initial hospital evaluation and management (E/M) with 99222 Initial hospital care, per day, for the evaluation and management of a patient ….

In this scenario, can you bill for both the E/M and the procedure? If you can, does the E/M code require a modifier? And if it does, which modifier do you use?

The two modifiers generally used in this kind of scenario are modifier 25 Significant, separately identifiable evaluation and management service by the same physician or other qualified healthcare professional on the same day of the procedure or other service and modifier 57 Decision for surgery.

In our scenario, you may be tempted to eliminate modifier 25 simply on the basis of the words “the same day” in the modifier descriptor since the provider performed the colectomy the day after the E/M. The decision not to use modifier 25 in this scenario is correct, but for a different reason, which you shall see shortly.

You may also be tempted to think this means there is no need to apply a modifier at all. But here’s why that would be incorrect.

Even though the provider performed the colectomy the day after the E/M, the Centers for Medicare & Medicaid Services (CMS) regards the E/M as being performed during the global surgical package for 44140. The package, “also called global surgery, includes all the necessary services normally furnished by a surgeon before, during, and after a procedure,” according to CMS.

The global package assigned to a procedure also determines the appropriate modifier choice to unbundle an E/M service from a same-day procedure. CMS assigns three different kinds of global period to procedures, depending on whether they are major (90 days) or minor (10 days or 0 days).

As we have seen, by assigning 44140 a 90-day global period, CMS has determined that a colectomy is a major procedure. This means you can bill the “initial consultation or evaluation of the problem by the surgeon to determine the need for major surgeries … separately using the modifier ‘-57,’” as the visit “may be billed separately only for major surgical procedures,” according to CMS.

For minor procedures, however, “the initial evaluation for minor surgical procedures and endoscopies is always included in the global surgery package,” per CMS guidelines. Even so, you can use modifier 25 to unbundle an E/M from the procedure, providing the E/M is “a significant, separately identifiable service … performed … by the same physician on the same day of the procedure,” CMS guidelines go on to say.

It All Adds Up to This

Latest posts by Bruce Pegg (see all)
Test Your Understanding of Modifier 57 was last modified: November 1st, 2020 by Bruce Pegg